By Ccobbina (self media writer) | 19 days ago 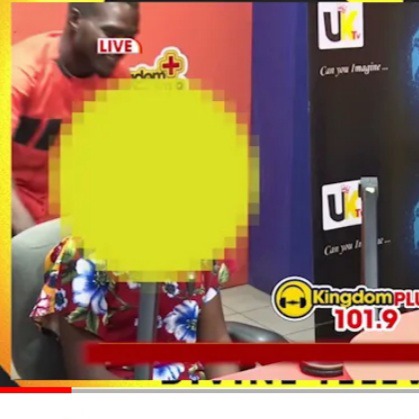 A 27 years old lady called Gifty who stays at Amasaman has narrated how her boyfriend planned her death in order to used her for money rituals but her mother saved her. Gifty met her boyfriend after she completed Junior high school. At that time her mother was seriously sick so they were facing financial problems, getting money to buy food was very difficult for the family.

When the young man proposed to Gifty, she did not accept but she told her elder sister about the proposal. Because of the hardships there were going through the elder sister advised Gifty to accept the proposal so that they will get money from the boy to feed themselves. She then accepted the proposal and they used to meet in an uncompleted building. Some few months later, the lady was not hearing from the boyfriend again.

He later called Gifty and informed her that he was having problem with his phone that is why he has not been calling them.The young man then invited Gifty to his house, the elder sister gave her money for transport. When she got to the boyfriend house, he took him to a friend's house. He decided to sleep with her but Gifty didn't agree with him. Then she decided to leave but did not know her way back.

The boy made an agreement that if sleep with him, he will take her back. Gifty was not having any other choice that to agree with him. Sometimes, she paid his registration fees, buy clothes and even buy a phone for him. They had a misunderstanding and they separated but after she completed Senior High School, Gifty went back to guy at Swedru. She said sometimes, when the boy sleeps with her, he used white handkerchief to wipe her face and "toto" and then put it under the bed.

Her mother and their pastor advised her to break up with the boyfriend but she did not listen to them. He bought two sandals for Gifty but when she brought it to the house, her mother took it. Then the boy called and asked the reasons why she gave the sandals to the mother. Later the guy took her to a pastor and they put her a room, they tore her dress into pieces and cut the hair too.

The next day they took her to a forest and tied her on a tree and the boy's brother was holding a cutlass heading towards her. She started praying for God to save her and all of a sudden the brother then went back. Gifty took one of those men phone and called her father and told him what was happening her. Her mother then called back to threaten them so they took to her Swedru and the mother came for her. She was then taken to the hospital for treatment.