By mCjill (self media writer) | 2 months ago

He claimed that he stayed in her slavery for so long because he cares about his children, whom he wants to see grow up with a father role in their life.

Vivian Olusola Omololu Wiwoloku, a Nigerian residing in Italy, has alleged his estranged wife, Veronica Bolaji Wiwoloku, of plotting to assassinate him and seize all of his assets in Italy and Nigeria. Olusola further claimed that his wife sent a bogus letter to the Italian authorities requesting that he be deported to Nigeria.

Veronica had requested the husband's place of work, Pellegrino Della Terra, and the Italian government to investigate him and ensure he was deported to Nigeria in an interview with a media organization (Not SaharaReporters). She blamed Olusola for abandoning her and marrying another lady in Nigeria, despite the fact that they were still legally married. 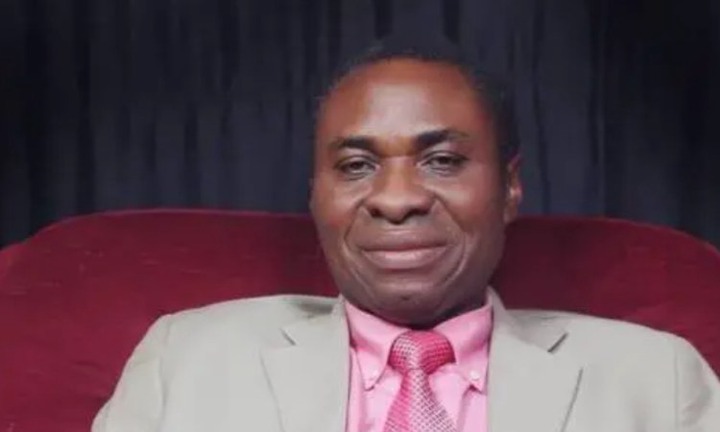 The Italian businessman told SaharaReporters that he moved out of their house in Italy in 2019 because it became clear that he was going to fall to despair as a result of his wife's alleged mistreatment. He said that his wife handled him like a delivery boy in their own home, where he had no voice.

He went on to say that throughout the years they were married, Veronica was the husband and he was the wife, and that he had to put up with a lot of abuse.

He said that he lingered in her slavery for so long because he cares about his children, whom he wants to see grow up with a father role in their life.

"Please, Nigerians, I need your support. First and foremost, I'm not a fan of publicity." Also, I'm now defenceless and have no idea where my helpers could come from. I've given up my house, for which I've paid a mortgage for over two decades and which I'm still paying for Veronica Bolaji because it's an unpleasant place where she screams at me, smacks me, and gives me a 'washdown' in front of the kids at the least provocation. I could beg Bolaji for sex for weeks when she was my wife, which is meant to be one of my conjugal rights, and even when she was travelling to Nigeria, where she would occasionally remain for three months, she would willfully refuse me sex for weeks before travelling and going away for three months. It pains to talk about it, but we once had a cause to bring up her attitude in front of one of my older sisters and her husband, and the guy informed her that no lady in Nigeria could do that," he said.

"She reacted condescendingly, knowing that her husband couldn't even eat outside, let alone see another lady." I've been using anti-hypertension drugs for a time now. When I began to notice some signs of sadness, I was obliged to leave home in order to find peace of mind and recuperation. Members of the church sought to organise a reconciliation meeting between us after I left the house, but she resisted all efforts, claiming that she was well without the weight of a man. I deeply regret meeting and bringing to Italy a woman named Bolaji Veronica. She clearly grew up with the freedom to do anything she wanted. No one can give her guidance or correct her. She drove me entirely towards my family members and friends. Her sworn opponent was my elderly mother, who died at the age of ninety. She refused to look at my mother for the last twenty-five years of her life. Despite my mother's desire to meet and get to know my children, she prohibited her from visiting us in Italy. "She claimed that Mama could not live with her, and because my mother refused to remain in a hotel or with a family member, we couldn't address this issue of Mama's travel to Italy indefinitely; because now Mother has departed to rest."