People who totally changed their appearances

By Coastofgold (self meida writer) | 11 days

Cristerna aka vampire woman was brought up by a deeply religious household. She is a mother to four children from a previous marriage which didn't work out very well. It was abusive. She's a Mexican lawyer, businesswoman, activist and tattoo artist. She is known for her extensive body modifications, which she embarked on as a form of activism against domestic violence so she wanted to look like a vampireHaving finished law school, Cristerna now uses her knowledge in reaching out to women in her city who have also experienced domestic violence. 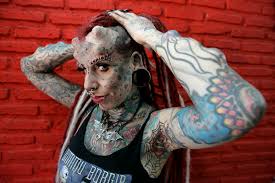 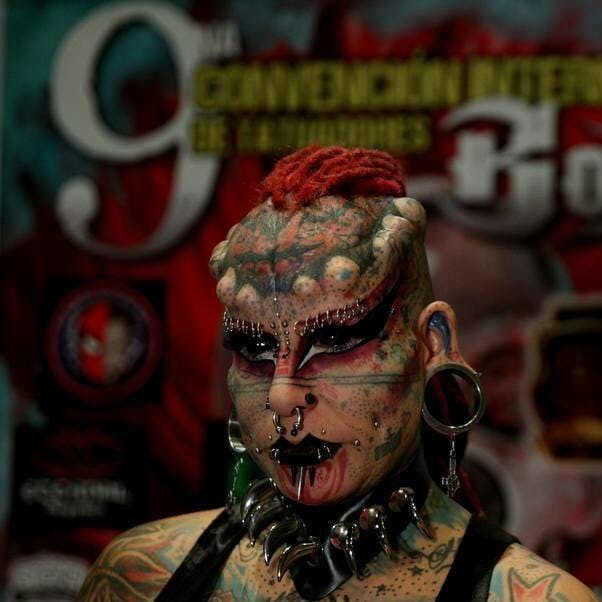 Erik also known as the Lizardman is trying so much to look like an actual lizard.He is hoping to get a tail some day.he hold a Bachelor of Arts degree in Philosophy from Hartwick College in Oneonta, New York. 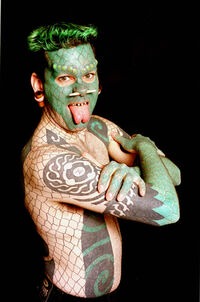 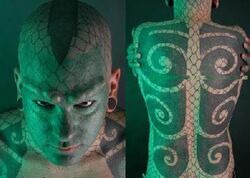 Dennis Anver aka stalking cat was very obsessed with cats that he spent years modifying his face and body to look like a cat.He underwent a series of operations to alter his appearance, including bifurcation (the splitting of his upper lip), surgical ear pointing, silicone cheek and forehead implants, tooth sharpening and facial tattoos and piercings. He also grew and painted his fingernails to look like claws.He was found dead in his Nevada home in 2012. 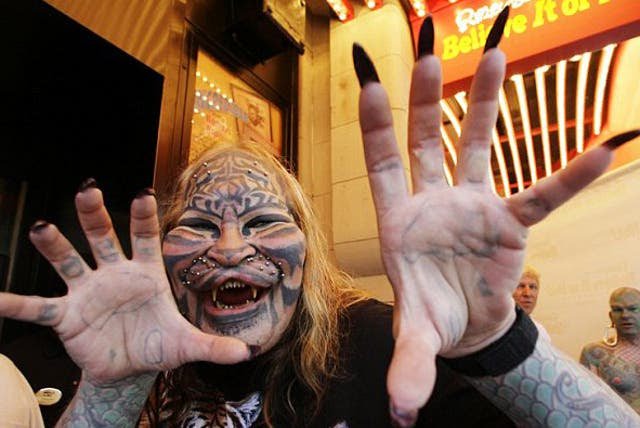 Mr Leppard served 28 years in the armed forces.After leaving the military, he reportedly spent more than £5,000 on tattoos, choosing leopard spots because of his interest in big cats. 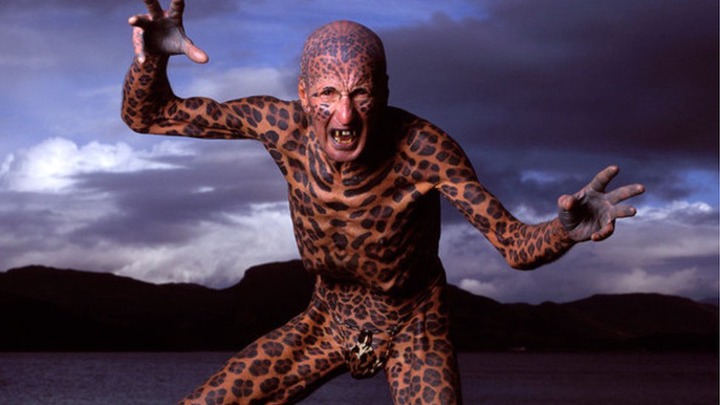 (Gregory Paul McLaren) was born on 1971 in New Zealand, is a Performance artist,street performer,performer at the International Arts FestivalLucky Diamond Rich is 100% tattooed and holds the title of the world's most tattooed person 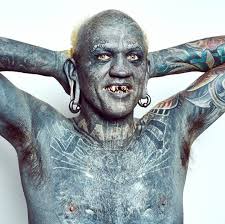 Commonly known by the nickname The Illustrated Lady or The Irvine Walker, born in 1955, had 95% of her body covered in tattoos and held the Guinness Record for being the most tattooed woman in the world.Gnuse was diagnosed with a rare skin condition called Porphyria when she reached her mid-30s. This condition causes the skin to blister when it is exposed to direct sunlight. For this reason, Gnuse began searching for a way to combat this unfortunate side effect so that she could live a normal life.She found her method in perhaps the most unconventional of places—a tattoo .So I had the idea of a colorful tattoo, then I got hooked. I got addicted.She died August 11, 2016 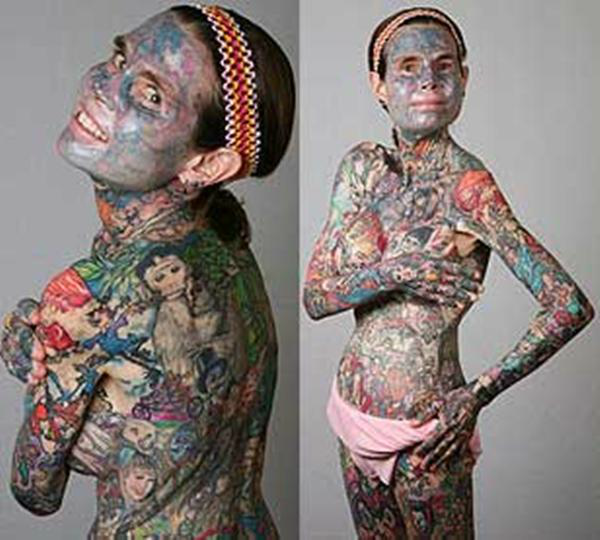 She has piercings all over her body including stomach, breasts,hands and even 214 adorning her pubic. In January 2019 she had 11,003 body Piercings and is still getting more piercings to hold on to the record Also known as Zombie Boy, was a Canadian artist, actor, fashion model, and musician. He held a Guinness World Record for his full-body .The model lived a troubled life, spending half a decade when he was just a teen living rough on the streets of Montreal after running away from home.He had half his brain removed after doctors discovered a tumour following a blackout he suffered as a teen.After recovering from his surgery he got his first tattoo, a scull and crossbones on his left shoulder.He reaveled being depressed.Genest, better known as "Zombie Boy", died from a severe head injury after falling from a third-floor balcony in Montreal, Canada, according to the coroner's report.