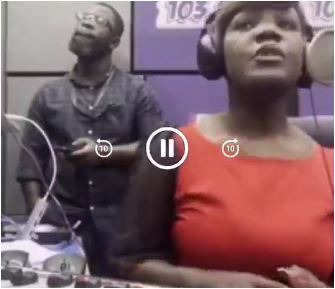 A lady has shared her painful story on live radio and many Ghanaians after coming across this video couldn't keep mute over it. She revealed on Hitz 103.9 FM that she is a 40-year-old woman who has been married for 7 years with no child. Her younger sister is 35 years old now and she lives outside the country with her husband.

The woman said that when she started life as a young lady in her twenties, she had a boyfriend that she loves so much. They dated for 10 years and had 6 abortions. The only friend she has at that time was her younger sister who used to bring her drugs to get rid of her pregnancy anytime she gets pregnant. And she didn't see it as abortion because she always finds out that she is pregnant in the first week.

In the 10th year of dating her boyfriend, the guy sadly left her for another woman. She became devastated by the way her boyfriend left her. But God was so good to her and she met a new guy at a friend's party. They were so much in love that they exchanged contacts and started dating. The guy lives outside the country but they managed to call each other every day and have some romantic talks.

She broke the news to her mother and younger sister and they were so happy for her. The guy returned to Ghana and in less than six months they got married. Her husband made her passport papers and in two years' time, she joined him abroad. So she has lived overseas with her husband for 5 years now. During the years of staying abroad with her husband, her mother called her and convinced her that she should talk to her husband so that her little sister will join them abroad.

Since her little sister is a nurse, life will be better for her abroad than in Ghana. Initially, her husband rejected the idea but she convinced him to agree. But as she speaking now, her little sister is pregnant with her husband. The worst news is that her sister has told her husband about the 6 abortions she had when she was dating her ex-boyfriend and told him that this is the reason she cannot give birth.

The lady then called her mother to tell her what her younger sister has done. The advice her biological mother gave to her is to leave her husband for her younger sister. She is so devastated and doesn't know what to do. 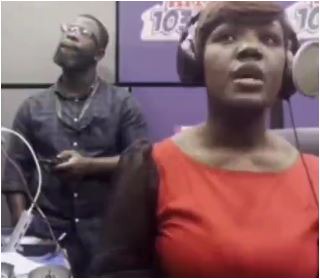