Remember The 2 Men Who Exchanged Wives, See How They Have Been Doing

By Ericajenny (self meida writer) | 25 days

Over the years, mysterious things have been happening. A good example was when two men exchanged wives through a mutual agreement that was overseen by the area chief who was identified as Chief Wafula.

In African traditional society swapping spouses and wife inheritance after the spouse dies was common. But in the modern era, it is rare to find people swapping lovers.

Two Busia county women, 28-year-old Lilian Weta said to be a mother of three and 29-year-old Millicent Auma, a mother of two swapped their husbands in a bid to find happiness. 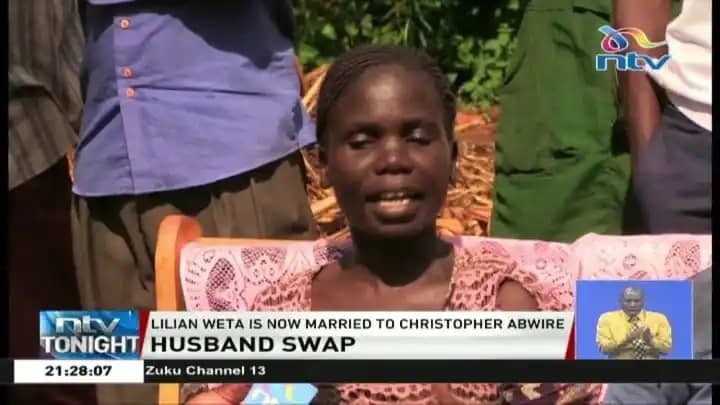 Millicent Auma was living with her husband Christopher Bwire in Siroba village, Matayos constituency. Suddenly, she walked out of the tumultuous marriage and moved in with one Kevin Barasa, a married man with three children.

Barasa and Lilian Weta, 28, have lived together as husband and wife for more than 10 years in Namwitsula, Butula constituency and have three children, but were experiencing constant quarrels.

Two years into marriage with their new spouses, the couples came out in public to confirm they're happier ever since they swapped partners.

Speaking to Nation Television, Christopher and Lilian were as happy as a lark as they described the one year they've spend together in marriage.

"Even when you look at me before, I looked old but now I look like a young man," Christopher said.

Lilian confirmed she's a happy mother ever since she married Christopher

"I am a very happy woman, my children and myself live a good life," an elated Lilian said.

The couple is expecting their first child together who they believe will be born in a happy family. 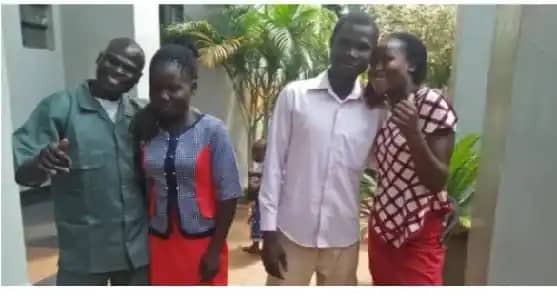 Speaking to NTV, Christopher and his now wife of one year had smiles written all over their faces signifying the bliss they have been having together after the unforgettable swap.

The bizarre decision to exchange wives in September 2019 was influenced by believable rumours that the men were having illicit affairs with each other's women.

Interestingly, the four of them have kept contact for the sake of their children whom they see once a month at the Busia Children's Department.

Lilian, a mother of three, while Immaculate Wekesa, 29, has two children from her previous union.

Nothing motivates people more than the feeling of happiness. Happiness is without definition because it means something different to everybody. You will take the actions to be the best you that you can be simply because you are happy and exhume positive energy which will attract the same energy to you.