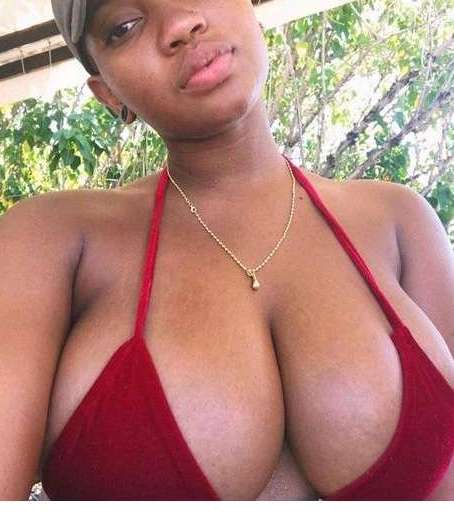 Being single isn't for everyone. Taking in the faint fragrance of cologne as you hug your boyfriend? Or just having someone to make you feel connected and safe. If you long for a boyfriend but seem to be having trouble getting one, read this article for some helpful hints to get you on your way to finding true love (and a nice, warm cuddle partner).

Meet new guys. Before you get a boyfriend, you'll have to meet some guys. Don't worry, it isn't as scary as you think. You can try to get into a relationship with a guy you already know if they are decent, or you can go out and meet some new guys. Check if he has qualities you like in a relationship. This is easy and fun to do, so don't be nervous! Make sure when you're meeting new guys you don't come across as fake. Join a club, community class, or activity group. You can play a sport you like, take an art class at your local community center, or join a study group. Find something that appeals to you and you will instantly be meeting people that you have something in common with so you have something to talk about. Go out to clubs (adult or all-ages clubs, depending on what you prefer) and start talking with new people there. Just be careful and practice common sense. Find a group on the Internet which appeals to you. This can be a fan forum for a show or activity you like or maybe a multiplayer video game which you find fun. However, make sure you don't share your personal details online with anyone you don't know.

Get to know him a bit. Once you initially meet someone, get to know him a little bit before deciding that he will be a good boyfriend. You can't judge him entirely on how he looks. Try to gauge if he meets your minimum requirements for someone to date. Is he funny? Smart? Nice? Decide what is important to you and gauge these things during your initial conversation. If he seems totally different than what you're looking for, it's not worth it just because he's hot.

Make sure he is not in a relationship. If he already has a girlfriend or boyfriend, it's best to be just friends. Put yourself in his shoes: Would you want another guy (or girl) to meddle in your relationship? Think about it; you would probably answer "no" to this question. Backing off is helpful to everyone: him, yourself, and the person he's dating. Plus, you'll find another guy eventually, so keep searching.

Find out what other people think of him. Ask around about what this guy is like. If his friends seem honestly happy about the idea of him being in a relationship, that is a good sign. Ask mutual friends about what they think about him and try to get to know his friends or coworkers as well. However, judging a guy entirely on what others think is not the best way to go. People may have a bad idea of him for the wrong reasons; it's best to get to know him yourself too.

Take it slow. Don't rush your new friend, but remember: if he doesn't like you for who you are, don't spend time on him. Don't hope he'll be your boyfriend right away; give him time to get to know you too. Hang out every once in a while to begin with, then start hanging out more often if it's going well. Usually, if you hit it off and have a lot of fun together, the friendship will grow on its own into more frequent visits. Try not to be that person who looks too desperate; you don't need to decide that he is your future husband within the first week of meeting him.

Show him what's unique about you, but remember to be yourself when you talk to him. This is especially important if he's the kind of guy who's used to having others approach him. It's important that you try to stand out a bit, but don't change who you are. Don't just be another person pursuing him for his looks. Take an interest in him as a person and show him who you are too. Show him the best parts of who you are! Let him get to know you. Have your limits (a guy worth dating will be okay with that), but don't be afraid to try new things. Does he listen to a band you've never heard of, or never bothered to listen to? Give it a try, you might like them! If you put forth the effort and create a genuine opinion, even if it (respectfully) differs from his, it can at least give you something to talk about.

Be a good friend. As you become close, be sure to be good to him. Be supportive. Be someone that he can trust and admire. Most guys tend to date people with whom they have more things in common than just attraction. Being close friends with him makes it easier for you to interact with him and for him to see what he stands to gain from being around you more often.

Get to know each other. Get to know who he is as a person. This will tell you if he is someone that you really want to get emotionally invested in. You don't have to like everything about him, but you do have to be accepting of your differences. You can't change some things, especially not at the beginning of a relationship, so it's important to like him as he is. Talking about politics, religion, your childhood and family, as well as your experiences in school and your hopes for the future will tell you a lot about who he is as a person. Let him know you're interested in his personal life, but don't invade his privacy.

Find out what his status is. Try to gauge if he's open to a relationship in general. Maybe he's already got his eye on someone. Maybe he's just had a horrible breakup and he's not open to dating at the moment. You will need to respect him, his feelings, and the situation he's in by not being overly pushy if he isn't in the mood for a relationship. You may try to wait it out, but only if you're okay with just ending up his friend if it doesn't work out. It can be hard to get information like this without simply asking him. Try the old-fashioned method of asking around. Mutual friends may have more details. His friends may even be willing to help, if they want to see him in a relationship and they think well of you. Be open to the idea of just being friends. Guy friends are awesome too! It is important to flirt with the guys you are interested in. Don't flirt with every guy if you're only interested in a few, you may give off mixed signals.

Try to make him his best self. Everybody wants to be with someone who makes them a better person. It makes us feel good about ourselves and reassures us that we can be good people if we try. Make this guy the best version of himself by encouraging him to do the things he loves and giving him the space to do those things. However, don't push too hard. If he tells you to back off, listen. Remember: don't be condescending, push unwanted advice and help, or try to change him into what you want him to be. Helping him to be his best self is about helping him make the changes that he wants in his life, not turning him into what you want him to be.