A woman who had split from her husband like a year earlier stormed at Emmanuel Worship Church to prevent his former husband's wedding from taking place.

The woman who goes by the name of Susan Shikuku tried to stop the wedding saying that she is still the wife of his husband who was now remarrying as they had not yet legally divorced. 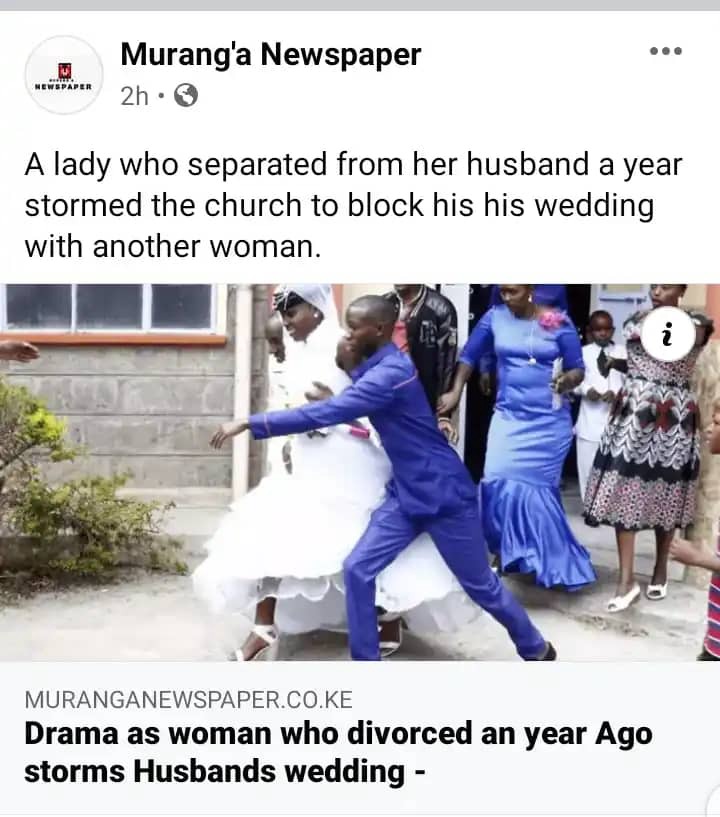 "We have two kids and we have a girl. But we're not divorced, he wanted to remarry. I love my husband. We've only separated for a short time. After the church storm, I won't let my husband remarry, as we have children and must commit ourselves to raising our families." 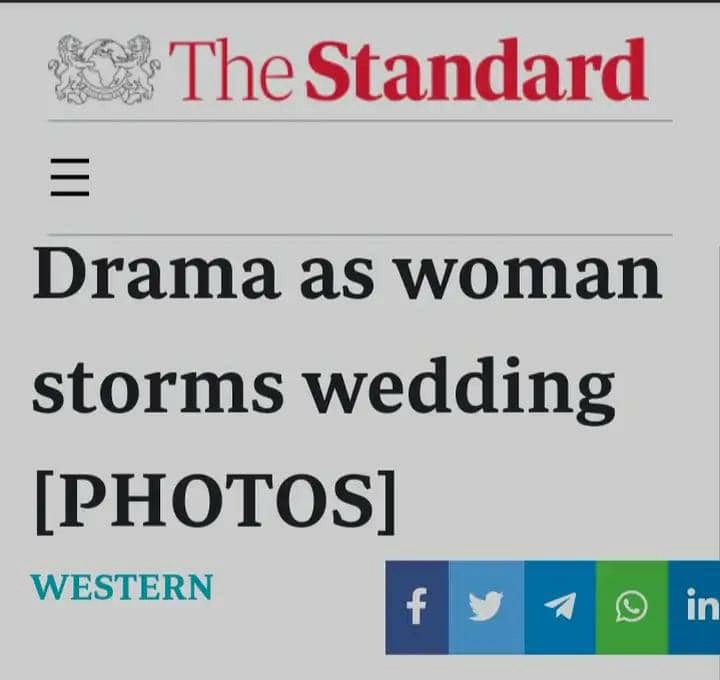 The woman said she really loved her husband. Shikuku said that both had split for a short time, so that the husband would not remarry. She said that both the husband and children would devote their time to bringing up the family. Pastor Didmus Ndula remarried a lady named Jackata Navile.

In addition, Shikuku said marriage was initially scheduled for Kakamega in Mumia East, Shianda before movement. 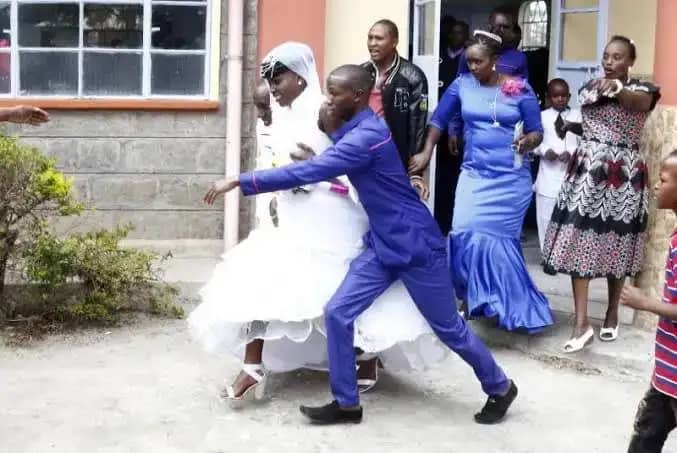 "They were confusing me in two ways, but I had my informants in both churches.

The lady who admitted that she only had been separated for quite a while didn't promise to marry him because she remained in love with him. And also to raise three girls with her, he would devote himself.

As the drama continued, Ndula and his wife to be Jackata Navile took advantage of the situation and quickly exchanged vows while police were alerted and soon after drove the couple away from the church.

Bishop Dag Must Come and Kneel To Apologize As Batamahene Did: Otumfuo Nyamekesie Says on Seat Show