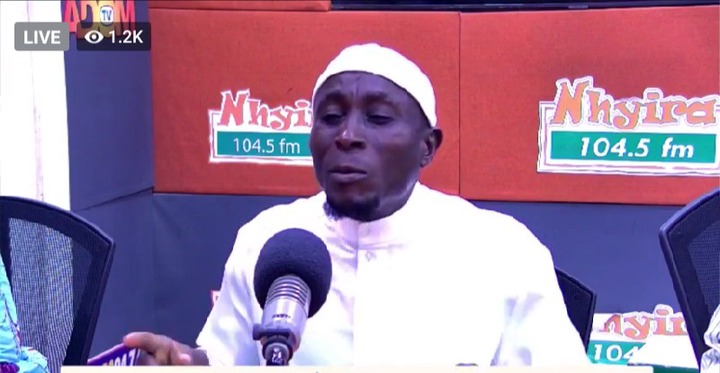 A father in an exclusive interview this afternoon narrates how his 19 years old daughter ran away from her husband's house three days after they got married. According to the father, his daughter named Memuna who is 19 years of age was staying with her grandmother but she came back to live with them due to her stubbornness.

They accepted her and she began learn hairstyling but the young girl stopped the work and started selling to sustain herself. A few months later a young man named Dauda and his father came to ask her hand in marriage, they too accepted the marriage proceedings.

They brought him GH2,500 to buy the necessary things Memuna will need for the marriage. Three days after his daughter got married to Dauda, she ran away from her husband's house without informing any of them. They searched for her for several months before they found her at the market.

The father claims he asked his child why she ran away from the husband's house, she revealed to him that she is no longer interested in the marriage again but she didn't revealed the reason behind her decision. Although they stayed with her after this incident hoping that she will changed her mind and go back to her husband.

She again ran away and went to stay in another man's house, it was at that time they found out that Memuna is pregnant for that man that's why she ran away from her husband's house. The father added that his son-in-law and his father is now demanding an amount of Ghc5,000 they used in getting married to his daughter but he doesn't have such an amount to pay them.

The father said Memuna went to stay house in her female friend house for some months now, they even advised her to come back home but she declined their offer. Now she has birth and they have money to pay for her bills so they want her boyfriend who impregnated her to pay for the bills. According to their neighbor, Memuna used to play with her sister but she began to sleep in their house every evening whilst she is pregnant.

They confronted her mother about why she allowed her pregnant daughter to stay in another person's house but the mum revealed to her that it is her child's wish to stay there. The neighbor claims the young girl delivered through surgery a week ago but none of Memuna's parents is willing to pay for the hospital bills for her to be discharge from the hospital.