Bill exercises three times a week, eats heart-healthy foods and watches his sugar intake. But all his efforts could be a waste of time if Bill doesn’t stop neglecting a key area of his health: his emotions.

Bill is an angry man. He hates his job, hates his daily commute, hates that he’s been passed over for promotion three times, etc. Yet most would not know that Bill is so angry. He gets his work done. He doesn’t complain, at least not to his colleagues. But his wife often gets an earful of negativity every evening, and his kids have learned to avoid him.

Then there’s Sue Ellen. She can’t understand why she’s been experiencing heart palpitations and facial tics lately. She thinks there may be something physically wrong with her, but her doctor says, no, it’s just stress. She thinks: It’s true; I do worry a lot. Who doesn’t?

These two scenarios do not represent specific people, yet they depict normal circumstances in which people suffer from an unsuspected buildup of toxic emotions.

The power of emotions

Emotions are essential to our well-being. They are, in fact, God-given. He has not given us good or bad emotions, however, but rather a wide range of feelings that all serve a purpose.

So when do emotions become toxic?

Most of us live in a very passive way. We drift along with the currents of life, experiencing highs and lows: the waves of fear, uncertainty and despair, as well as the surges of buoyancy that highlight times of joy and excitement.

We’re determined to keep our noses above water no matter what, yet we internalize stress along the way. We get used to the nagging headaches, knots in our stomach and the tension in our shoulders. We pop antacids, antidepressants and accept that disappointment, pain, fear, worry, resentment and depression are just a part of life.

But this kind of roller coaster living leaves us feeling a little wobbly, both inside and out, and can deplete us of both physical and psychological health. Consider these medical facts:

There is a mind-body connection; how you feel on the inside affects you physically.

Emotions stimulate the release of hormones into the body that, in turn, trigger the start of many diseases.

In his book, Dr. Colbert discusses how and why certain patients, when faced with an incurable disease, seem to shift their entire focus, reprioritize their lives and, in some cases, actually get better (p. x).

These people make conscious choices in that moment to stop dwelling on negative, painful experiences and instead focus on what really matters: God, family, forgiveness and things that bring them true peace and joy.

For further insight into choosing how we will respond to life, read “The Power of Choice: Complaining, Comfort and Contentment.”

Our power to choose

Consider Viktor Frankl, a Jewish psychiatrist who survived one of the Nazi death camps of World War II. He continued to hold out in part because he came to see that there was a gap between what happened to him (the trigger) and his reaction to that trigger. In that gap lay the freedom to choose. It was his personal power to choose his response that defined him, not the horrifying events that were happening around and to him.

The same is true for us. One of the greatest gifts God has given us is the amazing ability to choose how we react to events around us via our thoughts, emotions and behaviors. Healthy thinking leads to greater emotional and physical well-being.

How can we react to situations in a healthier way? Here are four biblical keys:

Pray to God about your worries and concerns. You can cast “all your care upon Him, for He cares for you” (1 Peter 5:7). His shoulders are much broader than yours, and He wants to help carry your burdens.

Have an attitude of thanksgiving. Focus on the blessings you have received, not negativity (1 Thessalonians 5:16-18).

Try hard to encourage others. Focusing on others takes our attention off our own problems and builds up others (1 Thessalonians 5:11; Proverbs 16:24).

Turn off the noise! To be spiritually and emotionally healthy, it’s important to focus on the important things in life—and minimize distractions (Matthew 6:25-34).

It’s time to stop drifting along, passively reacting to life’s stressors. God wants us to live joyfully, not suffer the effects of toxic emotions. 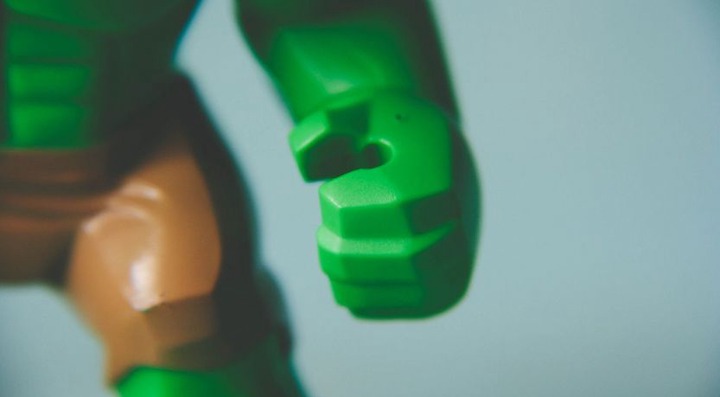