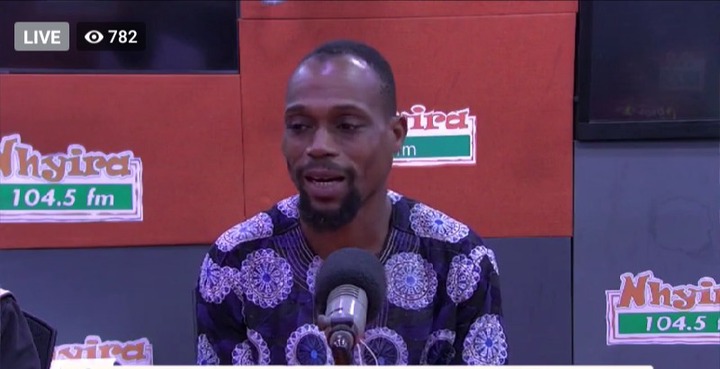 A man by the name of Michael Zigunu recalls what his daughter's boyfriend told him after he impregnated his child. The man said, his 19 years old daughter named Gifty is in her final year in Senior High School. A few months ago, he found out that his daughter is pregnant, he asked her who is responsible for the pregnancy, the young girl reveals to him that, it was a 26 years old man called Peter who impregnated her.

Michael said he went to Peters's house with his daughter to inform him about the pregnancy, the young man accepted the pregnancy and decided to take care of Gifty till she will deliver. Michael said his daughter's boyfriend didn't do as he promised, he didn't send the girl any money, he then informed Peter's boss about what was going on, they all met and came to an agreement that Peter will give Gifty GhC300 every month.

He paid for only one month, he tried to call and asked him about why he doesn't want to send the money to the girl, Peter told him that he was not willing to pay any money but his boss forced him into that agreement so they should rather go and collect money from his boss. According to Gifty, Peter started chatting with her when she was in school.

The man proposed to her last year September, she even informed her elder sister about her relationship with Peter but her sister advised her not to continue with the relationship but rather focus on her studies. She didn't listen to her sister but continued to date Peter, 6 months later she found out that she is pregnant with Peter.

Peter too said they were close friends before they got into a relationship. He said Gifty doesn't respect him and also he got information from his friend that she is still dating her ex. He then decided to break up with her but she came to inform him about the pregnancy two weeks after he break up with her. He accepted the pregnancy and has been trying his best to take care of her but Gifty tried many times to abort the baby but it was not successful.

Accra hearts of oak's Ghana premier league titles and the years they won them.

You are on the path of greatness. Samuel Ablakwa Okudzeto art photo chills fans.

French Ambassador To Ghana Enstoolment As Queen Mother At Osu