A Marvelous Story of a 39-Year old Man who found the love of his life in a whatsapp group.

By Boysons (self meida writer) | 19 days

At Harare Magistrates Court on Friday, a 39-year-old man married the love of his life.

Many other couples married on the same day, but Phillip Marufu and his bride, Esnath Gwenzi, 38, drew all the publicity. 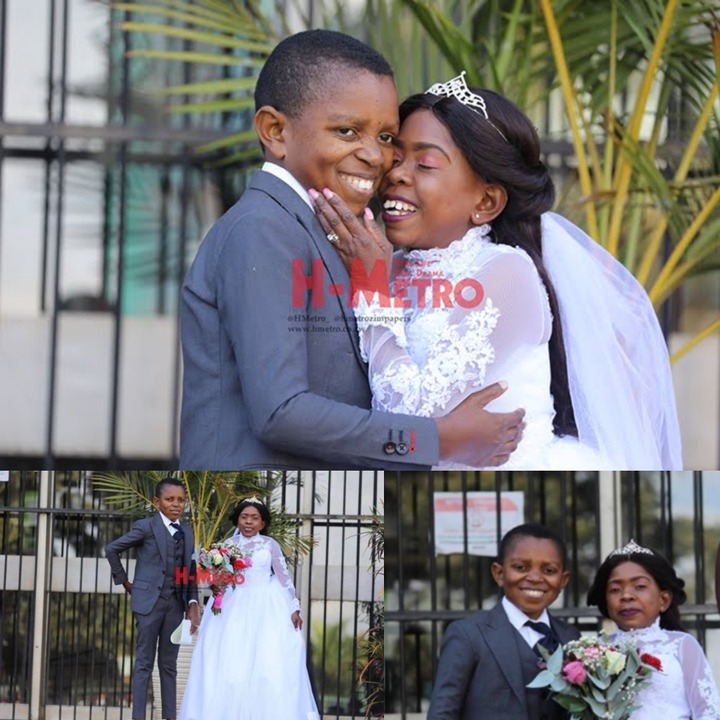 The height Phillip is 1.36m and that of Esnath is 1.26m, set them apart and reminded many of Nigeria's Nollywood stars of Tom and Jerry.

The Marufus claim that life as a short person is difficult because Zimbabwean society is racist, but they have grown thick skin as a result. Laura ran a WhatsApp community called "Little People," where the two met.

“When Laura was interviewed on Star FM, we became aware of this party. That's when we got the phone number and decided to enter. Since there are so few short people in Zimbabwe, the group was very small. “I met Phillip there in 2017 and we became friends,” Esnath said. 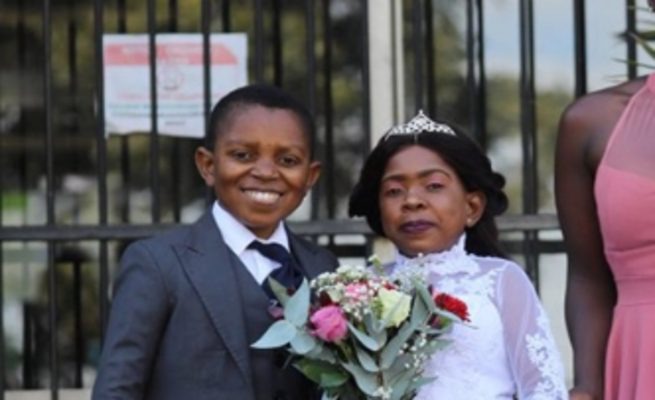 They began dating six months later, and their romance blossomed, culminating in their wedding on April 16, 2021.

“We were living together before our wedding on Friday. We didn't go on a honeymoon after our wedding; instead, we returned home, but we're happy to be legally married,” Phillip said.

Phillip is a well-known designer and tailor who rose to prominence after creating suits for Phillip Chiyangwa. His wedding suit was also planned and customized by him. 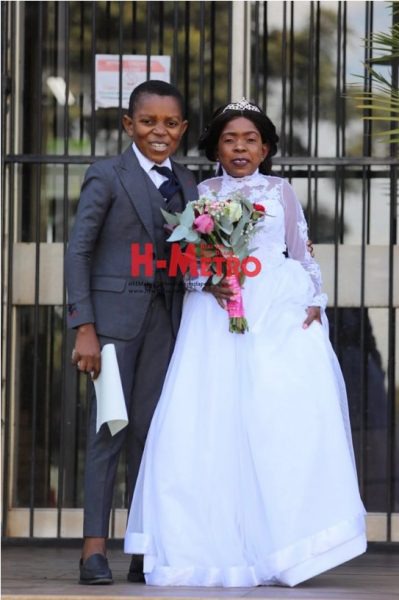 “In 2016, I made about five suits for Dr. Chiyangwa. I've also designed shirts and ghurka pants for Freeman, which he wore in a video with Gemma last year.

“I mostly get orders for suits, and I can do about three suits a week,” he said. Esnath enjoys working with his hands.

“I used to work at Bindi Trust Arts in Eastlea, which was managed by a lady named Belinda Clowes. Esnath said, "I was her manager for seven years before I quit after getting married."

Following their traditional wedding in 2019, the couple moved to South Africa for a year before returning to Zimbabwe for their wedding.

“We returned to Harare because we have aspirations for our lives and businesses. Esnath purchased machines in South Africa to help her with her craft work. Phillip, who comes from a family of six children, said, "I hope to raise enough money to also get machines to venture into designing and producing leather shoes for both events and casual."

“In my family, there are three boys and three girls, and I am the only one who is short. However, since my great, great grandfather was short, I believe it is hereditary.”

“There are eight children in my family, and I am the seventh born and the only one who is short. There are four boys and four girls in our family, with me being the youngest of the girls. “In my family's lineage, I am the first short person known,” Esnath said.

But would they mind if they had children who were also short? They all said, "Yes, we wouldn't mind!"

“Indeed. I've been praying for this my whole life, and I want to give birth to giants,” Esnath added. “The level of discrimination, especially in Zimbabwe, is ridiculous. People sneer and make amusing remarks as you walk down the street. ‘Kamukadzi here?' you hear them say. Is this Kagogo? 'Kamwana kadiki (Is she an adult, a grandmother, or a child?)

“People in South Africa are not like that. If they don't recognize you, they address you as aunty and are extremely polite. People in Zimbabwe must be taught about the importance of short people. 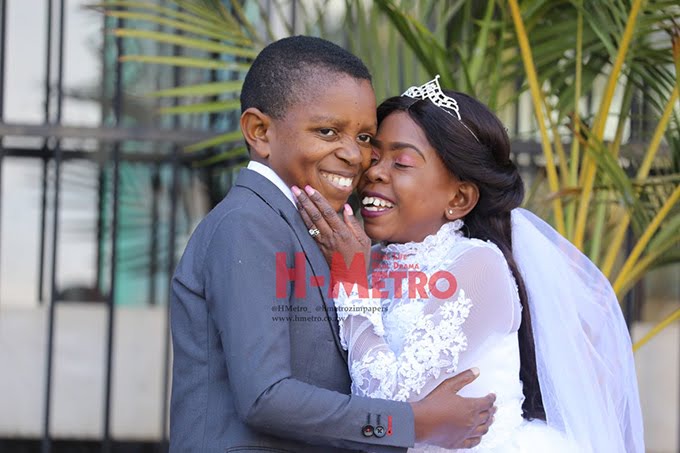 “We once bought a house through a real estate agent. After we got married, we decided to rent two rooms, and the landlord said yes, we have two rooms, come see them. When she saw us, however, she changed her mind and said, "hapana imba."

“Then, as we were leaving, we overheard her telling the agent, ‘If you keep bringing these types of people, I won't be able to work with you,'” Esnath said.

How much does stigmatization have an effect on them? They all said at the same time, "We don't care anymore."

“Despite their derogatory remarks, we walk in public. We don't mind if they refer to us as Tom and Jerry. Having trouble finding a place to live just motivates us to work harder to get our own place. Right now, we're fortunate in that we live in the Avenues and don't have a landlord,” Phillip added.

“However, this stigma has a negative impact on our fellow short people, and we hope that our story and exposure in the media can help to reduce stigma and prejudice against short people. Most of our short friends in Zimbabwe never have their photos taken or leave their homes, which is terrible,” he said.