She Warned Me To Never Call Her Again, Because She Doesn't Date Broke Guys, But Later Regretted

By HenryArko (self meida writer) | 17 days 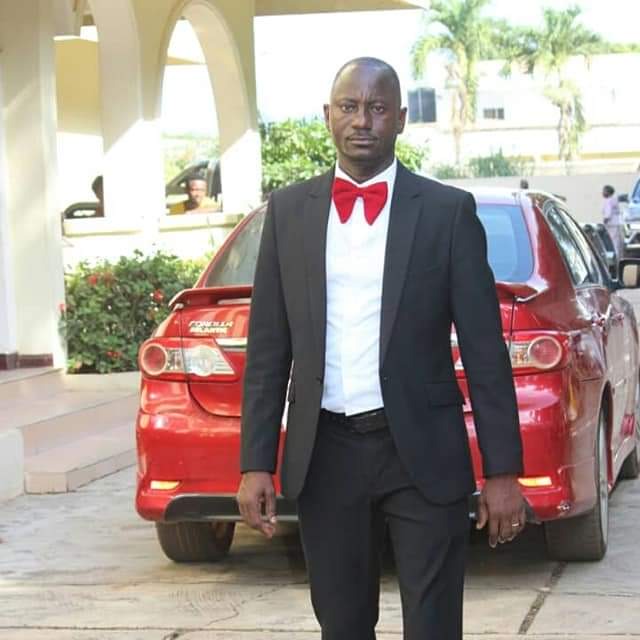 A young man with the Facebook handle, Nana Ansah Sasraku has shared a very dicey story on an experience she had with a lady in connection with mobile money.

He narrated that, he used to admire one student nurse so much unbeknownst to her. And so one day, he took her number from one of her friends and began chatting with her.

Despite the fact that she couldn't even recognize his voice, the next day she requested that he send her an amount of GH¢200 for something very urgent.

This current trend where some young women take undue advantage to request money from guys that come their way is becoming too rampant.

Sometimes, the amount they request is so ridiculous considering the fact that there isn't any commitment between them and those guys.

This crop of ladies mostly assume that any guy that reaches out to them is in for a relationship, and so use that opportunity to make ridiculous demands.

Ladies who are fond of doing that must know that they lose dignity in the face of those guys just by doing that. Such must understand that it is only when they have the orientation of independence that a guy can respect them.

Now back to the story, when the guy replied that he didn't have that kind of money to give her, she then warned him never to call her again, because she doesn't date broke guys.

The funny thing is that the young man had not even proposed love to her, but imagine how she quickly assumed that and started making demands. For all you know, she was only trying to make a fool out of him.

The young man then made it clear to her that he never proposed love to her. He then went ahead to disclose to her that he knew her personally, and had been a secret admirer for some time, but her action had come as a great disappointment to him. She then began to shiver.

Later when this young student nurse had managed to find out who the young man really was, got so ashamed and told one of his colleagues to apologize on her behalf.

She later called the guy personally to ask for forgiveness, but the harm had already been caused. He had lost respect for her; she had lost dignity in the face of the young man. That's how the love for money can land people in.

See screenshots of the story below: 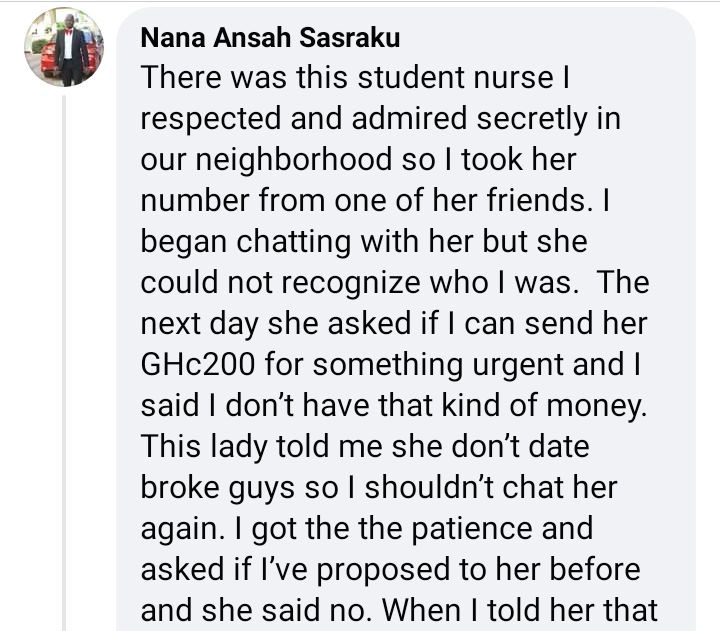 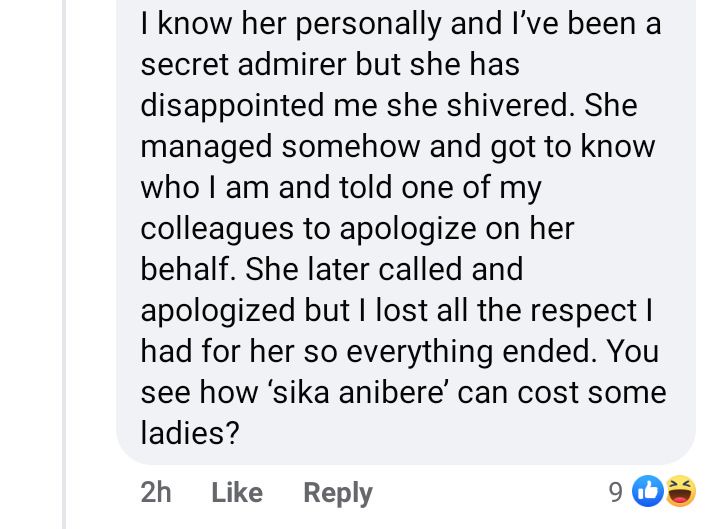 If you have ever had a similar experience, you can share with us in the comments section.