Division Of Labor In Marriages: What Has Gone Wrong?

By Nic-Relationships (self media writer) | 5 months ago 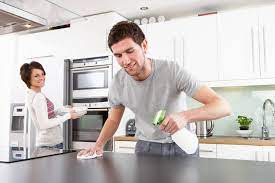 People are often happy whenever they are about to get married. It’s not surprising to see two people smiling while walking down the aisle. But it is not only about how happy one is during marriage ceremonies, it’s also about how prepared both couples are in making the marriage journey an everlasting one.

Marriage comes with responsibilities and it is important for people to note down marital responsibilities and plan on how to go about them even before marriage. But most people do not consider this because there is already a socially constructed role of what a wife should do and what a husband should do in a marital home.

Socially, women are believed to be responsible for taking care of the house which includes performing all house chores such as cleaning, doing laundry, cooking, taking care of children among so many other chores. Husbands on the other hand are expected to provide financially for the home.

As to whether this division of Labour is fair or not, one cannot tell easily. However, not all women are happy being in the house performing house duties and not all men are happy being the only one providing financially for the house. One thing this socially constructed rule of husband and wife duty seem to have forgotten is the fact that now, women are equally providing for the house yet the home duties are still performed by women alone in some homes which is totally unfair. 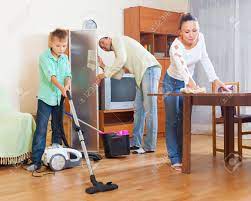 Some men are taking advantage of the situation and do not help their wives in the homes even on days they do not go to work. Some men have been socialized to believe that doing house chores reduces their worth as men which is not even true. But when a woman helps them to provide for the house financially they see nothing wrong with it. They don’t consider her sharing their burden of being the family provider emasculating at all, but perceive their helping her with the housework to be emasculating and against their inherent manhood.

Now most men want an educated woman who is working and gaining income so she can support the husband financially when need be. However they are not in any way talking about how to share household duties to make it easy for both parties since they both will be working. Women and men will equally go to work, close at the same time and the man only comes to relax while watching the woman cook and multitask at the same time. Imagine cooking and cleaning at the same time and a baby starts crying, then you have to leave the cooking and cleaning to attend to the baby after which you go back to the other things while your husband is comfortably sitting and watching television unconcerned, how will you feel?

Well some men will argue that the woman was not forced to work but how do you expect to marry a graduate and expect her not to work. That will even be unfair to her and her family. Even if a man is taking good care of such a woman, who takes care of the woman’s family? Must a woman always depend on her husband to buy everything she needs? Most women have ended up sad due to lack of financial independence.

They always have to depend on their husbands and it is sometimes frustrating to the men as well. A man continuously being the only one providing for the needs of the house including that of the wife can also be very hard for the men. Also, Some are even maltreated by their husbands because they feel like such women cannot survive without them. Most women can’t walk out of abusive marriages because when they walk out, they can not cater for themselves financially. 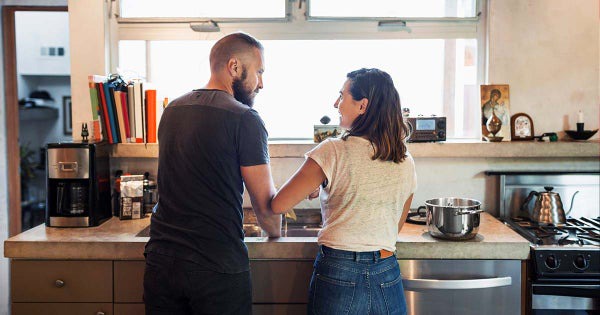 To every coin, there are two sides. Just like how this has been unfair to women, some of the actions resulting from these socially constructed roles have equally been unfair to men. Some men are struggling to always provide fir their household. Even in situations where the wife is working, the man alone is expected to pay all bills, and provide for the wife and children in addition. Some women will see their husbands going through financial challenges and can help but will not help them because they believe it’s not their responsibility. If you are a working woman and you believe that paying bills with your husband is not your responsibility, then the man also may have the right to refuse doing house chores since both of you are going by the socially constructed way of life. There are men who have been depressed because of financial challenges. They sometimes keep to themselves and try as much as possible to still provide for the house including the wife who can already provide for herself.

I think that it’s important that both men and women work and based on the nature of their work, they look for the best way to handle their responsibilities. It should not necessarily be what society has constructed for them. It can be something that will favour them based on their circumstances.

However in all, regardless of the format one chooses to go by, whether socially constructed or personally constructed, the little thing that matters is supporting each other to achieve the common goal. Marital responsibilities shouldn't be seen as something that will bring tension between two married couples. Both parties should look for a way to do things that will make it easier for them. Support each other!!!