Is your girl mad at you? Try this out 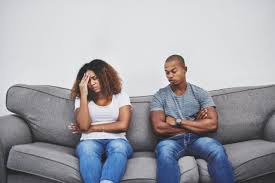 It’s easy to get frustrated when a girl that you care about is mad at you, especially if it feels like you don’t deserve it. Getting her to forgive you can be challenging, but try to put your ego aside and make an honest effort to get back in her good graces. Start by apologizing, and mean it. Let her share her own perspective and feelings about the situation. Then, ask her how you can make it up to her and take steps to do so.

Understanding Her Point of View

Hear her out and listen to her side of the story. Don’t get defensive and start fighting with every little point that she makes. Instead, sit quietly and calmly listen to her point of view. She may point out something that you did without realizing it, or tell you exactly how to fix the problem. Even if she doesn’t tell you something you didn’t already know, giving your friend or partner the space to speak is essential to a healthy relationship.

It can be frustrating to just sit there and hear all of the things that you did wrong. Don’t get upset and try to keep an open mind while you’re actively listening.

Let her vent if she gets a little frustrated and don’t interrupt her. If she gets really upset and starts to tear into you, give her a little time to work through some anger or sadness. It won’t do anyone any good if she just keeps it bottled up, and it will make her feel better. If she is in the middle of a long rant, just sit quietly and let her work through it.

She may say some hurtful things while she’s venting. It’s okay to say, “I was hurt by what you said,” but under no condition should you interrupt her.

Understand where she’s coming from by listening actively. Listen carefully when she speaks and try to consider things from her perspective. If you just take a second to listen to why she’s angry, you'll be able to better understand how to earn her forgiveness.[3]

It’s easy to get upset and thrown completely into a funk the moment that she says she’s upset. Try to fight this feeling. You’ll end up focusing on the wrong thing from the start.

Don’t try to level the playing field by pointing out what she did wrong. If she gets mad over a comment or joke, you may initially feel she is being irrational. If she said or did something that made you act out in the first place, you may think that she has no right be mad. Don’t follow the impulse to fight back or criticize her. There will be a time and place to discuss both perspectives, but in the heat of the moment, getting angry is just going to make her upset.

There’s a difference between asking for clarification and provoking. Feel free to ask questions about why she’s upset, but don’t talk down to her or minimize her feelings.

Say sorry and be as genuine as possible. Start out with a heartfelt apology. A simple, “I am really sorry for what I did. I was wrong,” is a perfectly acceptable way to start out. You cannot get an angry girl to forgive if you don’t apologize, so start off on the right foot by saying sorry first.

Don’t use a snarky or sarcastic tone.

“I’m really sorry,” and “I’m so sorry” sound better than, “Sorry,” which can come off as curt and dismissive.

Own your mistake and admit what you did wrong. You aren’t going to be able to move forward until you accept that you were wrong, so don’t bother trying to bring up anything that she did. If you’re uncomfortable apologizing or owning up to your mistake, take a breath and keep your apology simple.

If you’re scared that you’ll start a fight or you can’t keep calm, consider writing your apology down and giving her the letter. This will have the added benefit of showing her that you care enough to take the time to write your thoughts down.

Say, “I should have told you about the job before I told my friends. I screwed up,” or, “I know that it was wrong to not call you when I came home and I’m sorry.”

Express remorse to show her that you feel bad. She is more likely to move past your mistake if she knows that you feel bad about what you did. Feeling guilty is a sign that you know you did something wrong, and telling her that you understand why she’s upset will make it easier for her to try and let it go.[7]

Say something like, “I shouldn't have blown you off the other night. I feel terrible.”

Even if the two of you aren’t romantically involved, explain why your mistake was so bad and acknowledge your relationship. Say, “You’re my best friend, I don’t know why I would ignore your calls like that,” or “You’re my sister and I’d never be dishonest on purpose.”

Use the word “mistake” to talk about what you did. This makes it seem like you weren’t actively trying to hurt her.

Don’t say “I’ll try to not do it again,” but, “I won’t do it again.” If you frame it like it’s outside of your control you’ll seem like you’re leaving the possibility open that you’ll do it again in the future.

If you’re going to explain your mistake, say something like, “I won’t say something like that ever again. I thought I was telling a joke, but I see that it was dumb.” If you try to justify it you may only make things worse.

Offer to try again by repeating your date or conversation. If you upset her in the middle of an important conversation or intimate date, ask her if the two of you can try it again. This will show her that you’re making an honest attempt to repair the rift between the two of you while demonstrating that you’re willing to change.

If you made her mad by making an insensitive joke or passing comment, there may be no need to revisit it.

Say something like, “So I know I kind of screwed it up last time, but I’m ready to give it another shot if you are. Can we try that dinner date again?” or, “I don’t know why I got so jealous the first time, but I do want to hear about your vacation. I promise to not act like a fool this time.”

Ask her if she wants some space and respect her answer. The best way to figure out if she needs space or not is to simply ask her. Frame your question in a way that makes it seem like it’s okay if she needs some space by saying that you understand why she would want to be away from you. There’s nothing wrong with offering to give her some space, and she’ll decline your offer if she authentically wants to move on.

Say, “Do you need a couple of days away from me? If you do, it’s perfectly alright. We can revisit this topic when you’re feeling a little better.”

A lot of people just need some time to cool down and relax. It doesn’t mean that she doesn’t want to be your friend or girlfriend anymore.

Get her a simple gift to show her that you care about her feelings. Chocolates, flowers, and other small gifts can be an excellent way of showing her that you're ready to put in the effort to make it up to her. If you’re older or dating, a nice meal at her favorite restaurant can be a great way to sit down and work through any grievances in a positive setting.

If you don’t have any money, a handmade gift can be an excellent way to show her that you care about her.

Present the gift as a sort of additional apology. Say, “I got you this. I felt really bad about what I did and when I saw this I thought of you.”

Ask for forgiveness and find out how you can make it up to her. If you spent a few days apart from one another, there may be some awkward vibes between the two of you—even if you got her a gift or apologized. Be straightforward and ask her how she’s feeling to see if she has any residual or negative feelings. Ask if she forgives you, and if she says she doesn’t, ask her what you can do to fix it.

Start with something like, “How are you feeling? I understand if you’re still upset.” If she says she’s fine, ask “Do you forgive me?”

If she says that she doesn’t forgive you, say, “How can I make it up to you? What do I need to do to show you that I’m sorry?”