By Ahomka.News (self meida writer) | 8 days

It was not long ago after two people alleged to be couples were caught on camera doing the do. According to the news that was published earlier, these people got stuck in the process of doing the thing at the Bosomtwe lake in the Ashanti Region. In the video, the lady was heard shouting while the guy was also screaming and telling those around to take it easy because he is really in pains. He was also heard saying it has stuck inside. Since the video went viral, many people have given it to them for doing such an abominable act. 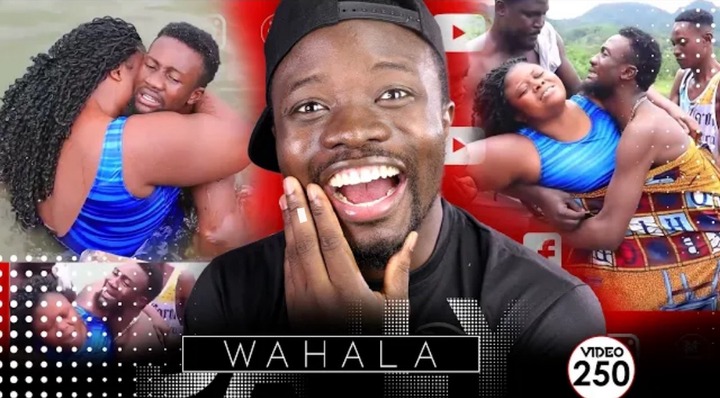 Little did we know the video that was circulating online was just a movie that was shot but it was depicting a true life story that happened some time ago at the same place. Explaining well about the incident by Francis on his Magraheb TV, he said he got a direct message on his Instagram handle shortly after reacting over the video. According to him, the person took his time and explained to him that, the video that has garnered many views and reactions on social media was just a movie. 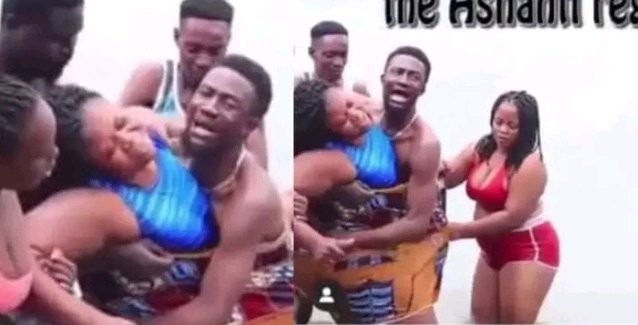 He said it is a movie they decided to shoot at the lake but the incident has happened before and it's a true life story. The person also said he knows the director of the movie and they stay together as well. He explained to Francis that, ever since the video caught the attention of the public the insults they have been receiving is too much and it's about time they have to clear the air for Ghanaians to know the real truth behind the video. He then sent the full link of the video to Francis that proved that it was a movie.

Any married man who claims he does not have side chick is a liar, my wife knows it I have one– Odike

Checkout the throwback photos of Juliet Ibrahim which will inspire.