By Blind_Justice (self media writer) | 17 days ago 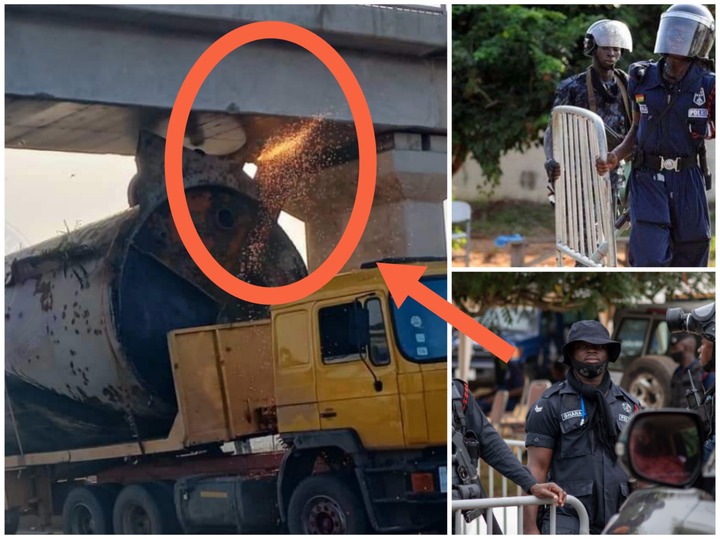 Some Ghanaians have vented their anger at the Ghana Police Office over the inconveniences that the low-bed truck that got stuck under the Hong Kong bridge on the George Walker bush motorway, caused this evening. About a dozen of Ghanaians in their reaction to the update provided by the Police Public Relations Unit, charged the Inspector-General of Police Dr. George Akuffo Dampare to investigate his officer on that road over this accident.

According to them, there is no way this truck with such an overload [above axle] could have gone unnoticed given the recent police visibility on the highways. The demands are that some heads must row over this incident, as they argue that the negligence of police officers to stop the truck from carrying such an ‘illegal’ load could have caused lives this today.

The low-bed truck was loaded with rusty metal scraps including a tank. Due to the height of the load, the scrap metal got the vehicle stuck beneath the overhead bridge. As the driver forced the car to move the metal started scratching the concrete surface and sent sparks of fire around it.

It was a disaster, and should the Police and Highway authorities delay any further the traffic that might ensue would have been worse. Though they have saved the situation, the public insists some discipline must be instilled.

Some wondered how such a load managed to go through various police checkpoints on the road to that end. The demands are that all police officers on duty on that road should be questioned, probably for failing to ensure that the truck was stopped from carrying such a load. 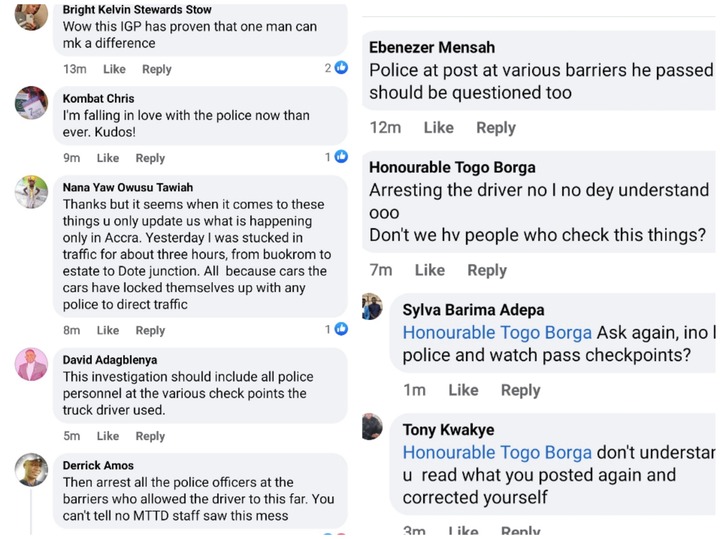 As the concerns pour in, one Nana Yaw Owusu Tawiah drew the attention of Ghanaians to what the police have failed to do in the recent past. According to him, the emphasis on events within Accra with regards police operations on the highway has overshadowed happenings in other areas of the country.

He shared that he spent about three hours in traffic on the Buokrom-Estate-Dote Junction road because there were no police officers to check indiscipline drivers on the road.

Sad news hits the people of Kumasi-Santasi in the Ashanti Region of Ghana.