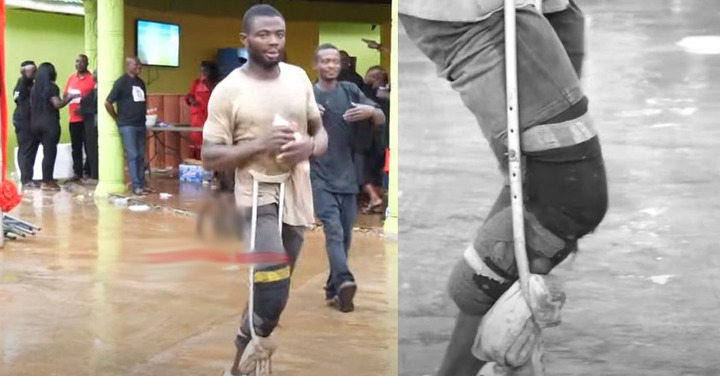 Life is like a measuring scale, whilst some people are enjoying all the best things, others have been facing one challenge after the other. Sickness is one of the challenges of life that crashes the dreams of people. Even though there are people who come to the world with one form of disability or the other, several others, unfortunately, are crashed through road accidents whilst growing up and the complications make them disabled.

The sad aspect is that life becomes very difficult after one part of the body gets affected. This is exactly the case of Atta Kofi Adam, a twenty-five-year-old young man who has had one of his legs amputated. He was employed by a timber company at Akyem where they move into deep forests to cut timber for processing. 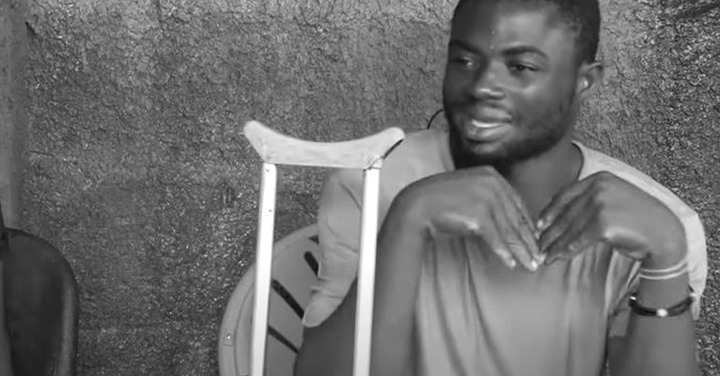 It was during one of the trips when the timber truck had an accident and unfortunately fell on the right leg of Atta Kofi Adam. He was sent to a hospital in Koforidua where doctors were contemplating what to do with the leg since it was badly injured. Atta Kofi Adam realized he was suffering and it would be better to lose the leg. He then begged the doctors to amputate the leg to enable him to use crutches for the rest of his life.

After the surgery, life has been bad for the young man who has a wife and two children. No company now wants to offer him employment neither is he able to do any heavy task. He has a farm where he feeds his family from but the proceeds are not enough to raise enough money. Now, he has resorted to dancing at funerals and other engagements where people gift him money. 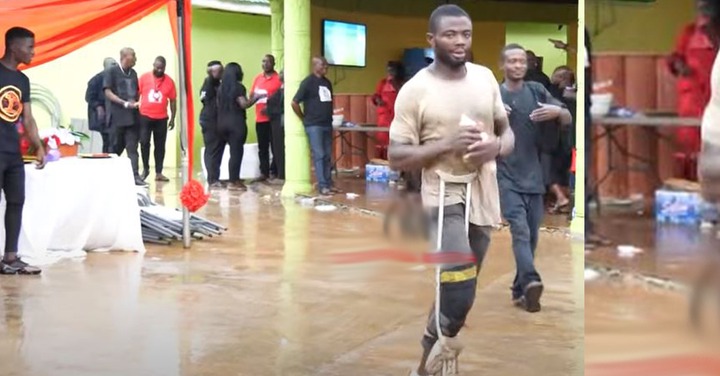 Sometimes, the young man contemplates ending his life but upon second thought he believes it shall be well. His story is a sad one but his company could have done better to save his situation. After the accident, the young man could have received a huge compensation from his company to help his upkeep. However, the company only offered him GHC 1,500 and that ended it. They have since not shown any concern to better his life. His condition can never be reversed and as such, the company could have done better. This goes to advise all that when employment is offered such circumstances must be factored in before accepting to join the company. A good company would have catered for the young boy or set him up after the accident.

Why You Must Stop Watching Adult Video

5 tips to maintain a healthy relationship

Secret Guide: How To Get The Girl Of Your Dreams Quickly

Places Where You Can Meet Your Future Girlfriend