Finally one the popular and renowned Pastor that Ghana has produced, has Revealed Four places where earthquake will occur in Ghana. The General overseer and the founder of "God's Crown Chapel", "Prophet Reindoph Oduro Gyebi", who is also known as "Eagle Prophet", has been known of being genuine when it comes to real prophecies and word of GOD. It was gathered that the popular man of GOD has drawn the attention of many Ghanaians, after he gave out a prophecy about a student who died in an accident, while she was going on an execution. It is said that Prophet Reindoph is known for giving out real prophecies, that sometimes he comes out publicly to clarify people who disbelieve his words of Prophecies.

There is a trending latest update, where the man of GOD has given out another Prophecy, over an earthquake that tends to happen in four different places in Ghana before this year ends.

According to the information gathered, the man of GOD said:

"Let us all join hands and pray for the Ghana Police service and the Army mostly, because I see the Earthquakes happening in the barracks, and it will occur in different places in Ghana", "Prophet Reindoph Oduro Gyebi" Said. 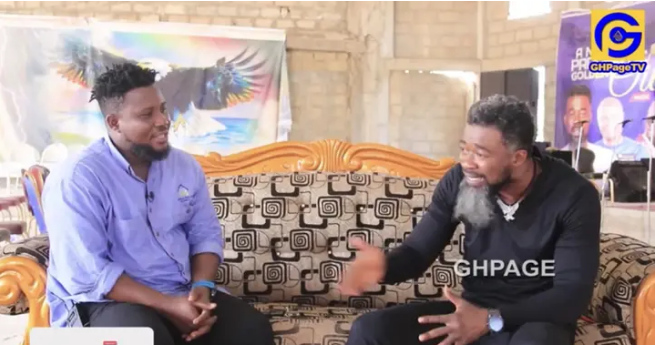 However it was reported that he made this known during an interview section on "Ghpage TV", where he revealed that he can't tell the different places and timeline actually, because he does not want to create panic and fear in the heart of Ghanaians, but instead he urges Everyone to pray vehemently over this, so that GOD will avert this disaster.

Transport fares in various part of the country increased(Reason)

Kumawood Is Finally Back: Yaa Jackson Causes A Massive Stir Online With Her No Makeup Photos On-set