By Abigail.blog (self meida writer) | 18 days 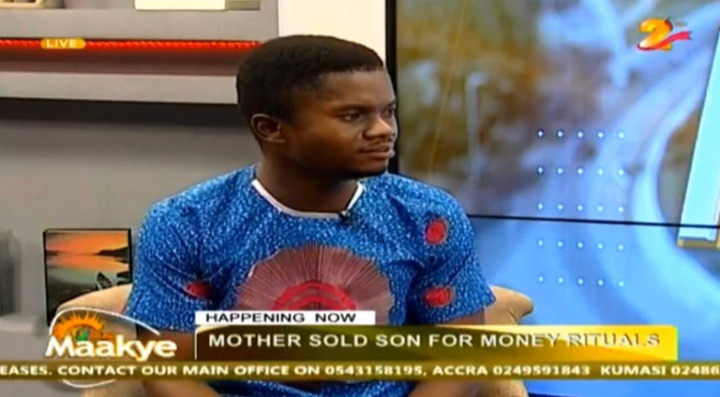 Samuel Atta from Abeadze Dominase close to Mankessim in the Central Region of Ghana has narrated a story on Onua TV about how his mother sold him out for money ritual to a village after Yeji when he was around 5 to 6 years. Samuel Atta says his mother was a fishmonger and used to go to Ekumfi Narkwa for such purposes. He never met his dad growing up. One day his mother told him his father was coming to take him away for sometime, and he was happy because he never met his dad before. 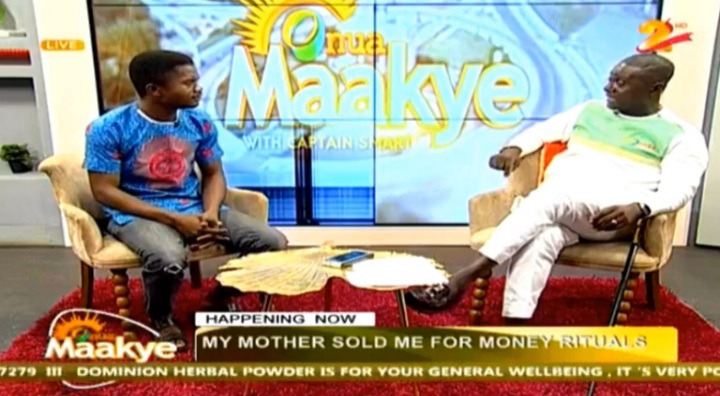 The day came and a man came for him at Dominase, at the time he was very young and knew nothing, he thought the man was his father but couldn't ask. According to him they got to a village and he was put ten in a sack bag for transportation. They got to their destination and he saw many children in the room. Samuel says he counted and they were 40 including him, meaning there were 39 children already there.

When he got there he realized the number of children kept on reducing day in day out. It got to his turn to leave the lot and as soon as the man responsible got to him he said his soul tells him he is a special kid and therefore wouldn't want to take him in for the sacrifice. The man told him that his mother sold him out for money rituals but he want to help him. As a result the man decided to cut one of his toes since according to him the gods doesn't accept the handicapped. He had no choice than to agree to it. 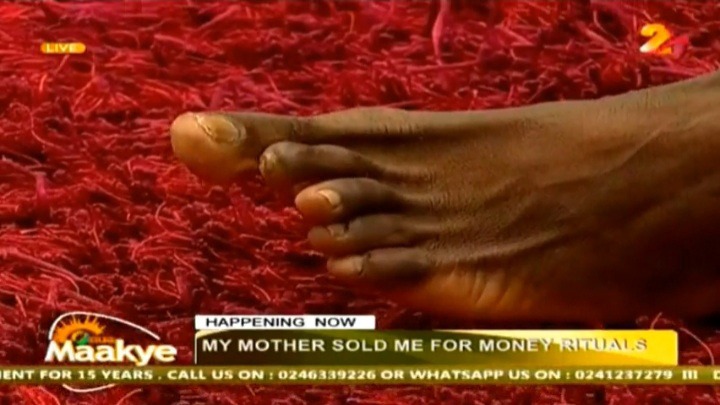 The man took out one toe to render him handicap and that wasn't all. The man demanded he eats his faeces whenever he defecate. He says he had no choice than to eat it. That became the food he ate throughout his days at the camp. He never bathed nor shaved throughout his stay with them.

He attempted to escape but then got to a river and realized they were on an island. He stood there and they came back for him. Several times and was caught and was taken to the king of the land. To his surprise the king was involved and ordered for a whip. He was around 15 years when all these happened but the almighty God we served was able to take him through all that and now he is still alive. His mother was not successful at selling him out for money rituals. 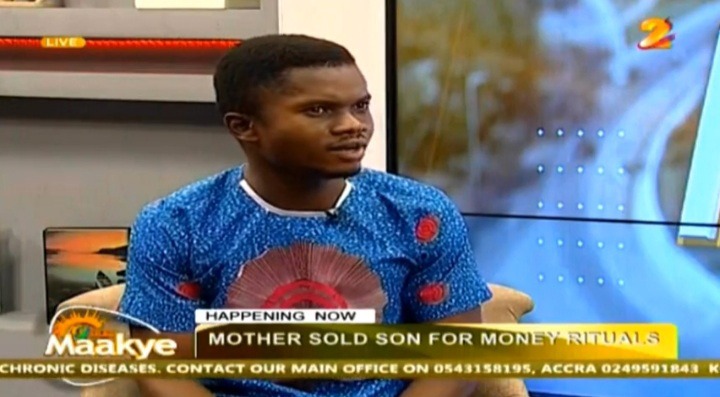 He managed to escape from the man at age 18 got to a forest and met a hunter who helped out. He sat behind the bicycle of the man rode for days before getting to Kejebi where the man resides. On approaching the town he saw lights and that was the first time he ever saw such a thing after his mother sold him. The hunter then took him to a police station and he was brought to Kumasi to be taken to Dominase in search of his mother. Unfortunately he couldn't meet his mother but rather met his auntie. The police gave his auntie some money to take Samuel to school and here is where he is today.