Who ‘Stole' From Who? Top Artist's Who Have Been Accused Of Stealing Hit Songs From Underground Acts

By kuulpup_thepromoter (self media writer) | 5 months ago 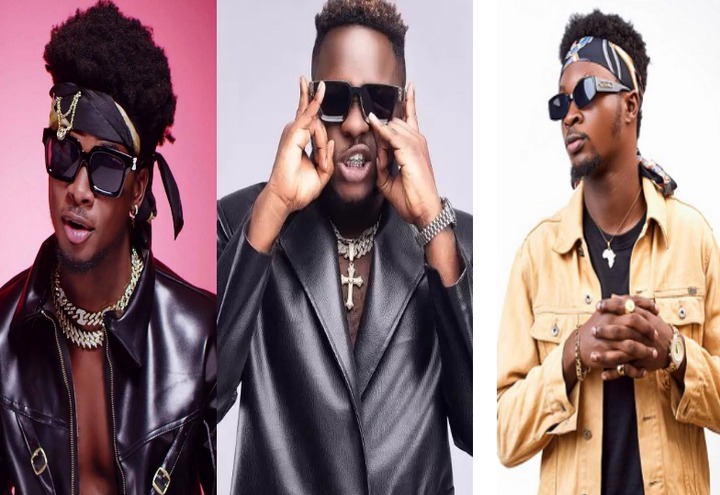 Stealing or copying of music by Ghanaian musicians have now turned into the order of the day as these musicians try to stay relevant and in their comfort zone no matter what. They are many artist's who have been in the Ghanaian music industry for over a decade or more but have never been stigmatized with such stories. The penetrators of such things have been musicians who have been in the industry for less than eight (8) who try to be in the loop every time.

These musicians used to only copy verses from top acts outside the country but the trend has changed now as these artist's now copy songs from underground musicians in the country. One may be wondering how and why a top musician will steal a song from an artist who is struggling to make it to the limelight as well. They are able to copy the songs and turn them into hit songs when an underground artist or third parties send them demo of the songs for a collaboration or hype,

but they are turned into something else and because the artist is underground and has no voice like the top musician, everything is soon hushed up sometimes by the public or threats from the camp of the big artist. Today I bring you top three musicians who have allegedly being accused of stealing songs from other big acts and underground musicians as well. So without much ado, let's check out who ‘stole' the hit song from who below: 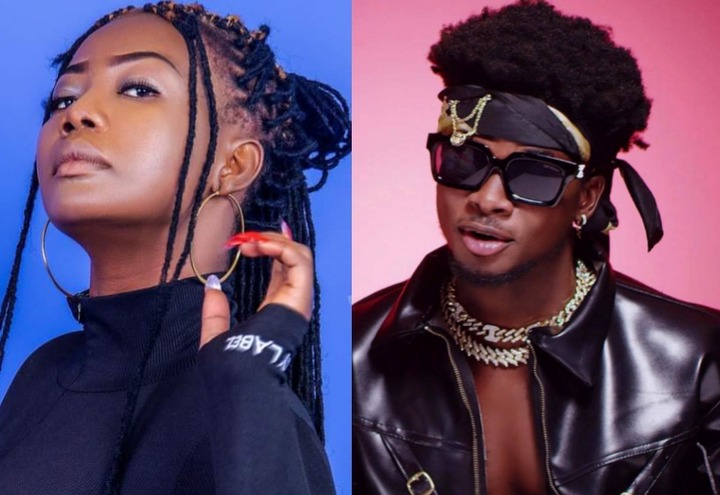 Award winning singer and Lynx Entertainment signee have regularly been in the news for stealing other songs from other artists. His fellow colleague, Kidi who is also signed to the same label have never been in the news for song theft. Kuami Eugene came to the limelight in 2016 after winning the 6th season of MTN hitmaker and getting signed to Richie Mensah's record label.

He was first accused of copying the song of a Malian, Sadiki Diabaté's song “Fais Mai Confianc" meaning “Have Confidence In Me" which had over 10 million views on YouTube. Kuami Eugene stole some verses from the song in making his hit song “Confusion" in February 2018. He admitted to having sampled (not stolen) the song and shared a tweet saying Sidiki Diabaté, Daddy Lumba and Kojo Antwi were his source of inspiration.

This did not end there as he also plagiarized Ice Prince's 2012 “Juju" song into his “Wish Me Well" tune which also became a hit song in 2018. He later had a remix with Ice Prince on the song where Ice sang his same verse “If you wish me fire, then go to hell oo." In 2019, Eugene was again accused of copying Jamaican singer, Koffee's “Raggamuffian" song for his verse on the Vodafone Ghana Music Award's (VGMA) theme song for their 20th Anniversary featuring Kuami Eugene, Joe Mettle, Adina, Kidi, Adina and veteran afrosoul, Amandzeba.

A Nigerian artist, Oduma Essan threatened to sue Kuami Eugene for GH¢120,000 for stealing his song concept “Show Body" and turning it into something big in 2021. Kuami Eugene featured Nigerian rapper and singer, Falz and the song took over the airwaves. Eugene was once again accused by a young budding female singer in the Northern Region by name Bhadext Cona who said he stole her song “Bolgatanga Girl" after a third party sent it to him for a collaboration which never happened, turning it into “Bunker". She also took her revenge on him by copying the music video concept of Kuami Eugene for her song. 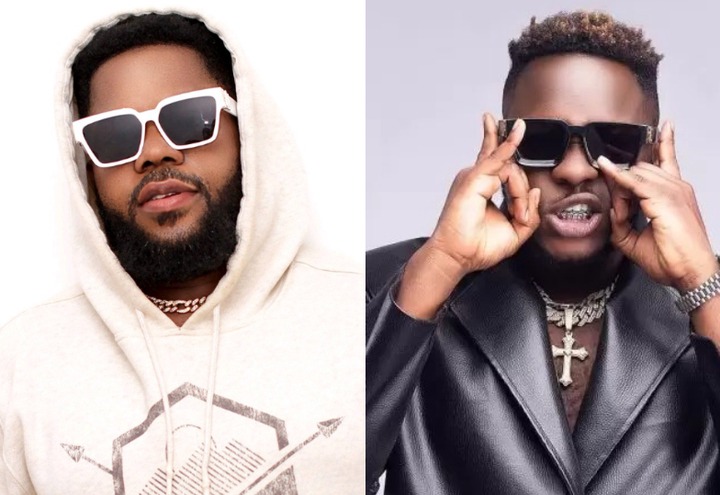 Arab Money Gang (AMG) Business frontliner, Medikal was accused of copying his song “Ama" from an upcoming musician, Gee Blaq titled “Mumu" which was not really a great song except for the big butted women he featured in his music video and other big butted women dancing to it on their social media handles. Gee Blaq released his “Mumu" in April 18, 2021 while Medikal released his “Ama" in May 23, 2021.

Even though there was no strong evidence that Medikal had stolen verses from Gee Blaq's song, he was trolled as he also released his song just a month after “Mumu" was released and making waves. The reason why Medikal was accused of stealing the song was because he also used the same topic but slightly different topic in his song. Medikal rebuffed the claim to his song by saying he was bigger than Gee Blaq and didn't need to steal a song to make it big. 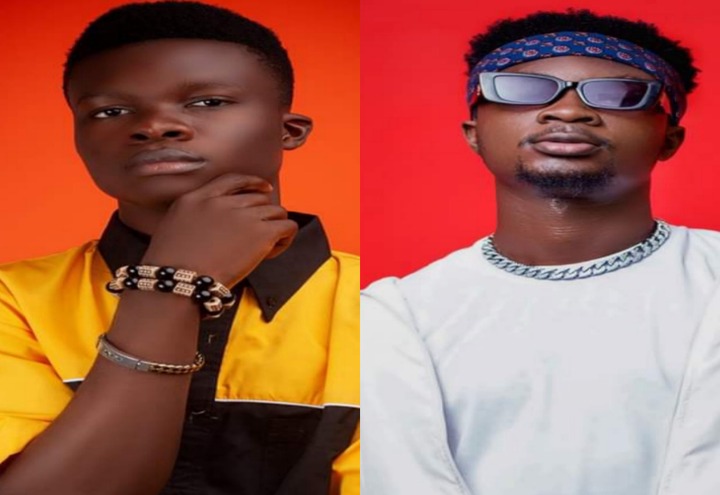 The last but not least of accused musicians is Kweku Darlington who rose to fame after his song “Sika Aba Fie" which he featured Kweku Flick and Yaw Tog hit the airwaves. Darlington has been in the music industry for many years and had released some songs like “Barima ne Obaa" and “Nyansa" which didn't really give him the much needed recognition. Just a few months after releasing the remix to “Sika Aba For" which he added singer's, Fameye and Kuami Eugene to the board, Kweku Darlington released a brand new tune tagged “Sika Kankan" which means “Smelly Money" in the local language.

The same month and date Darlington released “Sika Kankan" which people were already jamming to even though the video had not yet come out, another underground artist, Ikon also released “Sika Fi" meaning “Dirty Money" which he featured fellow underground act, Chito Lou and this sparked several controversies as both songs were released on the 10th of October, 2021 and both song's had the same hook with Ikon making his own slightly different with the feature and rap on it.

The hook of the song goes like “Y3hye fie a, y3si young boy nnp3 edwuma. Y3pie na y3 nya sika mosi sika fi. Ntse monka ma y3ntsee s3 Nyame nhyira small boy dia, mon ma yenhye fie, y3 nya 30 a y3piee...." and Kweku Darlington continued his hook with “Na y'abr3 me sika kankan no o, sika kankan no o. Y'abr3 sika kankan w)mu..." whiles Ikon continued instead of “Sika Kankan" he made it “Sika Fi" and that was the difference between the two songs. The management of Kweku Darlington threatened to sue Ikon in court but there has been no news about that and the matter has evaporated into thin air.

Which other Ghanaian musician do you know who is found of copying other's songs. Kindly leave your comments below and don't forget to like, share and follow my page for more entertaining content's. Thank you.

"99% Of Ghanaians Can Answer This" - Guess The Look Alikes Of These Two Kids Breaking The Internet.

VIDEO: Take A Look At What This Couple Was Seen Doing In Public That Got People Talking