My Husband Cursed My Sons After An Argument With His Brother And Committed Suicide: Grace Narrates

By Wise_Blogs (self media writer) | 3 months ago

A moderately aged woman by the name of Grace from Nyandarua has painfully described how her husband cursed their four sons after his senior brother defied him for beating one of his sons mercilessly. According to Grace, she got married to her husband and they were blessed with four sons.

She stated that her husband was a drunkard. One evening he returned and found his eldest son had not finished the work he had assigned to him so he beat him mercilessly. The kid had to escape from the house. He went to his uncle' s place where he stayed for 2 days.

His dad went to get him from his uncle' s home to return him home. At the point when the father saw his son he was apprehensive and chased him. He pursue him and beat him up mercilessly with anything that was near. When the neighbors saw him they stopped him.

The kid returned home running found his mother and according to her, her son's arm was swollen and fatigued. His dad later came and said nothing about their son. The following day his brother came and stood up to him for beating his son mercilessly to a degree of the neighbors questioning whether he was his real Son.

According to Grace, her husband didn' t answer his brother. In the evening, he called his four sons advised them to welcome him, and let them know that he will never beat them from now onward he also told them that he will be going on a journey and they will all follow him. 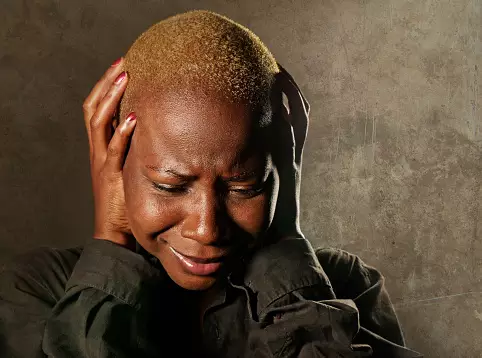 When Grace asked his husband why he would speak such words to their sons, he beat her up. The following day he went and never returned.

Following two days they were informed that he committed suicide. One month after the entombment, her sons started developing leg problems consistently to the degree they can' t actually hope to make any significant difference either way.

According to Grace, they have attempted to converse with elderly people men and several sacrifices have been done but there is no change in her sons wellbeing. She has asked parents to stop cursing their children but instead should bless them and be slow to outrage after children' s mistakes.

Content created and supplied by: Wise_Blogs (via Opera News )

'It's Not Clear For Akufo-Addo To Say, His Ministers’ Performance Is Outstanding’ — Mahama’s Aide.