Lady who mistakenly sold fuel to man for ₵820 instead of ₵1020, saw him months later & this Happened

By Newsmark (self meida writer) | 24 days

Never treat people badly because you are in a better position than them. A man took to Twitter to recount how he mistakenly went away with the money of a filling station attendant girl. He claimed that he and his friends were driving to another state when they got into a filling station, and they stopped to refuel their cars.

There were five cars. After the attendant girl had finished filling their cars, she calculated the fuel price and informed him that the total cost was 820 Ghana cedis. He said after he paid, they drove off to their destination in another state. 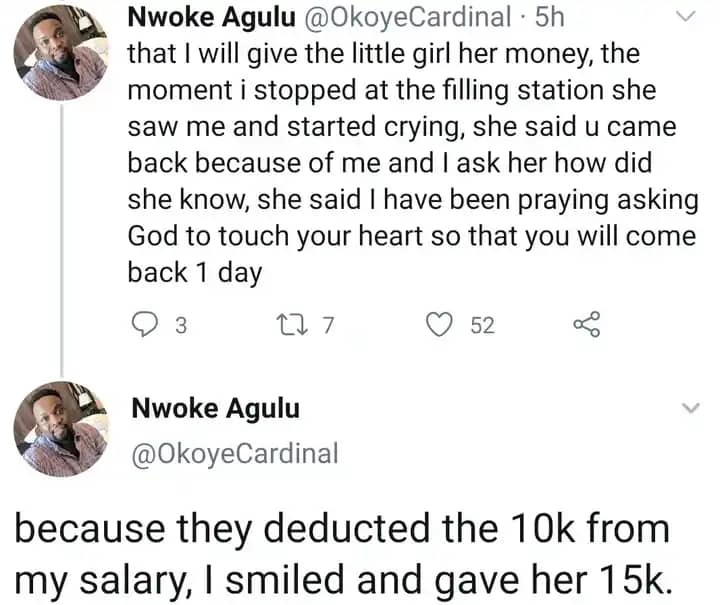 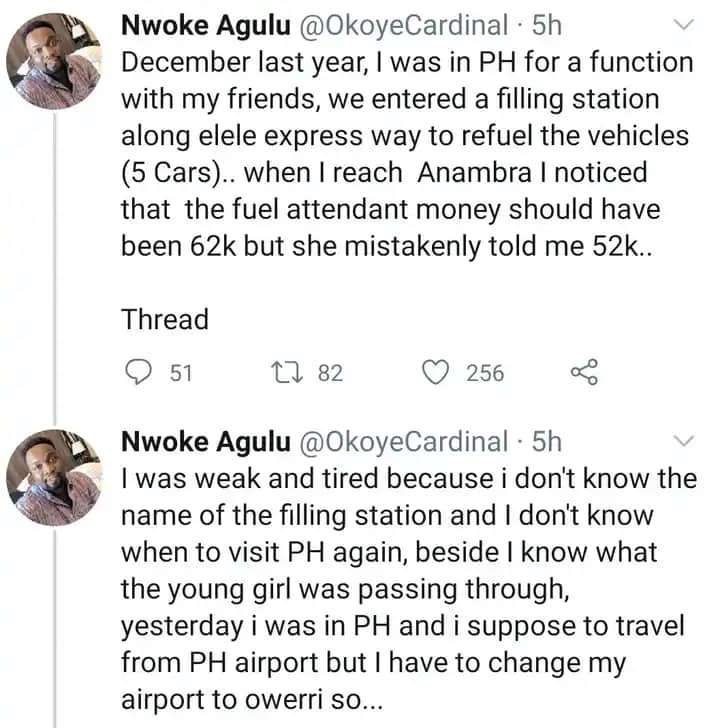 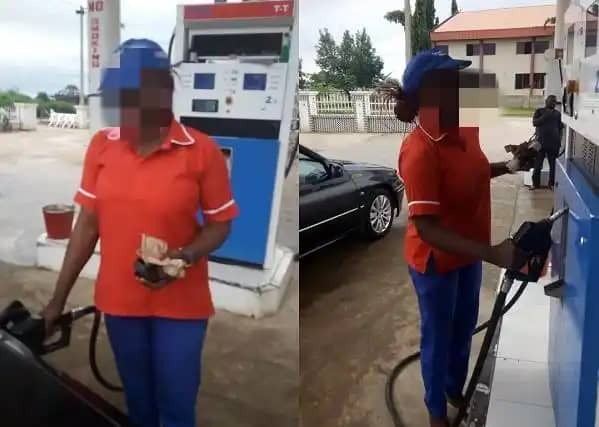 When he came down from his car, the girl saw him and quickly rushed to him and started crying. He claimed she had been praying to God to bring you back and that they had deducted ten thousand naira (150 cedis) from her salary. he smiled and gave her 15 thousand naura (200 cedis)

The girl was thrilled and thanked him. What lesson did you learn from this man? If you had been this man, would you have gone back to pay the poor girl her money? What would you say to this man? Can't believe this kind people still existing in this world.