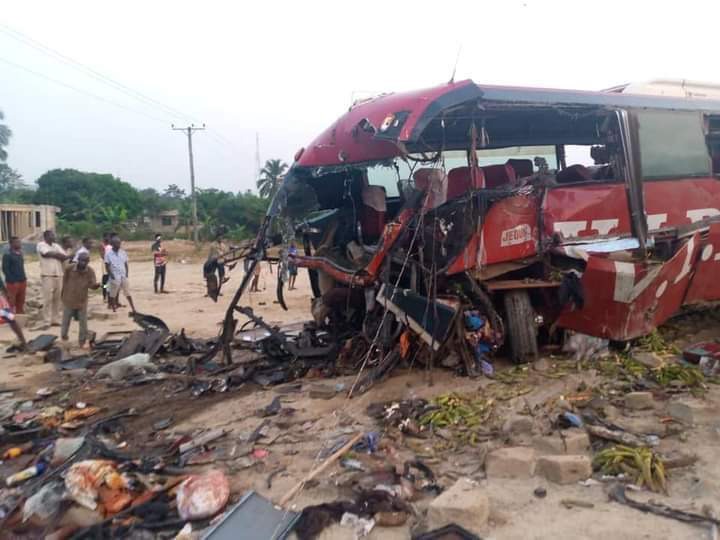 Natives and residents of Akyem Asafo has done wonders this morning, which needs to be commended. The town which lies about fifteen minutes drive away from the Kumasi to Accra highways, came in their numbers to help, when victims were weeping for medical help. Two buses which were going the opposite directions, one from Kumasi and the other from Accra, crashed violently at Akyem Asafo junction, early this morning. Akyem Asafo is one of the several towns within the jurisdiction of Okyehene. The town shares boundaries with Asante Akyem South district, and it lies few miles on the Accra to Kumasi highway.

Two buses which were all loaded to the brim, were coming from the opposite direction, when both crashed. The bus from Kumasi which was a four seating arrangement bus with 48 passengers, lost control when he witnessed the other bus coming from Accra, struggling to control itself. The bus from Accra which was three seating arrangement bus with 36 passengers on board, lost the wheels when the bus was going over 65km/h. The driver of the three seating bus, did all he could to control the the bus, after the steering wheel stopped responding.

It was dawn, early in the morning around 5 and fog was everywhere, so the bus coming from Kumasi, couldn't see the Accra bus in time. All the Kumasi bus driver saw was a 30 seconds interval distance, before the accident happened. The three seating arrangement bus, felt the strange behavior of his steering wheel when he tried bending the curve before Asafo junction. He was going between 65km/h and 70km/h, on the 80km/h road when he suddenly felt the changes in his bus. He did all he could to bend the curve so he could park the bus, but the bus wasn't responding.

The breaks was working, but he couldn't use an at once break because of fear of the bus somersaulting, at such a high speed. The bus suddenly started moving from lane to lane, when he tried getting the wheel back. The Kumasi bus was almost at the car because of the fog, before he saw the strange misbehaving Accra bus. He tried saving him, by using the pedestrian road at the Asafo Junction. Kumasi bus tried using the Asafo junction pedestrian road, and he when straight into a parked plantain cargo truck loaded with plantains.

The driver, his bus attendant and all five roll seats behind the driver, lost their lives on the spot. The Accra bus hit the sideways of the Kumasi bus before it went straight to the parked plantain cargo truck. Over 45 people were sent to the Koforidua Regional Hospital for emergency treatment. They were all in critical condition when the people of Asafo used their taxis and commercial cars to transport them to the hospital.

The people did not wait for an ambulance before doing their national duties, and because of that, a lot was saved. The death toll couldn't be counted as over 18 people were confirmed death on spot, and others in the hospital. The number of confirmed deaths in the hospital couldn't been be taken before making this post. Doctors at Koforidua were called to the hospital after several cars from Asafo arrived with wounded victims. 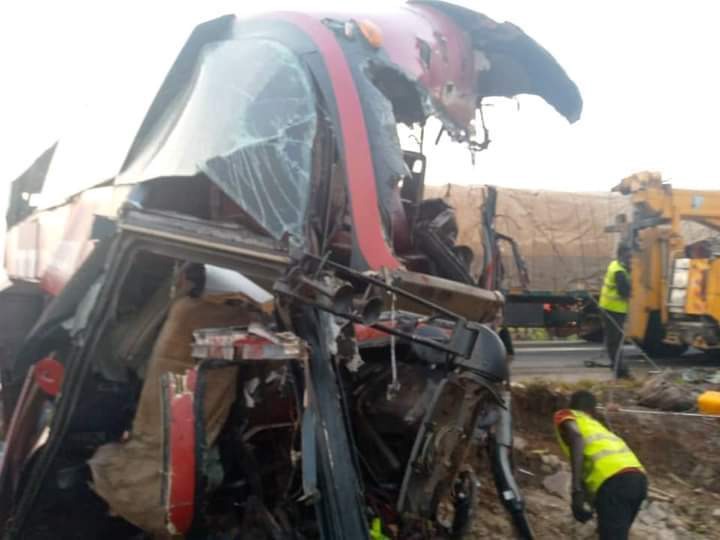 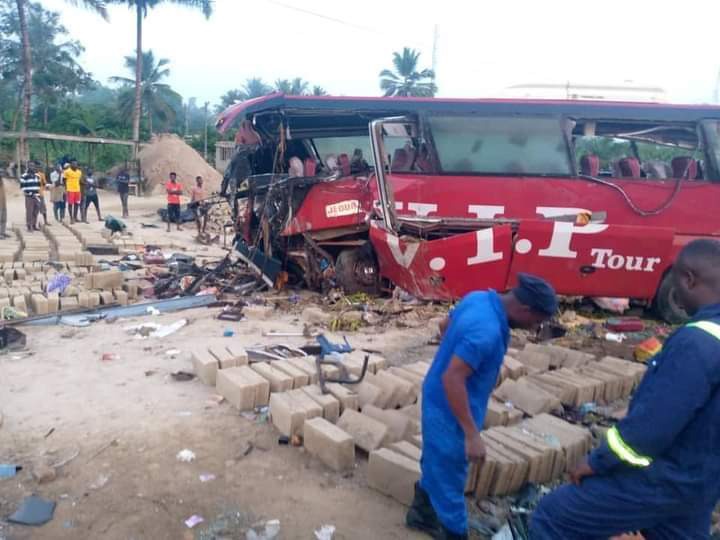 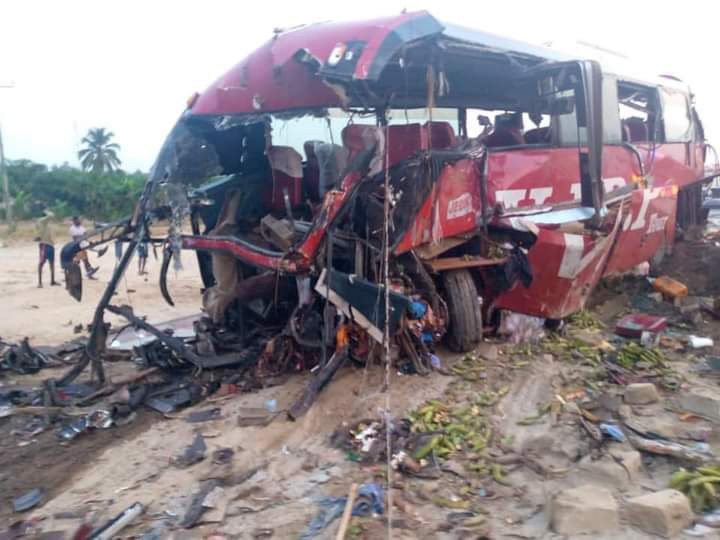