The South Durban Community Environmental Alliance held an inventive showing outside the Durban City Hall on Thursday, 22 April. Photograph: Shanice Firmin Less 'We pick Earth, not Carbon private enterprise' – environment activists approach neighborhood and commonplace governments call for pressing change and to lead the battle against environmental change, on the 51st festival of Earth Day on Thursday. Extremist gatherings the nation over are calling for neighborhood and commonplace governments and the South African Local Government Association (Salga), to embrace the Climate Justice Charter on Thursday, 22 April.

The 42 activities, coordinated by networks and environment extremist gatherings, are occurring as online exchanges and actual commitment with neighborhood governments and regions. Moves and occasions have made spot in pieces of Cape Town, Durban and Johannesburg. The South Durban Community Environmental Alliance is one gathering that held an innovative showing outside the Durban City Hall, on Thursday morning. 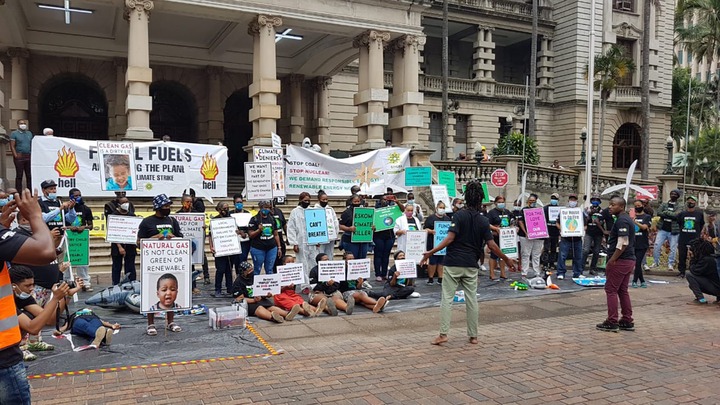 "We started at 10am and completed at 12pm [and] we had schools partaking from everywhere Durban," project official for improvement, framework and environmental change at the South Durban Community Environmental Alliance, Shanice Firmin revealed to Daily Maverick. "We likewise needed to remember social separating and keeping Covid-19 conventions at the highest point of our need, so we didn't have colossal quantities of individuals," said Firmin.

On 16 October 2020, the Climate Justice Charter Movement (CJCM) introduced the Climate Justice Charter to the Parliament of South Africa, for selection according to Section 234 of the Constitution. The Charter advocates for a "profound simply progress" to an environment equity future through putting "necessities of laborers, poor people and the most powerless at the focal point of decarbonization, foundational change and abilities building.

This Earth Day, the CJCM is approaching nearby governments and Salga to "embrace" the Climate Justice Charter. "We're saturating Earth Day with a South African importance, and for us, it's truly about causing to notice the direness of environment science, and to the Climate Justice Charter as a dream for the nation," board executive at the Cooperative and Policy Alternative Center (Copac) and CJCM lobbyist, Vishwas Satgar disclosed to Daily Maverick.

"The Charter calls for us to be gatekeepers of Earth and, being Earth Day, that is a vital issue for us," said Satgar. "Do we keep deciding to replicate a framework that is annihilating the conditions that support life on planet Earth, which is a carbon entrepreneur framework, which is obliterating human and non-human existence? Or then again do we pick Earth and all that it offers to us?" 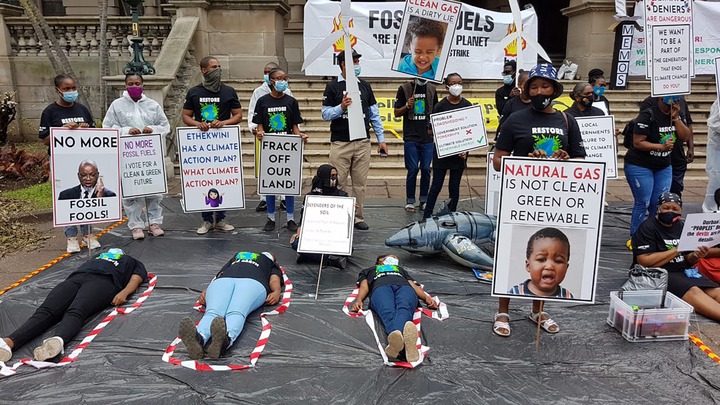 Ecological activists from Extinction Rebellion fight outside the Standard Bank head office in Rosebank, Johannesburg on 12 March 2021. (Photograph: EPA-EFE/KIM LUDBROOK) "Our nearby government assets and upheld firefighting administrations are missing the mark – we've seen that in flames in various pieces of the nation," said.

There is a dire need to construct these sorts of abilities in South Africa, as firemen are likewise "profoundly concerned," said Satgar, who clarified that Copac has had a few meetings with firemen. The SAFSC, Copac and the CJCM will be taking their requests forward into the nearby government decisions, which are set to happen on Wednesday, 27 October 2021.

"We are requiring the nearby government races in October to be environment equity decisions," Satgar revealed to Daily Maverick. This implies guaranteeing that South Africans vote in favor of ideological groups that view environment science appropriately, have embraced the Climate Justice Charter, will propel food sway, and will take forward local area requests and make dynamic strides against defilement, he said. As the world sees the development of more environment decisions, Satgar said he is "cheerful" that we will see "emotional changes in legislative issues educated by environment desperation" in South Africa. 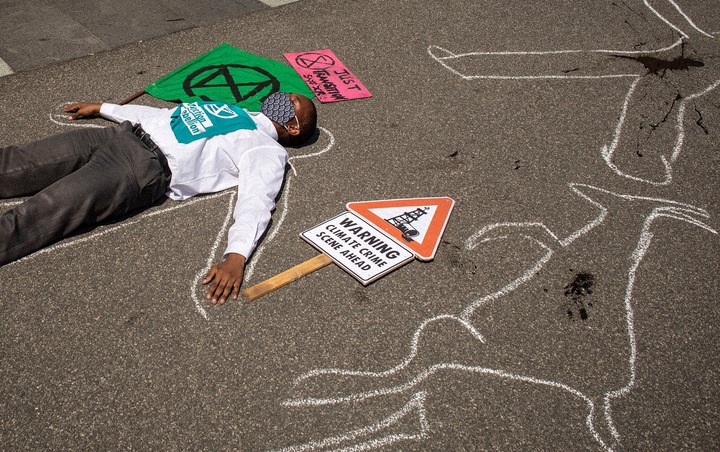