Frank Owusu, the manager and owner of Frank Farms, a poultry farm located at Pekyi Number 2 in the Ashanti Region, has handed over two of his workers to the Trede police after the two were caught in a thievery action. Frank, the manager, was in his house when he heard an unusual noise coming from the poultry yard. Unknown to him, his workers, Isaac Yeboah and Emmanuel Kobeh, both 18-year-old employees of Frank Farms, were using sacks to package the birds when he caught them red-handed. 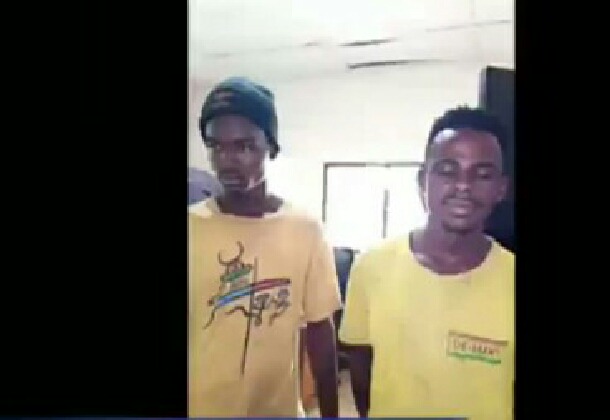 Isaac Yeboah, the caretaker of the farm, pushed Frank to the poultry house and together with his partner in crime Emmanuel Kobeh, the two got away last night. Frank Owusu, was able to retrieve the slippers of Isaac Yeboah when Isaac pushed him to the poultry.

Frank with the slippers of Isaac; a slipper he himself had purchased for Isaac when his shoes got displaced at the poultry house, arrested them this morning with the help of his brother Thomas. Thomas, the younger brother of Frank Owusu, used his taxi and together with his brother, drove the two suspects to the Trede police for stealing. 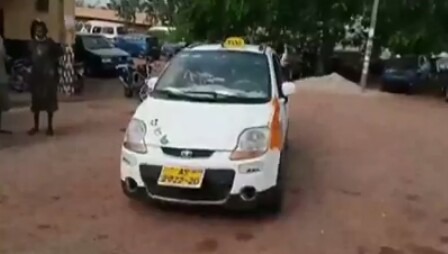 The two suspects; Isaac Yeboah and Emmanuel Kobeh, had both denied stealing the birds but agreed to owning the slippers. I left my slippers at work yesterday. I forgot to pick and went back when I remembered that I had left the slippers there. I am not a thief and have never stolen a bird at the farms, Isaac the caretaker of the poultry said in his report. 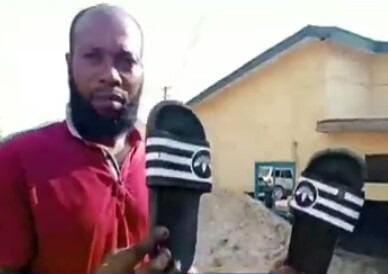 Meanwhile, Emmanuel Kobeh had confessed to the police in secrete for leniency; I was home when Isaac called on me to escort him back to the farm after we had closed from work. I asked him why we were going there at such an hour and he told me about an Eight Thousand Cedis split of Four Thousand Cedis each, if I helped him get some birds from the poultry house.

I thought he had already spoken to the boss Frank but I later found out it was thievery when he later told me I should keep it a secrete, Emmanuel Kobeh stated to the police when the police offered him a deal of coming clean to get a slight punishment. 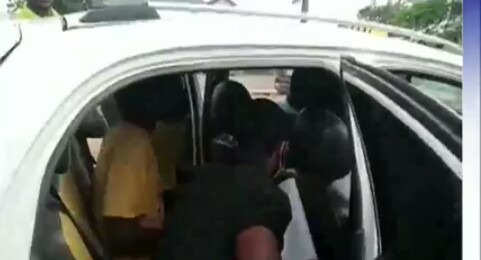 Frank Owusu, the manager, wants the two workers to pay for all the birds that have been going missing in his farms since January 2019. I employed them when I met them on the streets. Isaac was a shoeshine and Emmanuel was doing nothing. I have been paying them Seven Hundred cedis a month with free lunch and water every day but they still decided to steal my animals.

They have been stealing the birds since January 2019 and I want them to pay for all the stolen birds, Frank Owusu, the manager of Frank Farms said in displeasure. Isaac Yeboah and Emmanuel Kobeh are still at the police station with no attempts of bail while the police keep investigating the case. 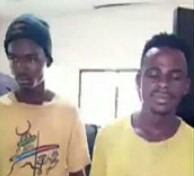