We Are Keeping The Guns For Our Master: Teenagers Arrested For Running Guns Warehouse Confesses The police were amazed when the warehouse was finally discovered in the Bono East Region. When it was finally opened several parts of guns were discovered, the occupants of the warehouse were working assiduously to bring the pieces together to manufacture local guns for illegal means.

Metals and wood used for the manufacturing of guns were in the building, they had completed some of the weapons and were in the process of manufacturing more when the police arrived. The amazing aspect of the issue is that the suspects who were found in the building are teenagers who should be in school learning. In all, five suspects were arrested from the warehouse but only two of them are adults. 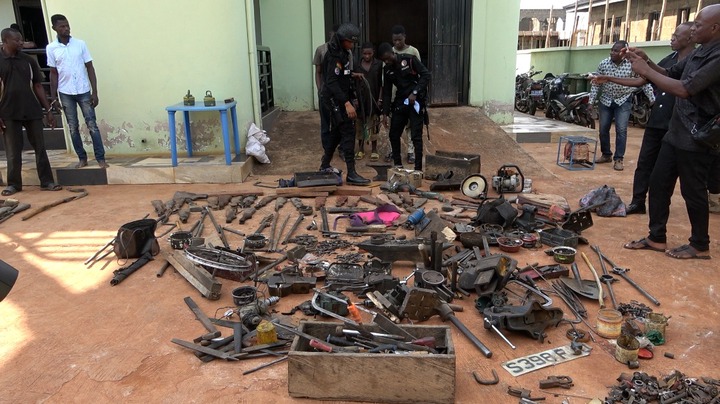 This is where the issue of the young people comes in again. For teenagers to be engaged in the manufacturing of guns sends a bleak picture of the future of the country. The guns are being sold to armed robbers to commit all forms of crime and sometimes kill innocent individuals but they are being manufactured by teenagers. 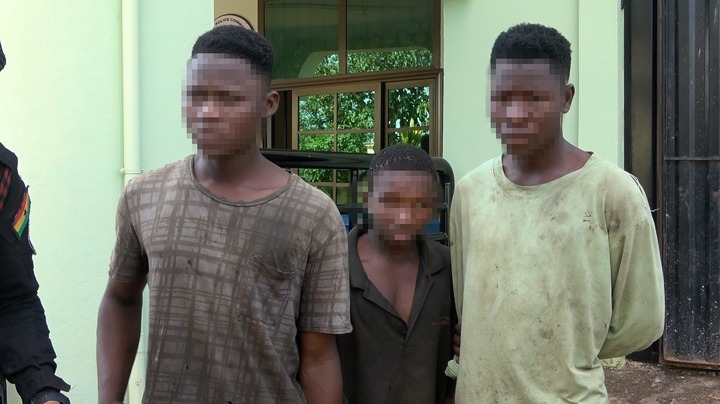 When the police queried them, they mentioned another person as being their master and that they are only keeping the guns for him. The Bono East Public Relations Officer of the Ghana Police Service, ASP Bosie Amponsah revealed that they picked intelligence of their activities and acted upon it. The guns and other implements could be seen scattered there. The young people involved were bringing them together into full ammunition for the illegal market. 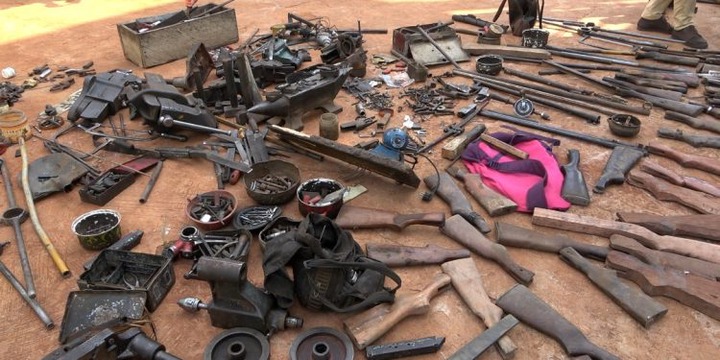 The arrested suspects include Kadr Ibrahim, Abdul Fatawu Issaka, Akordzi Emmanuel, Richard Duako, and Abdul Rashid Sumani. Their master who is the overall boss of the warehouse, Yahya has bolted and the police are currently on a serious manhunt for him. They could not produce any license that permits them to manufacture guns in Ghana. 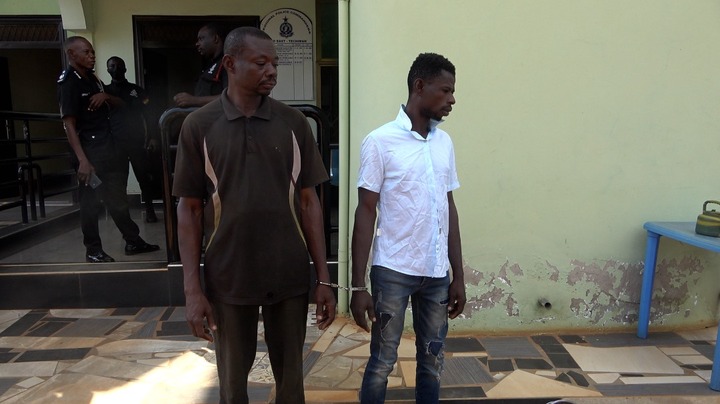 It is unknown how the teenagers involved were lured into the manufacturing of guns instead of engaging in legal ventures. It is also unknown if they were being trained to be armed robbers but the ammunitions found in their hideout is enough for anyone to conclude as such. This is a sad issue for the country and it is about time young people are monitored to grow into becoming responsible adults. If they are involved in the manufacturing of guns at this time of their lives, only God knows what will happen in the near future.