By Edifnews (self meida writer) | 17 days

For money rituals, a 24-year-old man allegedly kills his wife and removes her tongue and private parts.

According to information we have received, a 24-year-old man, whose identity has not been revealed, tragically murdered his wife for money rituals.

This revolting incident occurred in Onakwase, a village in the Ayensua District of the Eastern Region. 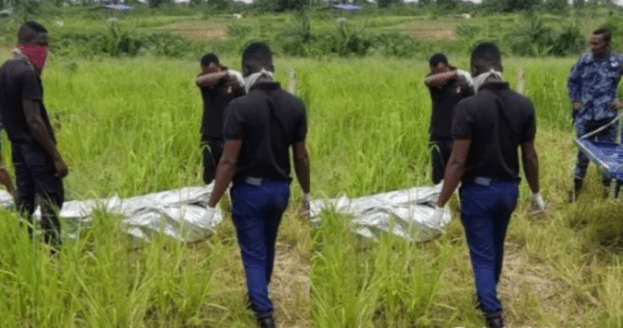 According to sources and witnesses, the deceased wife left the husband with two children to live with her mother after a disagreement and havoc between the couple.

The accused husband convinced the deceased wife to pay him a visit weeks later so that she could spend time with him. After she went missing, her mutilated body was found at a city dumping ground.

Weeks later, the alleged husband persuaded the deceased wife to pay him a visit so that she could spend time with him. She had been missing for a long time before her mutilated body was found at a dumping site in the area.

The perpetrator reportedly removed the deceased's tongue, private portion, breast, and even head as proof that the deceased was used for money rituals. An investigation is being carried out by the Eastern Regional Police Command.