By MdkBanahene (self meida writer) | 27 days

A young boy has ended the life of his friend over a little misunderstanding. 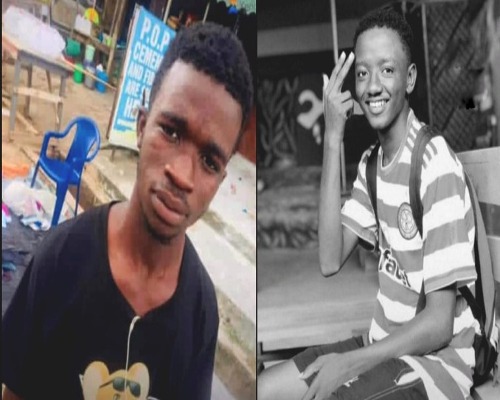 What is really happening in this world? Ghana is said to be one of the most peaceful countries in the world and we always boast of that but trust me things are not the same as it used to be because things happening this year alone tells clearly that we are no more safe.

Reports reaching Mdk Banahene from Adom TV and other sources indicates that, 20-years-old Shafiw, a resident of Nkawkaw Zongo has repeatedly stabbed his own friend, Lawali Umar to death. According to the report by Adom TV, Shafiw stabbed his friend Lawali who is 22 years of age on the neck with a pair scissor due to a little misunderstanding over a Bluetooth mini speaker. 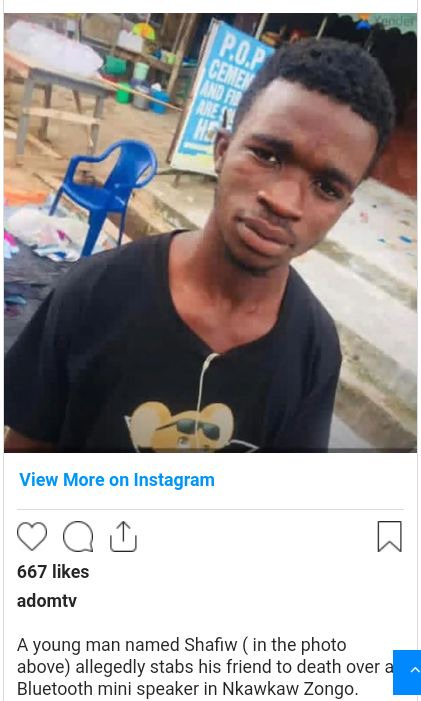 Report says Shafiw had complained to the father of the deceased over the issue of his Bluetooth player with his son of which the father tried to calm the boy down by saying he (the father) will get the mini speaker himself and bring it to him. No one knows what came over him when he got to his house for him to return with a scissor to commit this murder.

Adom TV interview one woman who is a neighbor and she said she blame no one on this issue than the mother of the 20 year old murderer as she alleged the mother who was supposed to calm her son down was behind him adding more pepper to the soup. Report says the deceased was making things difficult because, they did an exchange and for that matter, Lawali was to provide his own first before he released his Bluetooth player to him. Watch Adom TV's interview here; https://www.google.com/url?sa=t&source=web&rct=j&url=https://www.facebook.com/adomtv/videos/nkawkaw-murder-young-man-kills-friend-over-bluetooth-player-at-zongo/4623081911036717/%3F__so__%3Dpermalink%26__rv__%3Drelated_videos&ved=2ahUKEwis5u3Q4MvyAhVJeMAKHUNiDe8QuAJ6BAgsEAE&usg=AOvVaw2b6Z2ywXuDsMkKEjrYUSLh