The Chiefs in Nzemaland of the Western Region are under pressure to cause the closure of all illegal mining sites in the area following an advocacy from a local environmental and development group; Galamsey Action Group. The group had petitioned the chiefs in the area stop all forms of illegal mining and other activities that threatens the local ecology.

Having gathered some evidence through field observations of illegal mining sites, most of which are in water bodies, the group have challenged the traditional authorities to advance suggestions to the government to take a drastic but urgent shutdown of all these galamsey sites to save lives. They have mentioned that several water bodies including the Ankobra, Tano, Abbey Lagoon and others have been polluted beyond recognition, and communities including Nkroful, Anwia, Telekubokazo, Awuku, Salma-Dominasi, and Akango have all been saturated with mercury and other harmful chemicals.

The Convener of the group, Elizabeth Allua Vaah disclosed that there was some marginal improvement when the Akufo Addo government initiated it's anti-galamsey taskforce but the gains has completely been eroded due to the lack of will power to crack down on these illegal operations.

"Today, irresponsible mining is normal business. The lack of will to act at the top has led to suspicions about the sincerity of authorities in taking the right actions to end these illegal activities. We see many engage in Galamsey in broad daylight with no consequences.

"Unless something drastic is done to curb this menace, we in Nzema, and some parts of Ghana will need to import water for our survival, not counting debilitating diseases that can result from prolonged mercury poisoning." She mentioned that arable lands have completed Ben taken over by a swarm of illegal miners which had exacerbated the the pollution of rivers in the area. Madam Allua Vaah laments that residents in the area have been compelled to import fish from to feed the community due the the dying aquatics life in the lagoons and other water bodies which they used to fish in.

"The loss of arable lands for the cultivation of cocoa and other cash crops and foodstuffs has started causing hardship in Nzema. Along the Abbey Lagoon in Jaway Wharf fishing activities have come to a standstill and people now buy imported fish."

Below is a copy of their petition and the demands made of the chiefs, local authorities and the government. 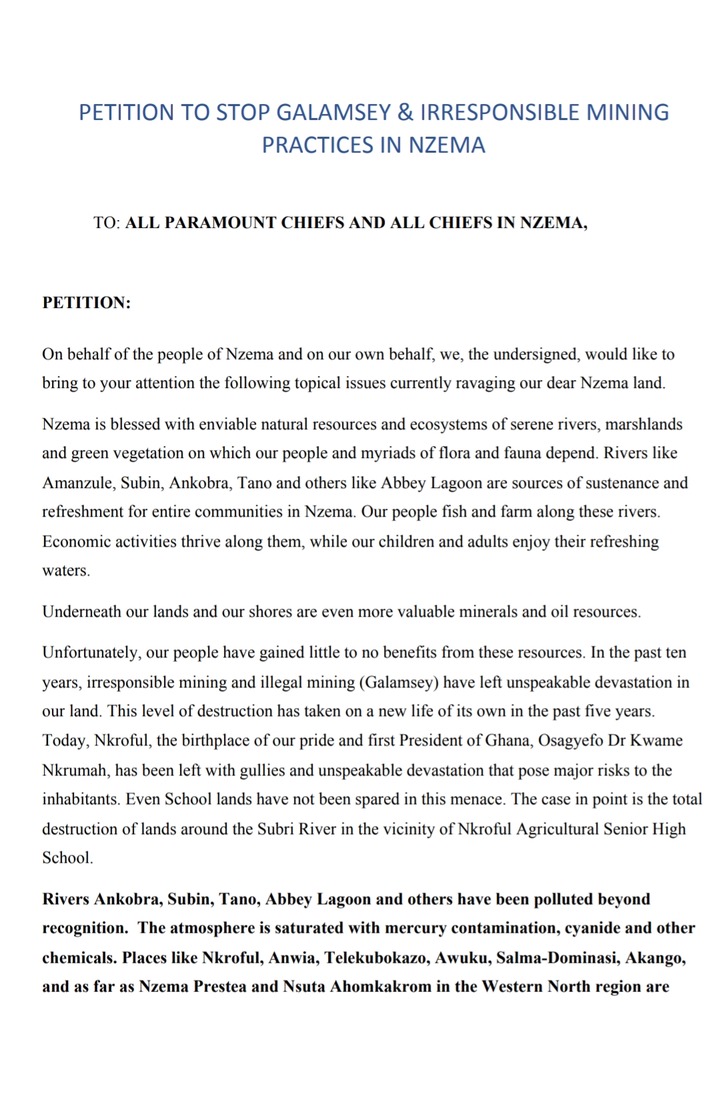 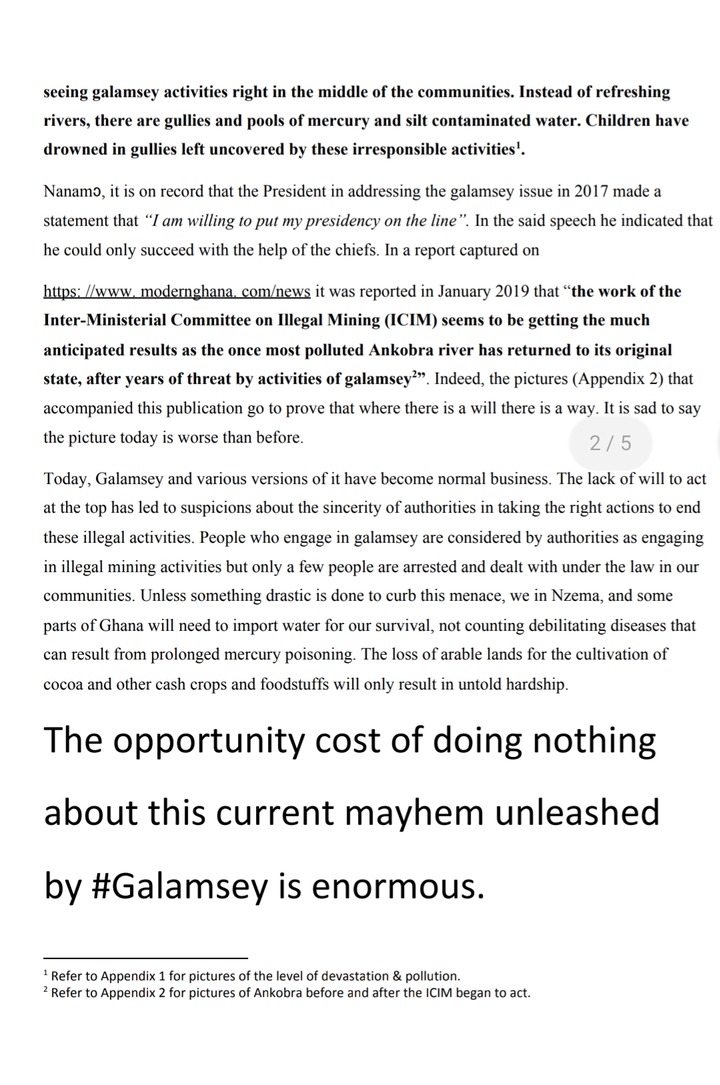 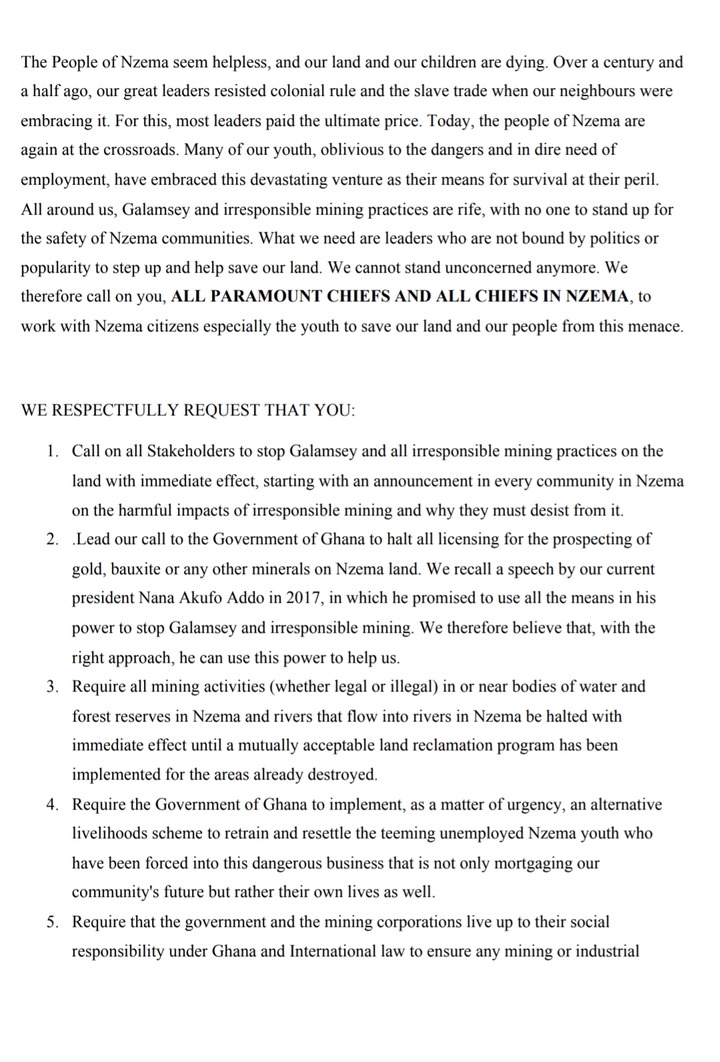 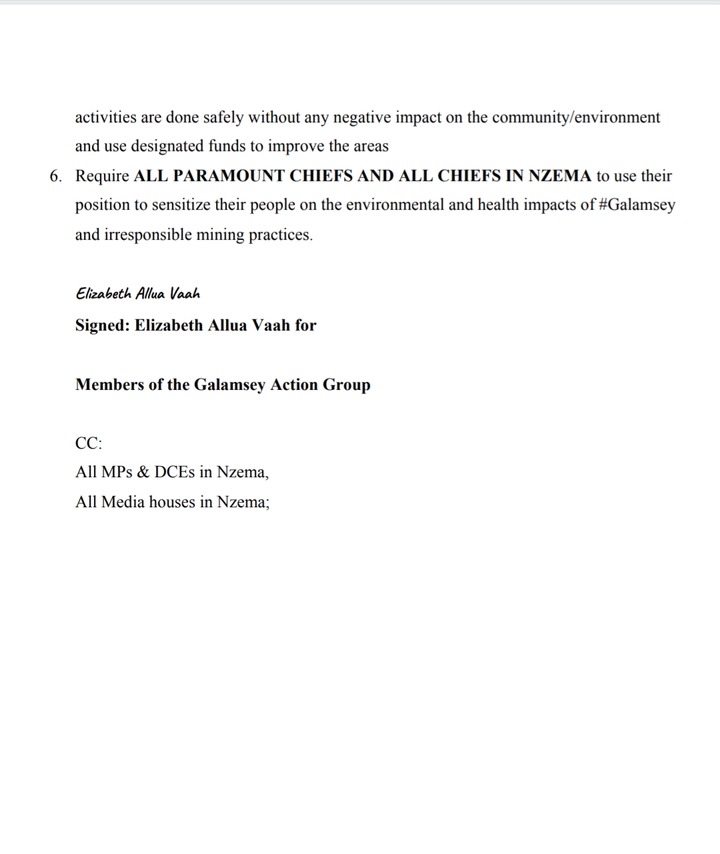 Another judgement debt incurred as Maxwell Konadu wins the PSC case against Kotoko.

Increase minimum wage because taxes, petrol and cost of living have increased

Get It Right: Internship versus Attachment