By Militofavour (self media writer) | 11 months ago 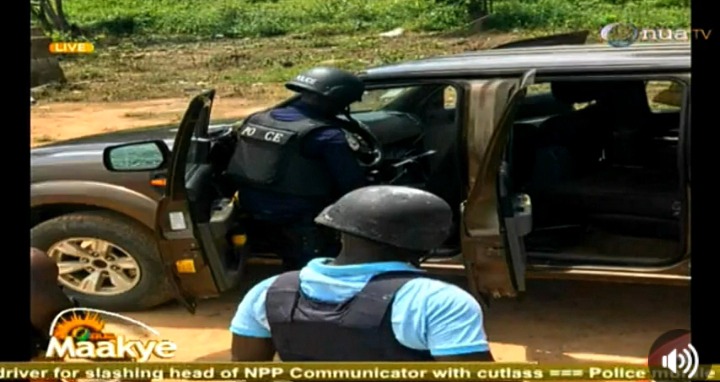 Anti armed Robbery squad that have been deployed by the incubent Police IGP to the Eastern Region were attack by fearless armed Robbers. The armed Robbers were very determine to gun down the police officers but God being so Good, all the fired bullets from the armed Robbers missed its target but the live bullets rather destroyed the screens of the police vehicle.

It was exchange of bullets between the police armed Robbers. But at the end of the intense struggle between the Anti Robbery police officers and the armed Robbers, 18 armed Robbers were arrested. The whole incident occurred in the Eastern Region of Ghana in DonkorKrom in the Aflam Plains.

The information from Onua TV this morning 30th August 2021 prove that powerful amulets and weapons have been ceased by the police from those notorious armed Robbers. We are very much grateful for the good works by the Ghana Police officers under the watch and supervision of Dampare George Akuffo. Abena Becky Boldy Tells; Pastors And Apostles Should Open Factories For Their Members And Officers