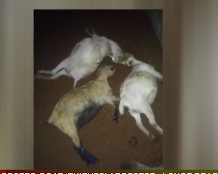 The rise in theft mostly among the youth in recent times is very bad and deleterious. This act tends to reduce the country's economic development and hence its leading to the low standard of living in the country.

As such, a video surfing the internet explains four individuals in the Assin South District who have currently been arrested for stealing goats in the area. This momentous crime was however performed on Thursday, 23rd September, 2021 during the hours of three-four o'clock as revealed by the reporter. 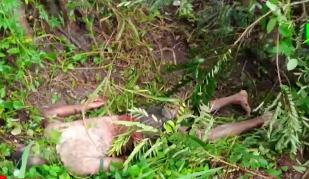 According to the reporter, several crimes of goats stealing and other theft cases have recently proliferated in the district. As such, the police have arose in the investigation of such cases in the region in order to prevent such cases. Fortunately, four individuals have been arrested by the police during their attempt to dispatch some stolen goats. However, these criminals tend to use a drug to spread the pen of these goats, which causes them to be weak and not to scream for people to notice. When they succeeded, they placed the goats which amounted to about 20, in a Toyota Highlander Vehicle with registration number GS-2098-19 which they arrived with, as well as a taxi.

Unfortunately, during their departure with the stolen goats, the police invaded them at Assin Manso because they realized the speed at which the vehicle was moving was very high. As such the police also chased them with a firing gun with one of the criminals shot dead and the rest arrested by the police. 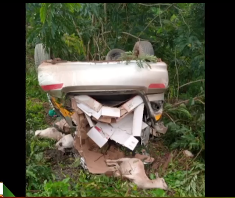 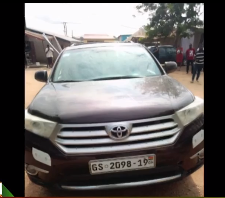 Content created and supplied by: GLOW (via Opera News )