Police are not above the law: Ghanaians 'blast' this officer for allegedly breaking the law.

Every country has laws that govern it, and no one is above the law, including policymakers and those who write the laws. Without law and order, civilisation and democracy as we know it would be in disarray, as people, if left alone, would turn to their own selfish interests and do whatever they wanted, without regard for the long and short term consequences impacts that might occur to someone or the nation as a whole. Because humans, by nature, do not like being told what to do and would rather rebel against rules than obey them, police officers are used to enforce these rules and regulations so that everyone obeys them and is punished if they do not and violate the laws of the land.

No one is above the law, and as a result, if you do something wrong and the police arrest you, you will face the law and be punished by it. While this is generally true for everyone in the country, some people really believe they are above the law, such as this police officer who was captured on video allegedly breaking the law and getting away with it. 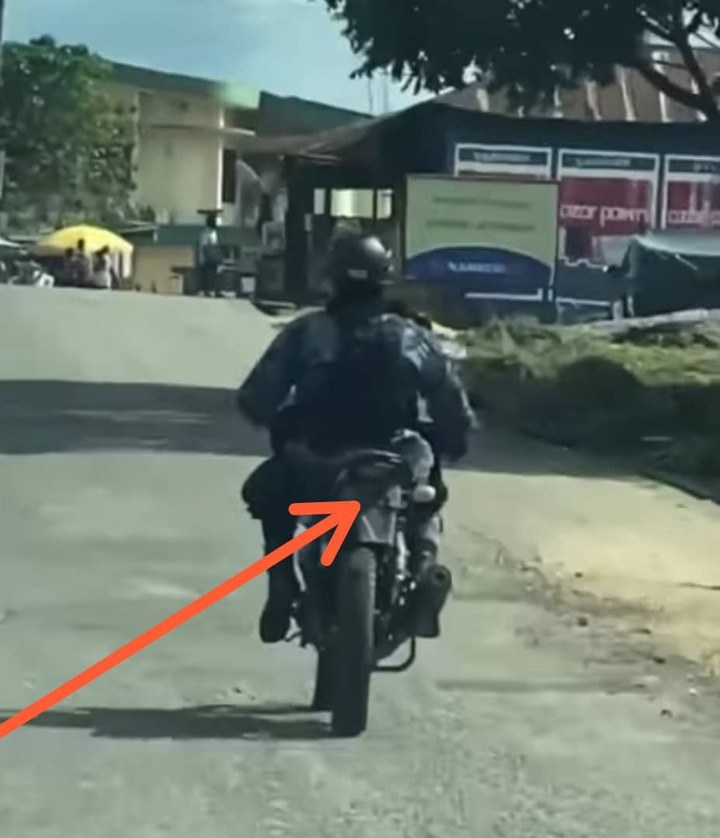 In this video, which we found on the internet, this police officer is riding on a motorcycle that does not have a rear view mirror to help him see his back when changing lanes so that he does not cause any accidents, and there is no warning light on the bike. Furthermore, the bike lacked a registration number plate.

The video was recorded on the Koforidua road in the Eastern Region, and the officer on the bike was seen passing through two police checkpoints without being stopped and questioned by the officers at the checkpoints about why he lacks these important things on his bike and also why he was breaking the law whiles he knows better. He passed through one checkpoint in Effiduase and another in Akwadum with no problems from the authorities. 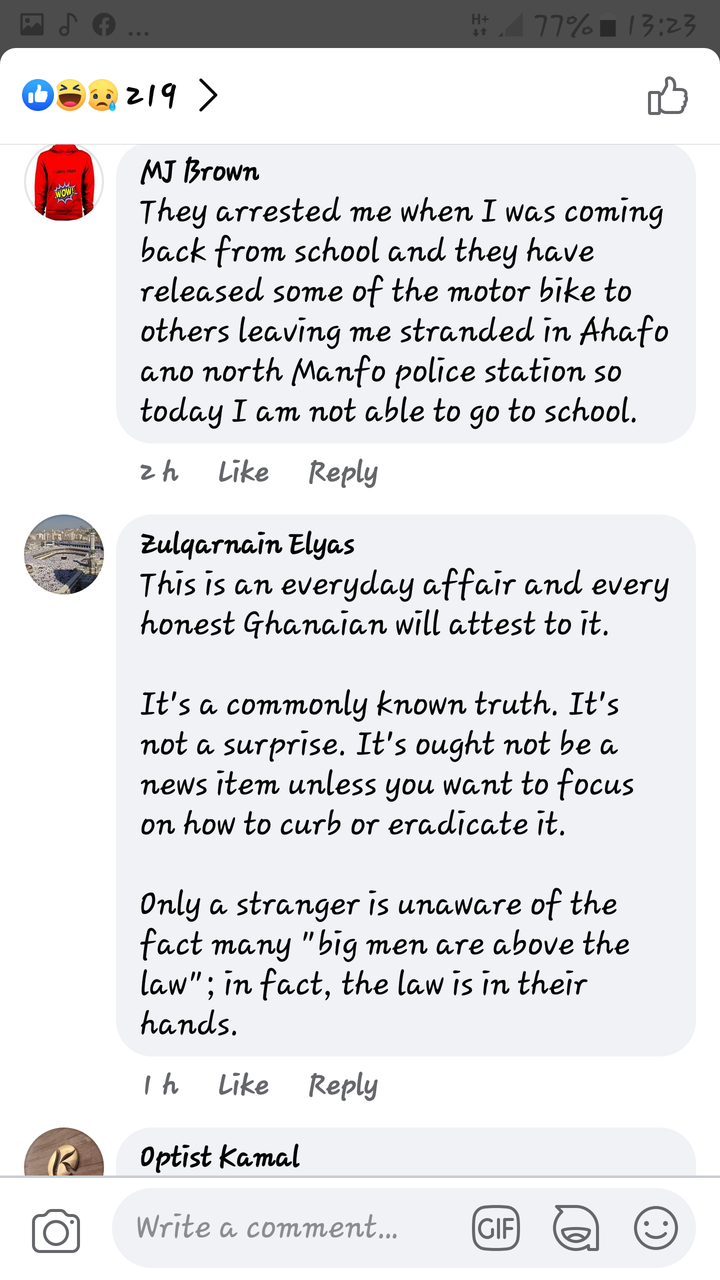 Some Ghanaians who have seen the video since it was posted online have expressed their thoughts on the officer's behaviour. Some argue that the officer's actions was completely irresponsible, and that he should have done the right thing because he knows the law. Others complained that if he had done this as a normal civilian, he would have been arrested before even passing through one checkpoint, but because he is a police officer, nothing was done to him. Others commented that because police officers are not above the law, they should also do the right thing so that others can learn from them.

This are some of their comments 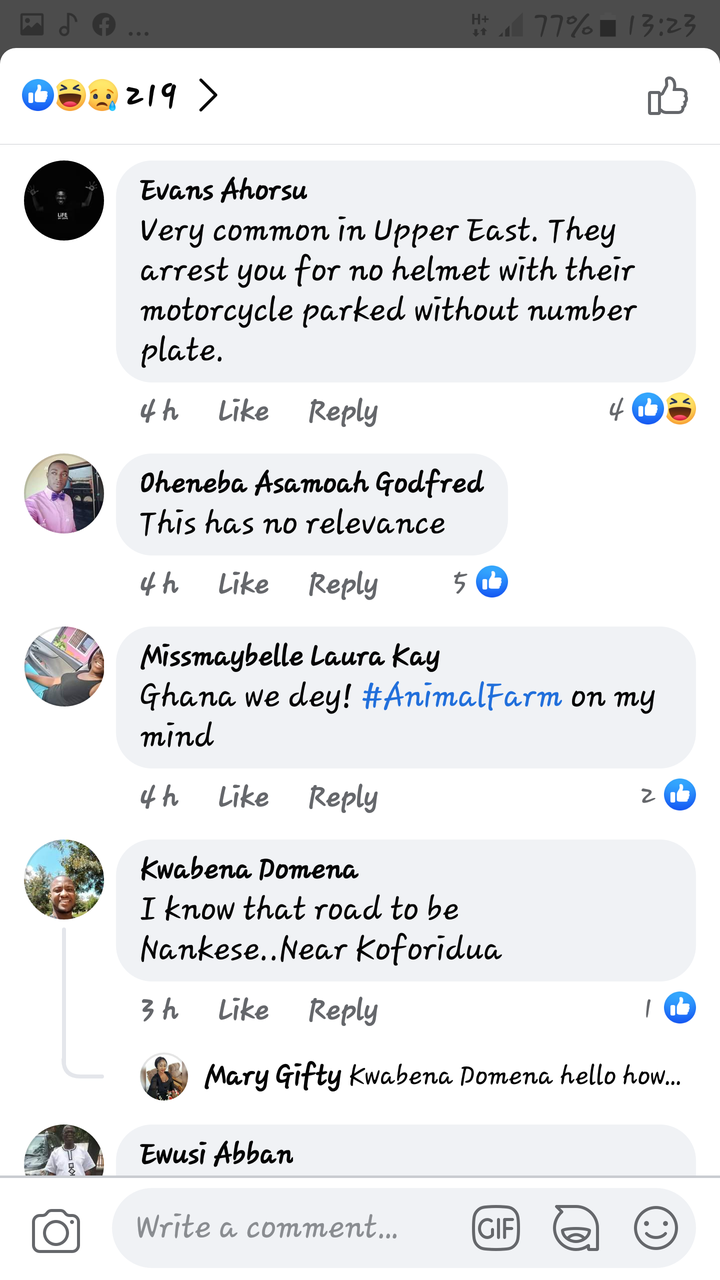 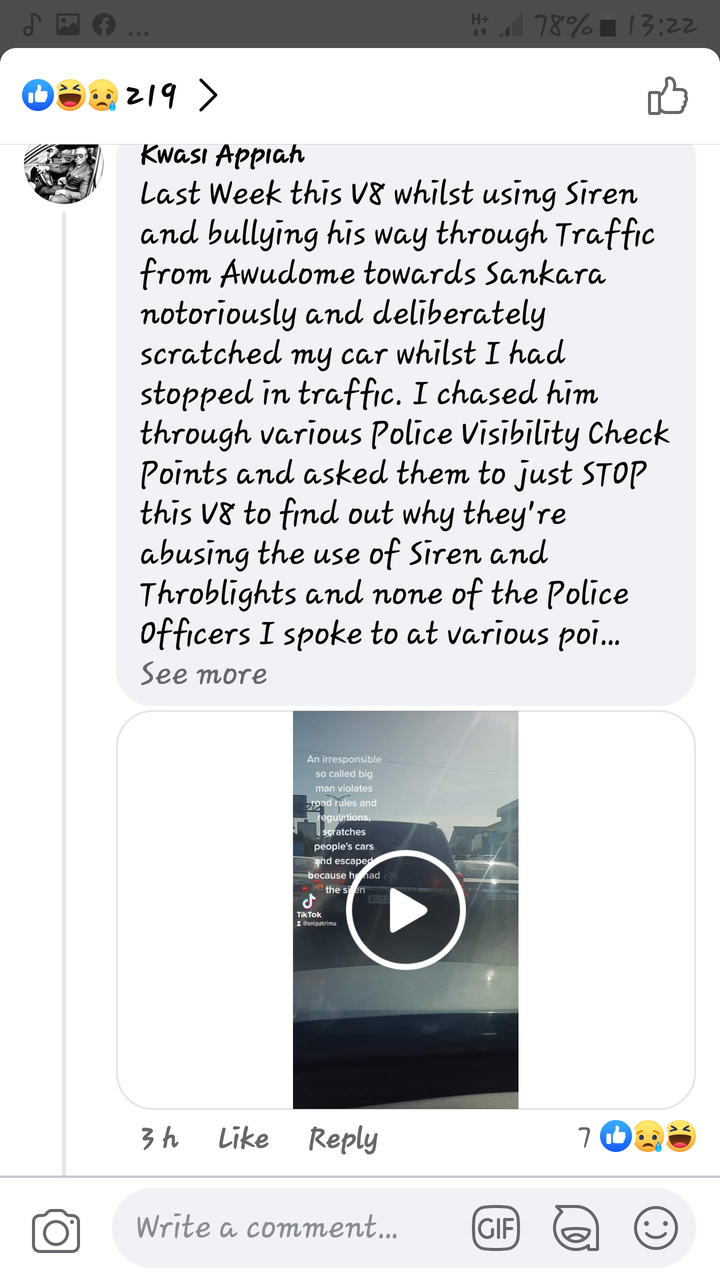