By Kwakus (self media writer) | 7 months ago 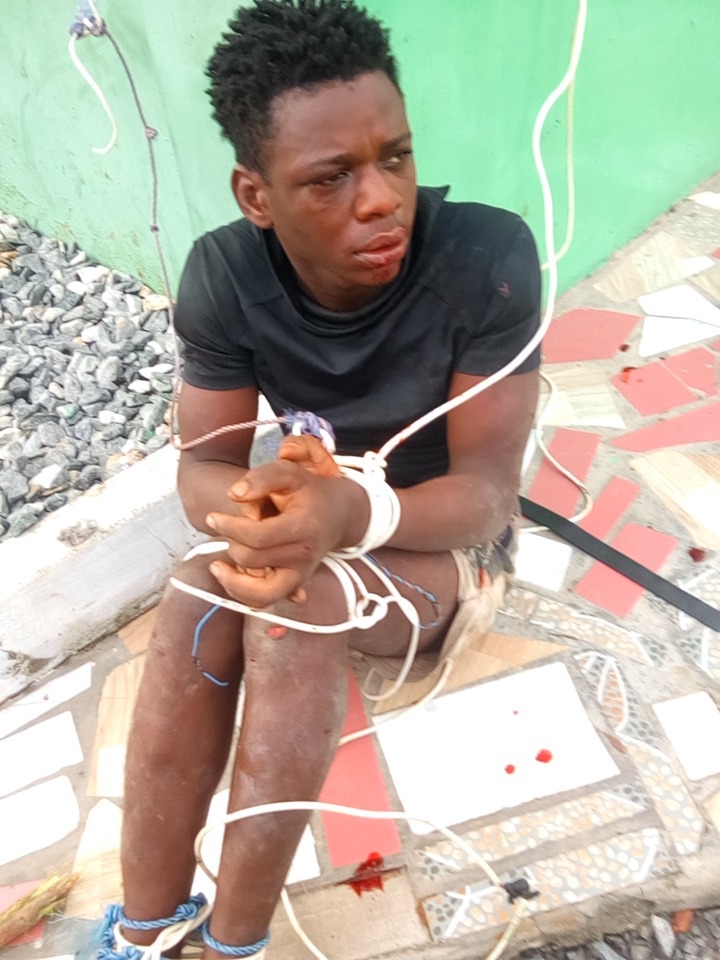 Born Kelvin Owusu alias Hitler, he broke into the premises of St Andrews SHS, Assin Fosu with ladder, plier and a knife and attempted to steal which proved futile for him on 29th March 2021 around 3:40 am that got him arrested through the Chief Security John Kyere and Senior House master Samuel Allotey.

Today, he took the blame and accepted his fault and heeded to all the four charges including unlawful entry into the campus, using offensive weapons, attempted robbery and smoking of marijuana.

On condition, the judge gave him a fine of one thousand two hundred Ghana Cedis to pay or face 12months imprisonment.

The Judge levelled those charges against him and slapped him with a 120 penalty units which amounted to GH¢1200.