''I Was Arrested By Kofi Boakye In Kumasi After So Many Years In Armed robbery" ~Ex-Armed Robber.

By AccraBlogger (self meida writer) | 19 days

In terms of salvation, repentance, or a change of heart and mind, is a very important decision that every living person must make before death arrives for us. A former armed robber who studied the techniques in Nigeria and established a training center in Ghana to instill armed robbery skills in individuals with a desire to steal recounts how he went about robbing banks, stealing automobiles, and other crimes. 2pm is his nickname. More information is provided below.

"When I moved from Nigeria to Ghana and settled in Kumasi, car theft was the easiest armed robbery for me." It was the most natural and straightforward thing for me to do. I've snatched so many cars that I can't even count them. I was picky about the cars I grabbed because I planned to sell them shortly after the procedure. Unregistered autos were my primary target as a result of this concept. Aside from automobile stealing, I had other operations in which I enlisted the help of my boys. Some operations required me to work alone, while others required a team."

During the interview, he warned viewers not to do what he said in his speech because he would not be glad to persuade someone into doing what he had repented from.

"As a leader in the armed robbery business, you must recruit others with the same kind of heart as you. Every operation will be effective and without issues if you surround yourself with people like these. I chose two or three boys to join me as armed robbers when I got in Kumasi. Many of them came to work with me, but the 26 of them that stayed with me were all slaughtered by the police and crowd. Some were burned alive, while others were dragged over the floor until they died, and some were given acid to drink."

"I started stealing at a young age because I was so interested in stealing that I didn't care if my colleagues were killed during a bad operation. This hardened my heart and caused me to be quite cruel to others. Because I thought it was a waste of time, I never saved the money I took from people at the bank. I kept them all in my home. Also, the automobile snatching operations made me a lot of money, and I sold them all to people. Furthermore, I intended to utilize the funds to construct a training center, so I used the entire month to steal individuals in order to complete the project in three months."

"At Kumasi, I was the one who broke the Nkawie rural bank. We planned to try our next operation at Abuakwa rural bank after breaching the Nkawie rural bank, but it failed, so I proceeded to a church in Atwima to loot them. We were hired by the elder of that church to burn down the church for him. But, miraculously, there were people praying in the church when we arrived, and we couldn't wait for them to finish praying before we began our contract operation. I set up a perimeter patrol around the church. It was up to me to light it on fire, but miraculously, I only noticed after I had stripped naked."

"When I realized I was naked, I exited the church building and left my clothing behind." So when the church understood what I was up to, they took pictures and sent them over to the cops. My items were also taken to the Abuakwa police station department. They recognized me right away because my moniker was engraved on my necklace. DSP Kofi Boakye organized his troops and went after me because I was already a wanted criminal on their list. That same night, I made a mistake and requested one of my taxi drivers to drive me about the city. After we had a good time, he noticed the large sum of money I had stashed in the car boot. So he dropped me up to my rented Abuakwa apartment and disappeared. Little did I know he was going to report me to the police." 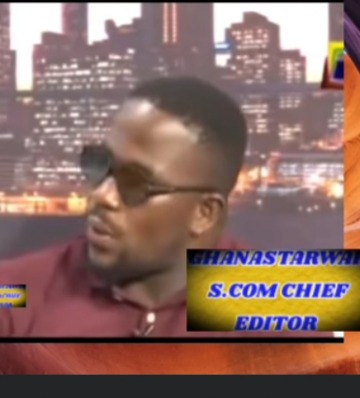 "So he went to Abuakwa police station to report that I had gone for money rituals since he was startled to find a sum of money he had never seen before. When the cops asked for his name, he said 2pm, which was someone they were already looking for. They handed the case over to Central Police, which was led by Kofi Boakye. They arrived at my rented residence in Abuakwa, where they broke in and stole all of the money and gold I stored there. Because I was not at home at the time, the driver took them to another location." 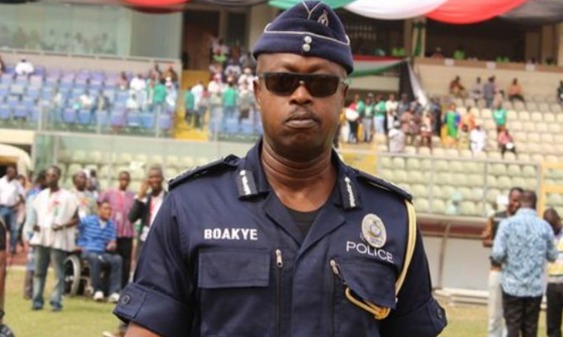 "When I learned about the police raid at my Abuakwa home, I went to confront them myself, assuming they were only a few officers. I had no idea they were a group of people. I confronted them, but I was outmanned and detained. They took me to Kofi Boakye, who dealt with me harshly before taking me to court.