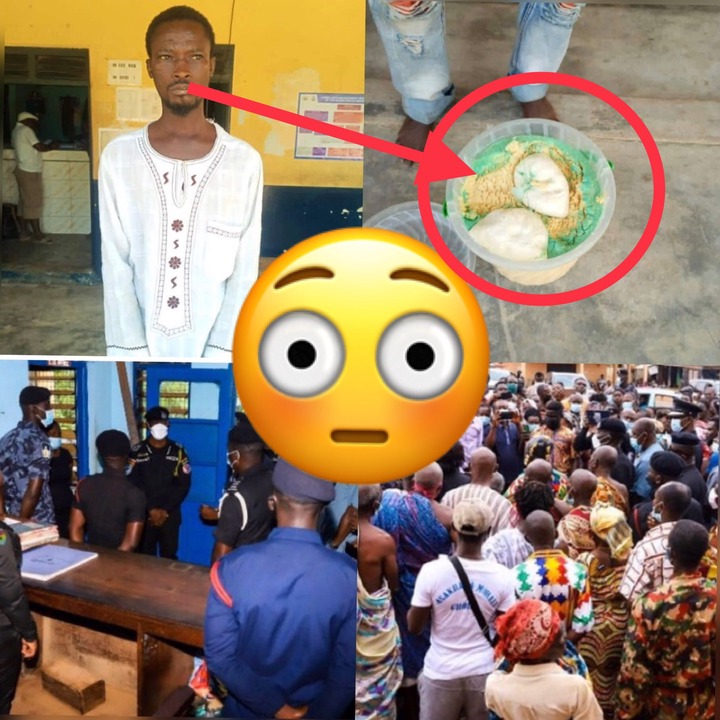 The recent circulating news that has sparked massive reactions across all social media platforms was when another 35-year-old man landed him stun another hot trouble after he poisoned his mother’s corn dough which was meant for market.

According to recent reports by Makosem TV, the 35-year-old Felix Yawson has been finally arrested at Gomoa- Dominase in the Central Region after he tried causing the untimely death of his mother’s customers as he mixed a poisonous substance believed to be a chemical used for spraying weeds with corn dough which the mother sells on the market.

As a result of the unexpected attempt by the 35-year-old prime suspect, Felix Yawson the mother who couldn’t believe the incident took the bold step to take action as she swiftly reported the case to the police hence causing her son’s immediate arrest. With respect to this, some residents in Gomoa Dominase also took it upon themselves to commend the prime suspect’s mother for being proactive upon encountering the unexpected incident taking into consideration the casualties the community would have witnessed if the crime was not detected as early as possible. In addition to this, some residents were undoubtedly left in a dilemma as they couldn’t understand what motivated the 35-year-old prime suspect, Felix Yawson to poison his mother’s corn dough which gives the family enough income for their upkeep. 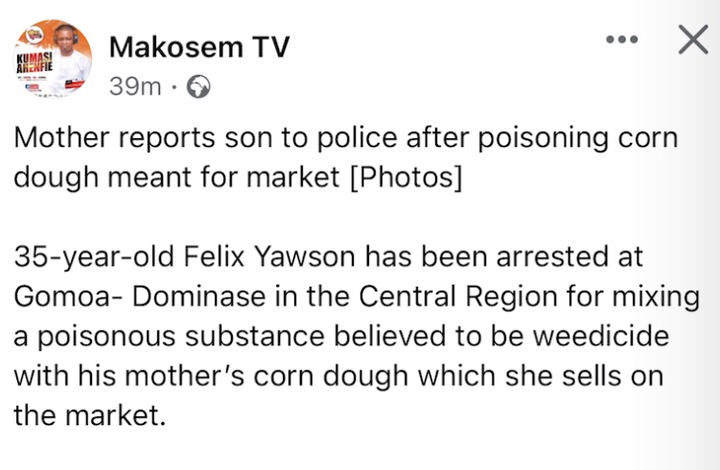 Do you think that the prime suspect, Yawson might be suffering from some psychological issues as highlighted by some individuals considering his recent attempt to cause the untimely death of his mother’s customers even though most individuals claimed otherwise?

What do you think should be the punishment for the prime suspect who has been finally arrested after poisoning corn dough meant for a market that has caused massive reactions online even though most individuals claimed otherwise?

Checkout the GMO Chicken Being Reared By Israeli Farmers