Apam Disaster; Result Of The Neglect Of A Covenant With The Devil - Apostle Francis Amoako Attah

By ProsperAgbenyega (self media writer) | 10 months ago 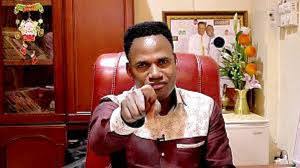 Sunday, March 7, 2021 Apam Disaster where about 14 children got drowned in the Apam River was as a result of the neglect of an aged-long satanic covenant made with the devil by forefathers of the community.

This was revealed by Apostle Francis Amoako Attah, Founder and Leader of Parliament Chapel International (PCI) when he dissected and explained the mystery behind the unfortunate incident.

It would be recalled that survivors of the March 7 incident who narrated what led to the incident said while swimming, they saw "strange" ladies who approached them and invited the ladies to come over so they could swim together.

According to them, they could not see anything again after inviting the ladies as they saw massive tidal waves and was later being dumped in a big pit in the sea.

The strange and beautiful ladies the survivors said they saw were described by many people as the sea goddess (Mami Water.)

However, according to Apostle Francis Amoako Attah the girls they saw were there for a purpose and are spirits being released from the sea to the markets to buy and sell.

He said, the said girls were sent with express instruction to lure the young boys to be taken away since the community had abandoned the age-long tradition of ‘appeasing’ the goddess.

Going deep into mystery, Apostle Francis Amoako Attah read from Jeremiah 44 vs 17 – 19 which says; “We will certainly do everything we said we would: We will burn incense to the Queen of Heaven and will pour out drink offerings to her just as we and our ancestors, our kings and our officials did in the towns of Judah and in the streets of Jerusalem. At that time we had plenty of food and were well off and suffered no harm. 18 But ever since we stopped burning incense to the Queen of Heaven and pouring out drink offerings to her, we have had nothing and have been perishing by sword and famine.”

He placed emphasis on ‘Queen of Heaven’ and said, we know of the King of Heaven being God Almighty, but when the people said they will have been worshiping the Queen of Heaven, it means there is another force which is not ungodly.

“Who is that Queen of Heaven?, what is she doing over there? And what is her role?”

He noted that the people worship the said ‘Queen of Heaven’ because they have entered into a covenant with her, and for that matter she directs their affairs and failure to go according to what the covenant states, it leads to death.

Apostle Francis Amoako Attah indicated that it is obvious that Ancestors of Apam have entered into such covenant with the sea/river goddess and every year they have to perform some rituals.

But, current situations under Coronavirus have made it difficult for the elders to afford the materials in using for those rituals leading to its neglect.

Nonetheless, he said the goddess does not consider whether there is pandemic and that there is economic hardship.

“If you fail to give her what she needs, she will come and take them herself. That was just what happened,” he said.

According to him, the goddess releases 60,000 demons into every town that has a covenant with her.

“Anytime a town has such covenant, they have covenant with that goddess who controls the town; releases the girls into the markets and anybody that sleeps with the girls takes three years to recover.”

He explained that the manner in which people are buried is very important.

“Every goddess that takes a ram/sheep used to take human blood. And any town that enters into such a covenant has a covenant with death.”

He said people have accepted certain things which became god on our lives.

Speaking on the importance of burial, the man of God said, if people die and are not buried properly, that sends them to hell.

He made comparison to Lazarus and the rich man and explained that Lazarus went to Heaven according to the Bible because of the way he was buried.

“I believe in culture but there are some traditions I don’t agree with because they bring problems to the people,” he said.

He also quoted Isaiah 28 vs 13 – 15 “So the word of the Lord to them will be, "Order on order, order on order, Line on line, line on line, a little here, a little there," That they may go and stumble backward, be broken, snared and taken captive. Therefore hear the word of the Lord, you scoffers who rule this people in Jerusalem. You boast, we have entered into a covenant with death, with the realm of the dead we have made an agreement. When an overwhelming scourge sweeps by, it cannot touch us, for we have made a lie our refuge and falsehood our hiding place.”

He urged the families of the deceased and other families to be steadfast in prayers so as to break and save themselves from that bondage with the devil.

Many People Cook Food Without This Leaf Without Knowing It health Benefits.

Date Rush Fun's Reacts to Drama over a Warm Hug on Stage That Got The Ladies Jealous.