B/R: Police Kill's Man At Berekum After He Stabbed An Officer To Death And Attacked Other Officer's. 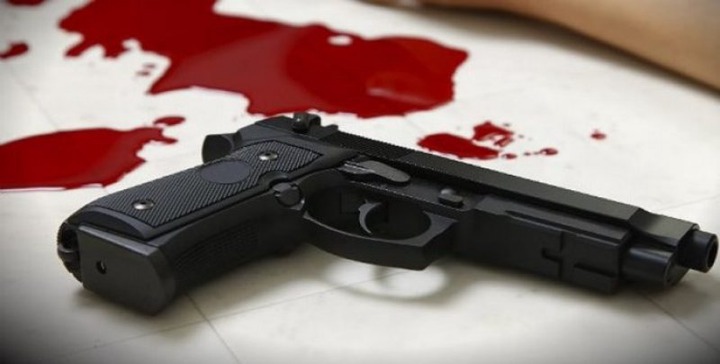 An ex-convict and a suspect in a police investigational case, Yaw Peprah who stabbed and killed an officer in Berekum in the Bono Region of Ghana has been shot dead in a police manhunt. The murdered officer, General Sergeant Bright Annobil with No. 38717 of the Berekum Police Department was killed after accompanying the suspect to to police station.

The officer was rushed to the Holy Family Hospital for treatment but died shortly after being admitted. A special manhunt excercise was initiated on the night of the murder, Saturday, January 15, 2022 by the Bono Regional Police Command to arrest the suspect. During the course of operation, the suspect attempted to attack the arresting Officer's but was shot dead on the spot. The Inspector General of Police, Mr. George Akuffo Dampare has visited and spoken to the family of the deceased general sergeant, Bright Annobil and has assured them of the support of the Police in their time of mourning.

The body of the suspect and murderer, Yaw Peprah has meanwhile been deposited at the Holy Family Hospital Morgue awaiting it's family members. The police released a press statement on their social media handles after the aftermath of the case. Below is a screenshot of their statement: 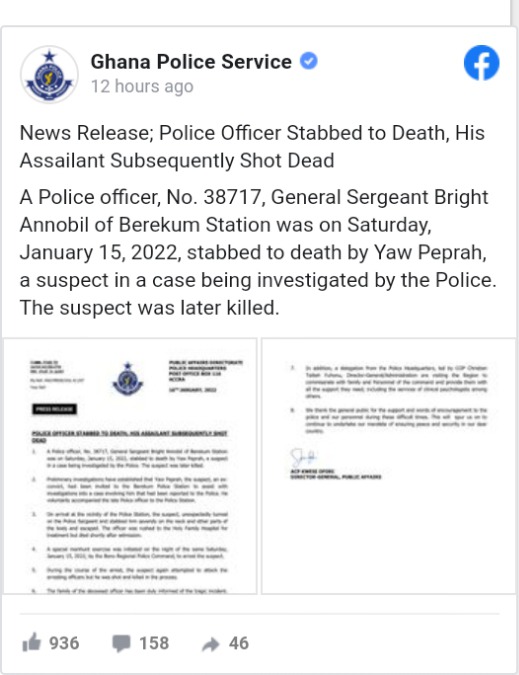