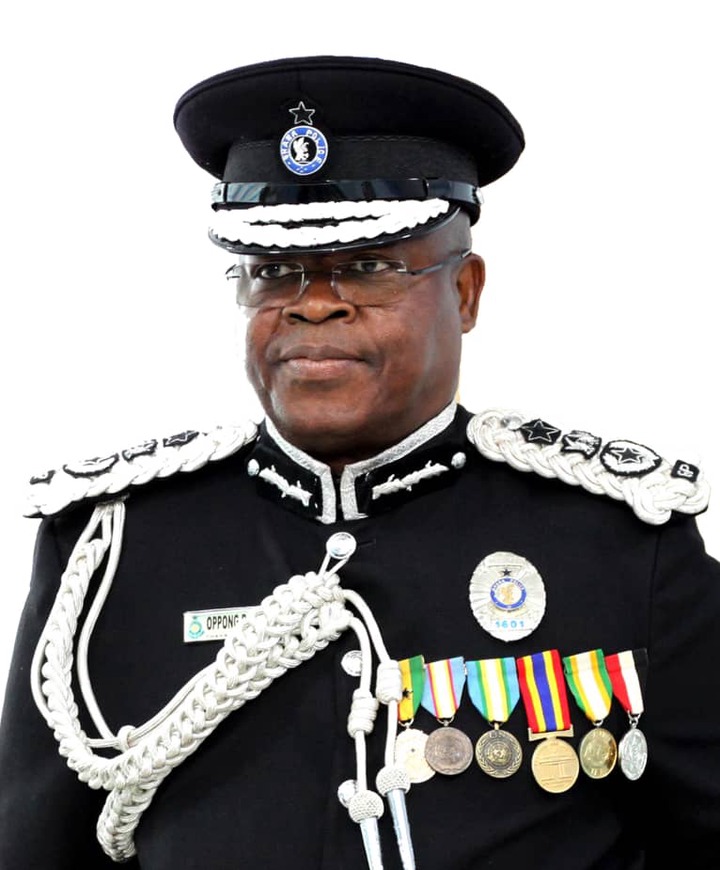 To err, they say is human but to forgive is devine. Most at times, the problem is not in the error but the acknowledgement of the error. Former Inspector General of Police (IGP), Mr. James Oppong Boanuah had to eat the humble pie as he begged Ghanaians for forgiveness.

A handing over parade was organised by the police administration in Accra yesterday to officially inaugurate the new IGP Dr. George Akuffo Dampare. The brief but colourful ceremony saw the two men and other dignitaries taking turns to give statements. 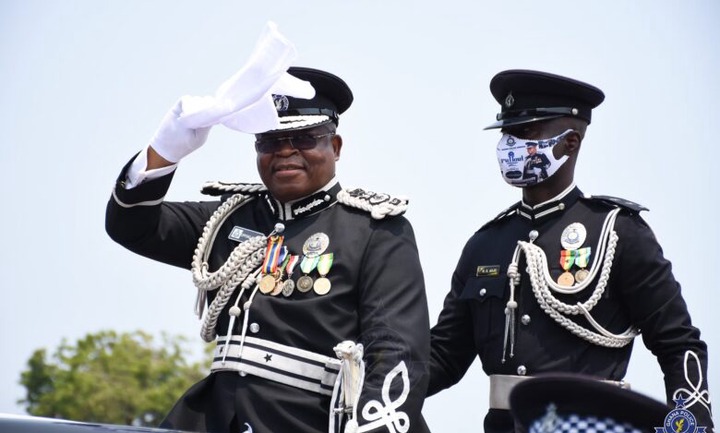 Mr. James Oppong Boanuah used the occasion to ask anyone he had offended or disappointed in anyway to forgive him. He also pleaded with the men in uniform to extend the support they gave him to the incoming IGP to ensure he too succeeds.

"Under my watch Ghana was ranked the second most peaceful country in Africa. I believe we can do better to the become tha most peaceful country not only in Africa but the world at large. I am equally aware that crime rate is increasing in the country, a concern for every Ghanaian. This is why I encourage all of you to support my younger brother to succeed. As human as I am, I may have stepped on some toes while I discharged my duties. I may have offended or disappointed one or two people during my tenure. I therefore urge anyone who was disappointed in my administration to forgive me for not meeting your expectations", he emotionally stated. 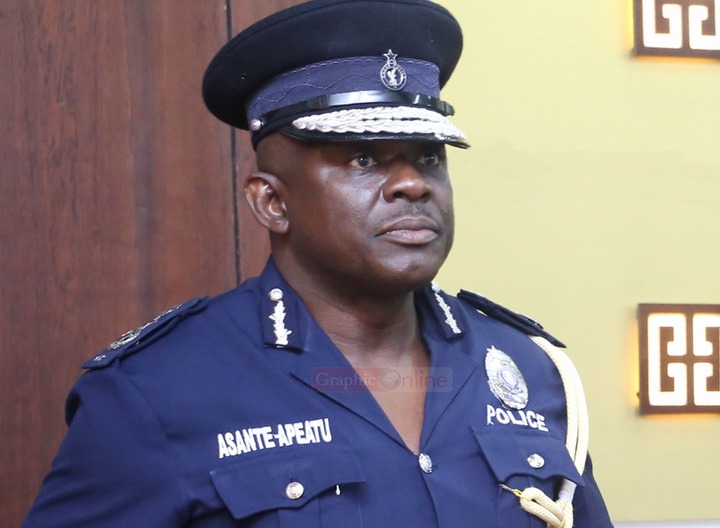 Oppong Boanuah took over from Mr. David Asante Appeatu in a circumstance many described as besire. Asante Appeatu was due for retirement in three weeks when the president directed him to proceed on leave. People attributed his ousting to the resignation of his Secretary General Peter Toonu Lanchene who later contested and won the Wa West cinstituency seat for the NDC.

Mr. Boanuah's tenure had rather seen increasing crime rate with the men in uniform not left out. Ghanaians could not sleep in peace as news of killings and robberies became a daily thing. Very recent are the killing of Constable Emmanuel Agyemang who was excorting a bullion van. Just last week, armed robbers killed a young nurse in Bolgatanga-Bawku road.

His inability to apprehend the killers of Ahmed Suale, killers of slain MP for Mfantsepem, find the Takoradi girls, contain the Ejura disturbances among others made many lost hope in him. On several occasions, security analysts had called on the president to replace him with a younger officer. They also recommended Mr. Nathan Kofi Boakye as his successor. 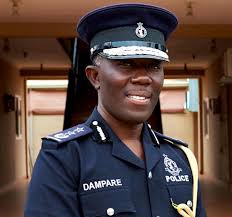 President Akuffo Addo finally removed Mr. Boanuah when he had two months left to end the two year contract. But he failed to appoint the man of the people to take the position of IGP. Nonetheless, the man he appointed, Dr. George Akuffo Dampare was welcomed by both the security analysts and the citizenry. He will be serving in acting capacity.

Do you think the apology of Mr. James Oppong Boanuah was timely or too late? Take to the comments section to air your views.