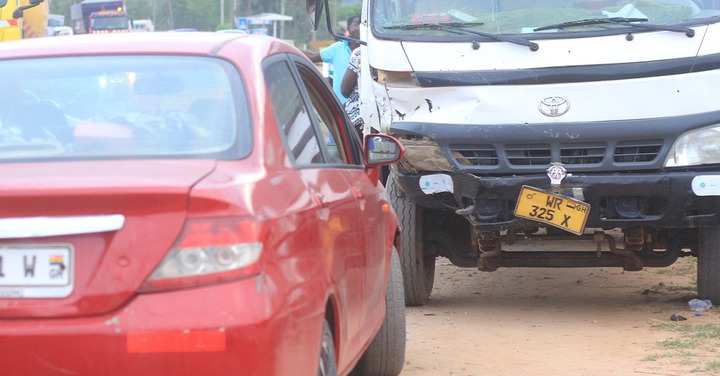 The Effiankwanta Regional Hospital in the Western Region is currently battling to save the life of a young student who was on board a trotro vehicle that collided with a truck loaded with cement in Takoradi. The student was rushed to the hospital after a private facility located where the accident happened could not contain the situation. Now, doctors have indicated that one of his vital bones has fractured.

This is sad news that can happen to almost everyone. He was with his colleagues and decided to board the trotro vehicle with registration number AS 8222-10 to their destination at Apowa, a community in the Ahanta West Municipality of the western region. As the trotro driver was moving in his lane, the cement truck with registration number WR 325 X which was also coming from Apowa crashed him head-on and that caused the passengers on board including the student to sustain various degrees of injuries. 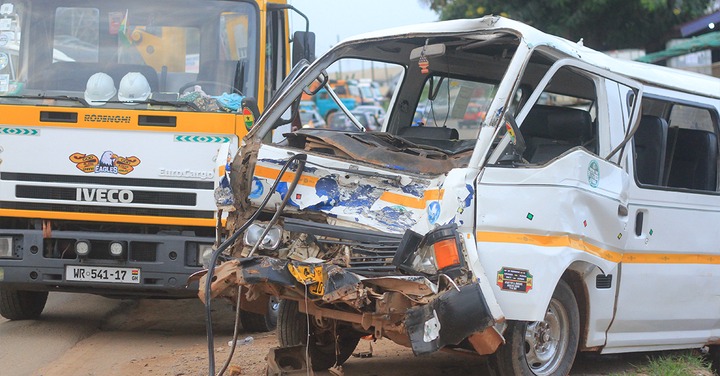 But the accident was not caused by any of the two vehicles mentioned above. The truck driver was in the same lane, with a Honda private vehicle and eyewitnesses are blaming the Honda driver for causing the accident. He had apparently dropped a passenger at one of the bus stops and just after that, he moved back into the main lane without looking through his driving mirror for oncoming vehicles. At the same time, the cement truck was also moving in the same direction, this caused the truck driver to prevent hitting the Honda vehicle and as a result, crashed into the trotro. 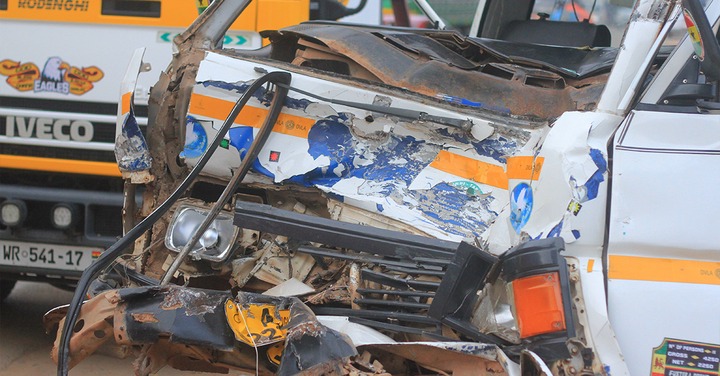 After causing the accident, the Honda driver left the scene but the bystanders chased him back to have a look at what he has caused. As he started explaining himself, it was realized that he was drunk, since alcohol was smelling from his mouth. They asked if he had taken alcohol and he confessed to taking a small one but not drunk as being speculated by the eyewitnesses. 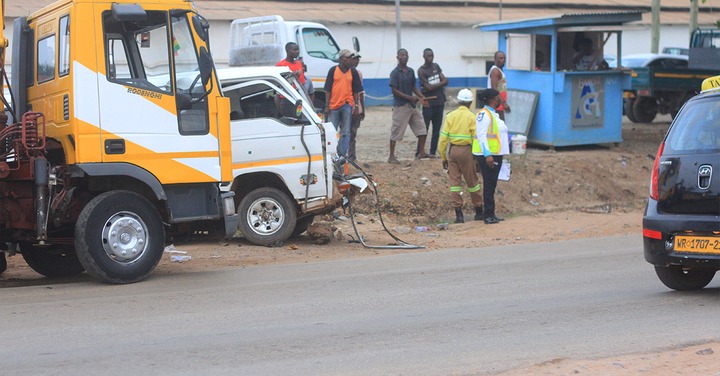 To avoid further embarrassment, he quickly rushed to the nearby shop to get a nose mask to control the alcohol scent that was blowing from his mouth. The passengers in the trotro were the most affected. Most of them have been treated and discharged but one of them is currently in critical condition. The Police were at the scene and have invited all three drivers for investigations.

But the situation where a driver drinks and drives must not be tolerated by anyone. It is a situation that can cause the lives of innocent persons. Such a driver must be dealt with by the police according to the laws if investigations reveal that he was indeed drunk.

How Hearts Of Oak Could Line Up Against Real Bamako

The Real Enablers Of Galamsey Is The NDC - Dennis Aboagye