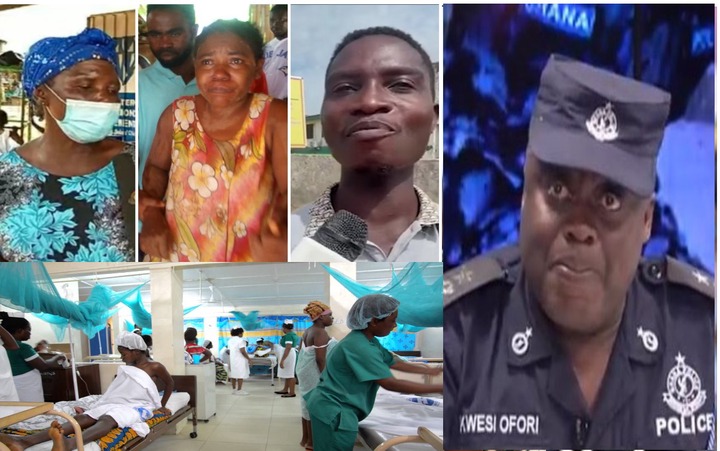 The Police should be closing up on their investigations in the alleged kidnapping of Josephine Panyin Mensah of Takoradi. The latest as reported by Takoradi-based Empire FM is that the victim who is currently considered as a suspect in the case, Josephine has confessed she faked her pregnancy.

The news had struck the husband into shock, leaving many who trusted her story to fear for the worse if the police proceed with their charges against her. In what appears to be a confession after gaining some strength at the Effia Nkwanta Regional Hospital, Josephine told medics who have been attending to her that she was never pregnant and that the husband, Michael Simons should forgive her.

According to the report, Josephine who claimed to have suffered forced labor when she was captured by the assailants, had since her admission at the Effia Nkwanta Regional Hospital, failed to make a request to change her sanitary ware nor request for a supplement to tidy up. This raised suspicions about her statement and caused some midwives to persuade her to speak the truth.

In a teary mood, Josephine admitted that she was not pregnant but had to lure the husband to believe her a story. She is said to have admitted to denying the husband sex for the past four months claiming that it could terminate the pregnancy. This suggested, the poor woman might have planted some material on her belly to convince the husband and relative that she was pregnant.

So far medical reports as reported by the police had indicated that Josephine Panyin Mensah was never pregnant. The news in its initial stage was heavily protested by the family and some residents in her neighborhood who had vouched the pregnancy was real.

With this information coming out, much premium would be placed on what the Police may report on the matter going forward. ACP Kwasi Ofori earlier this morning hinted that three charges are likely to be preferred against Josephine, and the three conspirators who have already been arrested by the police.

Shame on you for your shallow analysis. I am in the chamber, come and get me- Sam George

Atta Mills Could Not Solve The Problem Of The Day. How Do You Expect Me To Solve It: Akrobeto