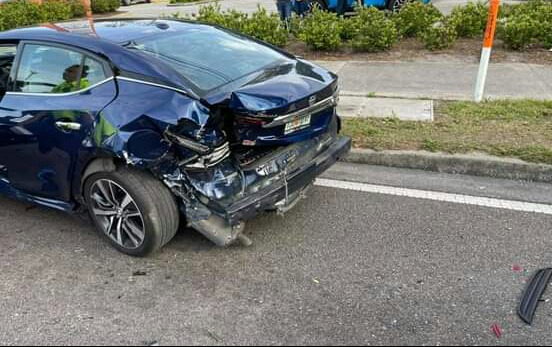 Two out of four people who were sitting in a 2020 model of Nissan Maxima and two additional persons, had been rushed to the hospital after they crashed on Pankrono road this morning. The front passenger seat of the Maxima who was among the ones without any injures was still on the scene waiting for the police to arrive after her family was transported to the hospital. The front passenger of the Maxima who identified herself as Ellen was driving with her brother and children when two cars forced them to crash this morning.

Ellen who took delivery of the 2020 Nissan Maxima sedan car registered it this year in February when she cleared the car from the port in January. The car was sent by her husband who was working and living in Germany. The husband works and lives in Germany but makes it to Ghana every six months, and that has been the agreement of their marriage after they got married in 2013. Ellen knew how to drive but was stopped on driving by the husband when doctors made them aware of Ellen's sugar level which wasn't appropriate for her to be on the wheel.

The husband who is in Germany trusted the care of his wife to Ellen's younger brother who has been driving them after the car arrived in Ghana this year. They were on their way to church when two drivers who were misbehaving on the road forced them to crash. Ellen's brother Fiifi was driving from Old Tafo to the Catholic church at Pankrono estate when two drivers were playing on the highway. A commercial driver had picked a passenger at a junction and on driving back to the road, he didn't check and scratched the front bonnet of another commercial car that was overtaking the car at the junction.

The first commercial car been the caravan, thought if he allowed the sprinter commercial car to lead him, he will rather pick all the passengers on the road which will make him the caravan lose money. And that made him forced himself onto the road without checking if the car was near him or not. The caravan driver did not stop to even check on the sprinter to access the damage caused and seek the way forward, and drove away. The sprinter driver used his hands to signal the caravan driver of scratching him but he didn't stop and drove away.

Fiifi was driving at a minimum speed limit because of Ellen's children, who were sitting at the back seat when the caravan overtook him at a top speed. Fiifi looked into his mirrors and saw another commercial car coming at a top speed. He branched to the other lane so the sprinter can use the other lane, yet the sprinter kept following him. Fiifi who was driving behind the caravan was forced to halt his breaks when the caravan who was driving at top speed suddenly stopped to pick a passenger. Fiifi crashed the back of the caravan when he suddenly came to stop without any warnings. The sprinter who was also following Fiifi crashed his back as a result of the effort of the Caravan driver.

Fiifi sustained serious injuries whiles the front seat passengers of the sprinter also sustained head injuries because of lack of seat belts. One child of Ellen who was playing on the iPad the father bought for him hit his head on the iPad, when the car crashed the caravan. Though he was in seat belts but still crashed his head to the iPad screen. Both the two front passengers from the sprinter, Fiifi and Ellen's child were all taken to the hospital whiles Ellen waited for the police to arrive. 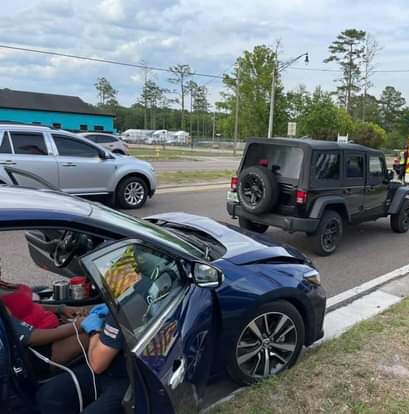 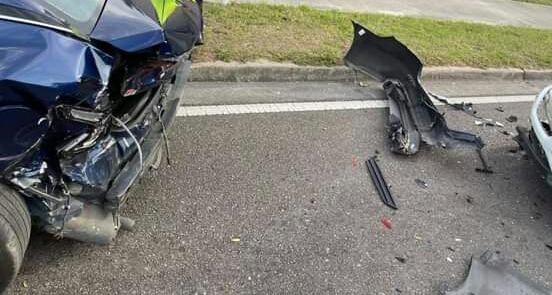 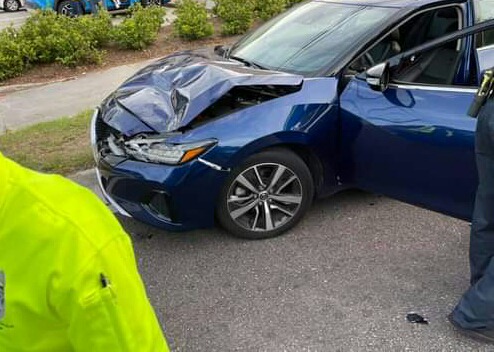