"Doctor just confirmed my daughter did not commit suicide," says Leticia's mother, who is in tears.

By Dr.Cofie_News (self meida writer) | 1 months 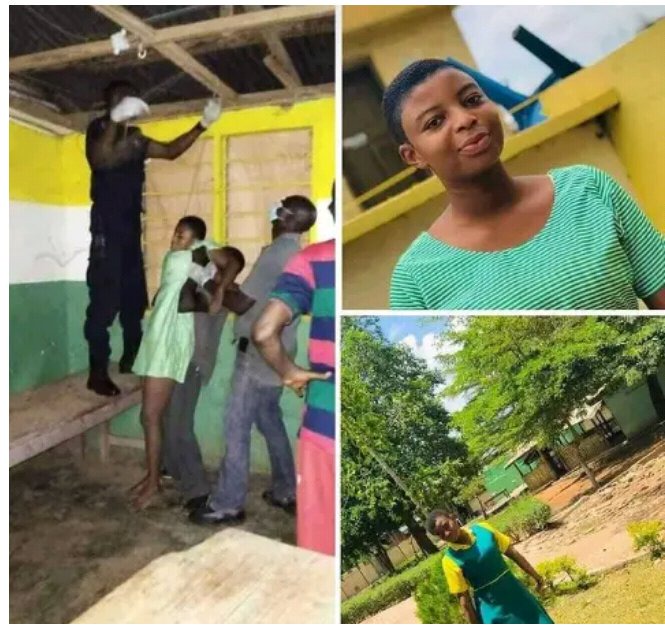 After reportedly killing herself and leaving a note that reads, "there is so much sorrow and suffering in my heart," the young girl was discovered hanging in the school's dining hall.

Any of the students who talked to reporters said that their colleague had been moody all day and that they had no idea what was wrong with her.

However, in a new video, a woman claiming to be the deceased's mother claims that the deceased was murdered and then hanged to cover up the crime.

She claimed empathically that a doctor reported to her that her late daughter committed suicide because her tongue did not stick out when she died and she did not move stool or urine involuntarily during the suicide phase.

There was no proof that the 16-year-old hanged herself, according to her sister. She found out that the deceased may not have climbed through the rope because there was no chair or table on the scene.

The bereaved sister, sobbing uncontrollably, believed that certain people at the school had murdered Leticia and were attempting to make it seem as if she had committed suicide on her own.

Content created and supplied by: Dr.Cofie_News (via Opera News )