By Tawnews (self media writer) | 5 months ago 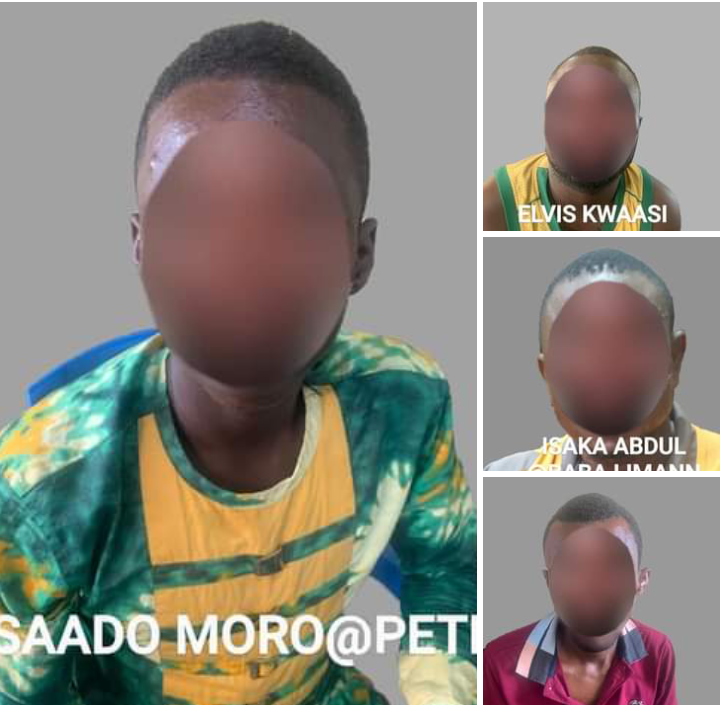 Ghana Police service has released a notice to update Ghanaians on the latest development on armed robbers who attacked a gold-buying company and in the process killed the security man and another person.

The incident took place at Asaman Tamfoe. According to the Police, four suspects have been apprehended so far and will be prepared to face the law.

The report from the Ghana Police also noted that though they are currently pursuing the other three suspects. The service through sustained intelligence-led operation over a nine week period have arrested four armed robbery suspects in who were involved in a robbery attack that led to the death of two people at Asaman Tamfoe in the Eastern Region on May 27, 2022.

The robbers, numbering seven, attacked a gold buying company in the town, shot and killed the security man on duty and robbed the company of an unspecified amount of money. While attempting to escape, they also shot one other person who later died.

The service want to assure the public that the remaining three members of the gang will definitely be apprehended and brought to book. 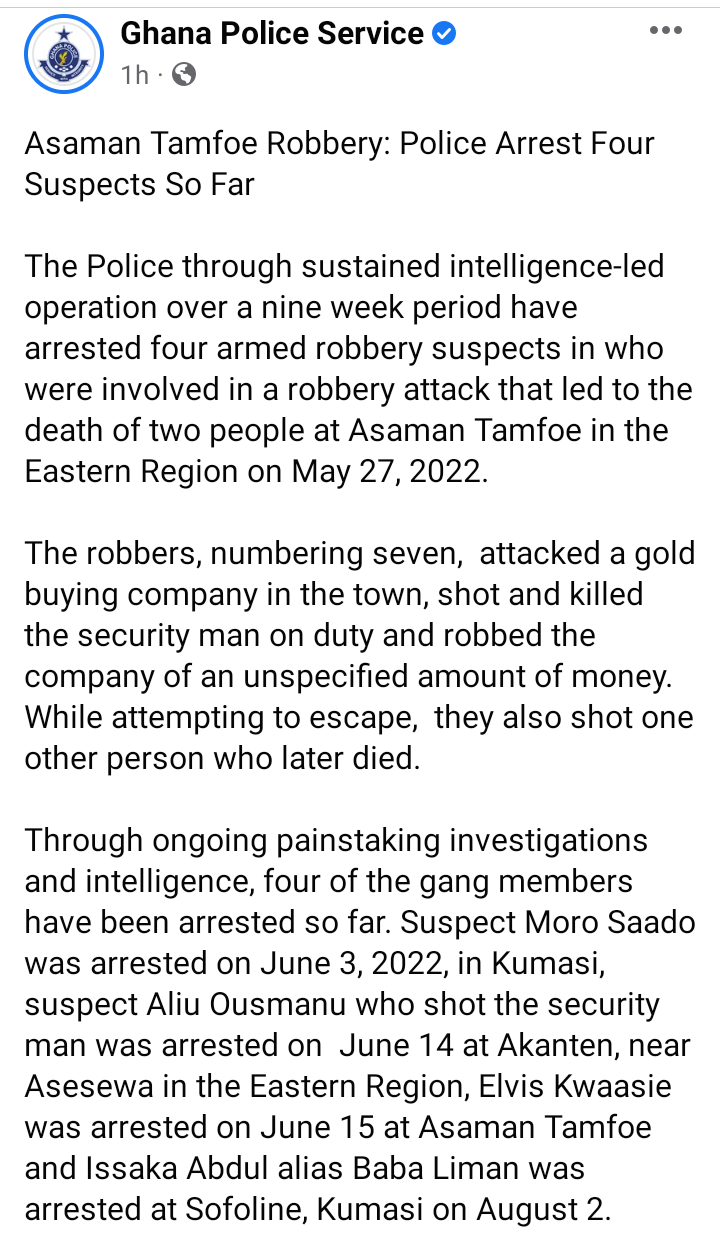