By tellghana (self media writer) | 2 months ago 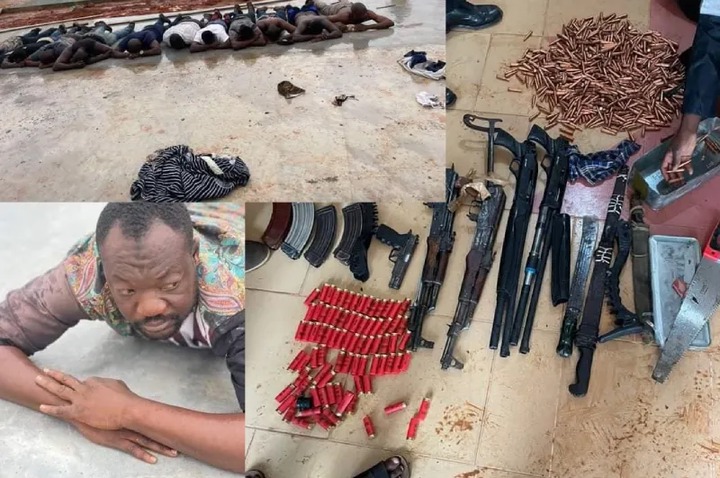 The Ghana Police Service branch in Gambaga in the North East Region of Ghana has arrested twelve (12) suspected land guards.

The Police are said to have also seized some dangerous and deadly weapons from these people.

With reference to the new Vigilantism and Related Offenses Act, all 12 suspects have been charged by police prosecutors in Nalerigu.

On Tuesday, the police received a report about a clash between some residents of Gambaga and these suspects.

Some residents of Gambaga were protesting the takeover of the community land thereby leading to a clash involving the land guards.

The heavily armed land guards opened fire on the protesting resident which led to an injury of one person through a gunshot.

The police after the incident dispatched a joint team of security personnel to arrest the 12 armed land guards including the private developer identified as Tanko Balewa.

The operation led to the seizure of about a thousand pieces of live ammunition, one foreign pistol, and two pump action guns.

Under the new Vigilantism and Related Offenses Act, the 12 suspects have been charged with five counts of offences.

They were also charged with possession of firearms and ammunition.

They were granted bail on Thursday after they appeared in court.

Content created and supplied by: tellghana (via Opera News )