By Genuine.alert (self meida writer) | 25 days

A student of Asare bediako senior high with the name Micheal Dakora gets 15-year prison sentence by court. 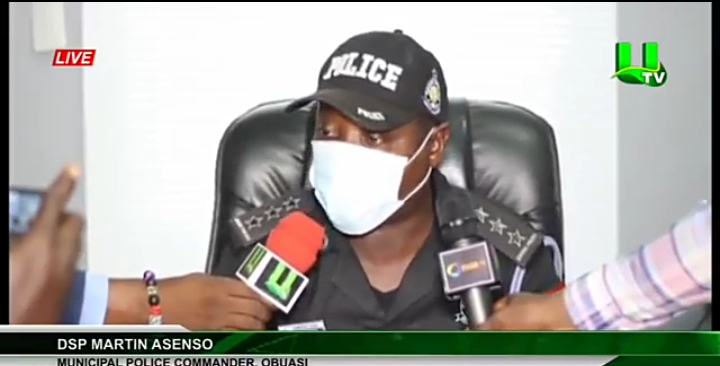 From the narrations of DSP Martin Asenso, Police commander ;

On the 8 of April, the victim, Bernard Appiah reported an issue at the police station in obuasi that two guys have snatched his motor .He is a commercial motor rider,he took them from where they were to a certain town called okatetsieso.

On their way going, one of the boys deliberately dropped his slippers so the motor rider have to stop for him to go for his slippers.when he was going for it, the other guy who's now at the police custody removed a jack knife and pointed it towards the motorcyclist saying if he knows what is good,he should leave the motor to him and his guy,Bullet(his real name isn't known yet).

That Bullet guy too sprayed a pepper spray on the cyclist face to make everything easy and move on .

God being so good, they packed the motor for somewhere for the robbery .The motorcyclist also reported the case very early to the police officers so they hid to grab the one who will come for the motor.

At 1 AM,Dakora sneaked and manage to get to where his motor is buh God being patient he was grabbed by the police officers.

He admitted that he was the one so the court gave him 15 years in prison.

Content created and supplied by: Genuine.alert (via Opera News )