Remove Your Mind From The Case, The Boys Will Be Jailed For Just 3 Years - Lawyer Says

Following the recent Sad incident that took place at Kosoa precisely in the Central Region of Ghana, there has been a lot of controversies concerning the Murder of a 10 year old boy, who was killed by two Suspected "Sakawa Boys", on the plans to use him for Money rituals. A Ghanaian lawyer has advised the Parents of the deceased boy, to better forget About case because nothing tangible will be done Concerning it by the Court.

It was gathered that Lawyer "Patrick Kusi Oboadum", has come out to advise the parents of "Late Ishmael", who was killed in an Uncompleted Building by two boys (Felix Nyarko and Nickolas Kini), for alleged money Rituals, that it will be better for them to remove their mind over the matter, and better seek for peace and reunion between them and the Boys. Adding that even if the Law declares them guilty of the Crime they were accused of, that they will only be sentenced to just 3 years imprisonment. And there are possibility that those boys will be taken care of in a well bolster catered Home.

Furthermore, the Lawyer said that there is no judge in Ghana that can exceed that, because the two boys will be rated as children who are mare minors or juveniles. He added that it is only the ministry of Gender that could petition the Attorney General, to extend a sentence if they feel unsatisfied over the Case.

"Even with the Matter, the Gender Minister will ensure to reopen the case and then prove her point afterwards. Now my advise is that even in the bolster home, the suspected Killers of the young boy will be treated very good, because they are still teenagers. And then after the period of three years, they will be set free into the society", "Lawyer Patrick Kusi Oboadum" Said. 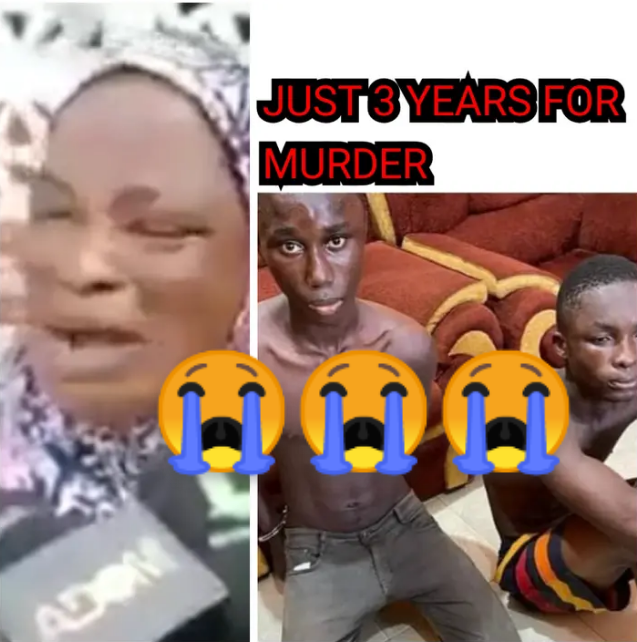 Meanwhile, it is Crystal clear that the reason why this legal practitioner has taken to advise the Parents of this boy, is for them to let bygones be bygones and Forgive those two boys. And that they should allow GOD seek justice over the gruesome murder of their beloved son, because the Court cannot do anything from their expectations.

What do you have to say Concerning what this Lawyer Said. Do you think that those boys will just be jailed for 3 years Only?

Please share let's seek the Opinion of other Ghanaians over this Matter.