A test drive on the Asamankese to Afranso road has turned into chaos after the new driver lost balance and threw the car into the Afranso Forest in the Eastern Region. The driver of the DVLA registered Toyota Hilux forced himself into the forest when a faulty truck was wrongly parked in his lane without any road signs of a faulty truck, causing the life of the owner of the car. 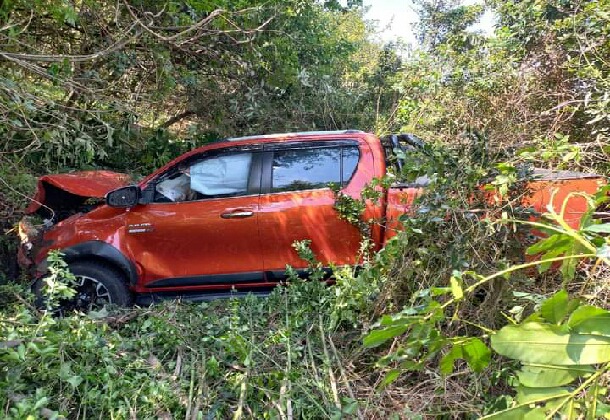 The deceased, Amanfor Peter, died this morning when he was rushed to the hospital yesterday afternoon. Amanfor could not survive as the new owner of the car used his side to crash into the trees. Amanfor sustained serious head injuries which caused a greater threat to his health yesterday. He was stabilized and was scheduled for an emergency surgery this morning, but died before his referral to the Koforidua Regional Hospital, where his surgery was to take place.

The test driver and buyer of the car, Samuel Kangai, was saved by the front airbags with minor injuries. Samuel in his report from the Asamankese Hospital to the Asamankese Police narrated that, a Kia truck was left in the middle of the road unattended and that forced him to crash into the forest. 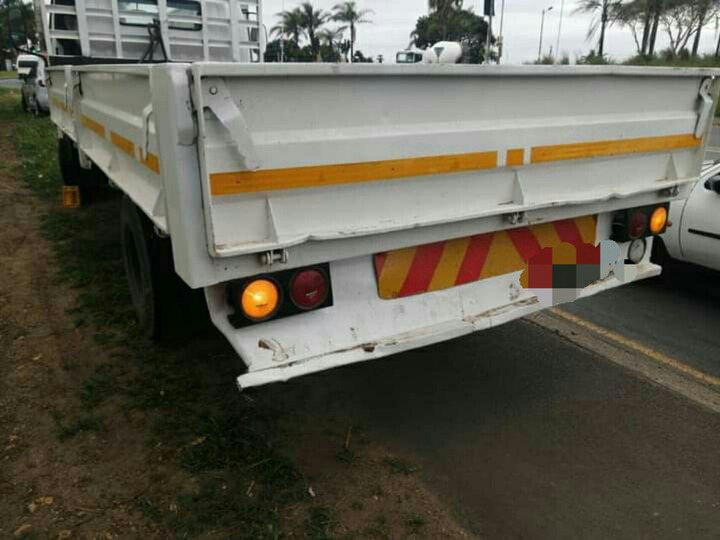 From Asamankese to Afranso, right after the Kokrans Guest House was a faulty Kia truck parked in the ingoing lane of Afranso. There was nothing on the road like leaves or a triangle sign warning of a faulty truck and that caused me to crash into the forest, Samuel said in his report. Samuel the buyer, after paying over 50% of the car price, decided to test the engine of the car before making the remaining payment but lost the car as he crashed into the Afranso Forest.

We set off from Asamankese around noon yesterday, and headed towards Afranso but got into the accident because of the faulty Kia Truck. It was parked in the incoming lane of Afranso making it impossible for any car to overtake it, Samuel added. The lane going to Afranso was where the faulty Kia truck was parked with no signs warning drivers of danger ahead. 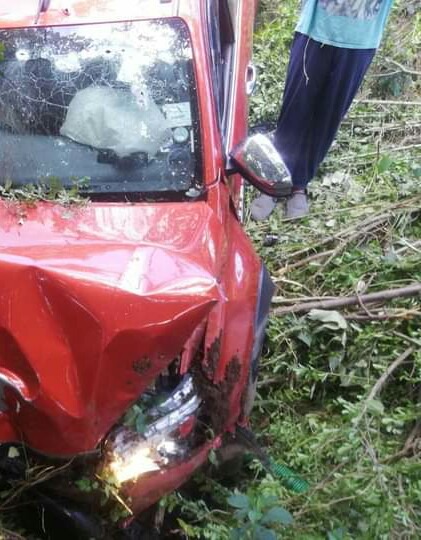 Samuel came suddenly to the faulty truck in the middle of his lane and couldn't get into the other lane as an oncoming car was approaching. Samuel, who would have crashed into the truck from the back, made a judgement call to save himself and his passenger, thereby veering off the road and crashing into the forest.

Samuel and his passenger, Amanfor Peter we're rescued by the passengers of the oncoming car when he crashed into the forest. Samuel and Amanfor were both taken to the Asamankese Hospital yesterday, but Amanfor; the owner of the car died this morning from head injuries. 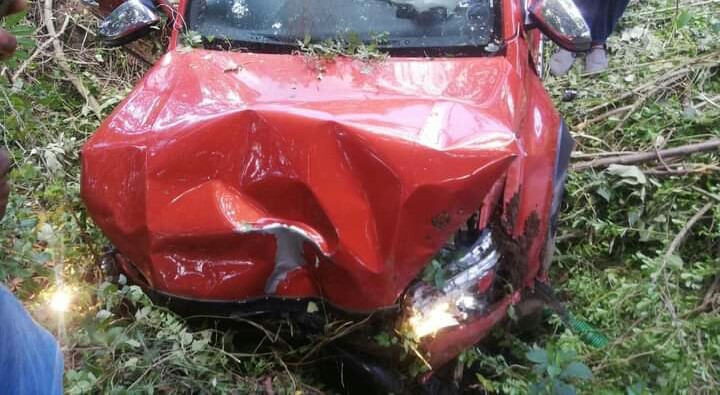 The police at Asamankese has arrested the driver of the faulty Kia truck for abandoning his car in the middle of the road. Police Officer Sampson Kodua has confirmed their readiness to prosecute the driver of the Kia truck for causing the accident that took the life of Amanfor Peter. This prosecution will help serve as a deterrent to other drivers who likes using the roads as their garage, parking their faulty vehicles, the officer stated.