They Charged At Us With Firearms, Machetes, And We Responded- Police Justifies Shooting At Ejura

By Tinchie (self media writer) | 7 months ago The Ghana Police has justified that the firing of arms at the rioting youth at Ejura which resulted in the death of some two people and several injuries, was necessary. According to a statement issued by the Public Relations Officer of the Ashanti Regional Police Command, ASP Godwin Ahianyo, the irate youth charged at police and military officer with firearms and other offensive weapons while they were trying to managed the crowd.

The release indicated that the youth had by their rioting blocked road access via the Ejura-Atebubu section and thus impeded traffic. The police indicated that they and the military had to move in to 'quell the situation' only to be confronted with violence. 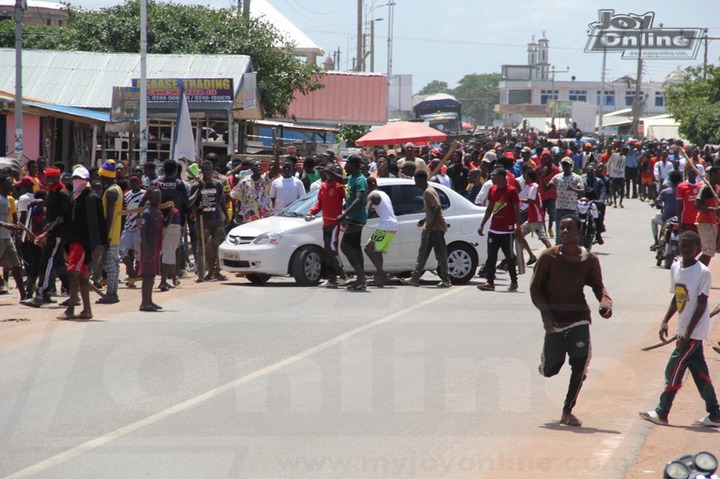 They stated that attempts to disperse the crowd proved futile as they continued to mass up and confront the security officers with threats.

"The security officers fired shots to disperse the angry mob who failed to retreat but rather massed up at all corners."

They acknowledged that some deaths and injuries resulted from that but were unable to mention a number to it.

"The death and injuries were recorded in the process," a section of the release read.

They are by this notice appealing to the traditional authorities and opinion leaders as well as the youth to calm down so that peace prevails. This development comes after the burial of Ibrahim Mohammed, alias Macho Kaako who lost his life after sustaining head trauma from a mob attack last week while returning to his home at 1:30midnight.

When news broke about his passing yesterday at the Komfo Anokye Teacking Hospital, the youth in the community threatened to retaliate on some persons alleged to have had a hand in the murder of the deceased. Their fury was targeted at the Municipal Chief Executive and his bodyguards.

Currently, calm has been restored by the Police insist some reinforcement would be needed. 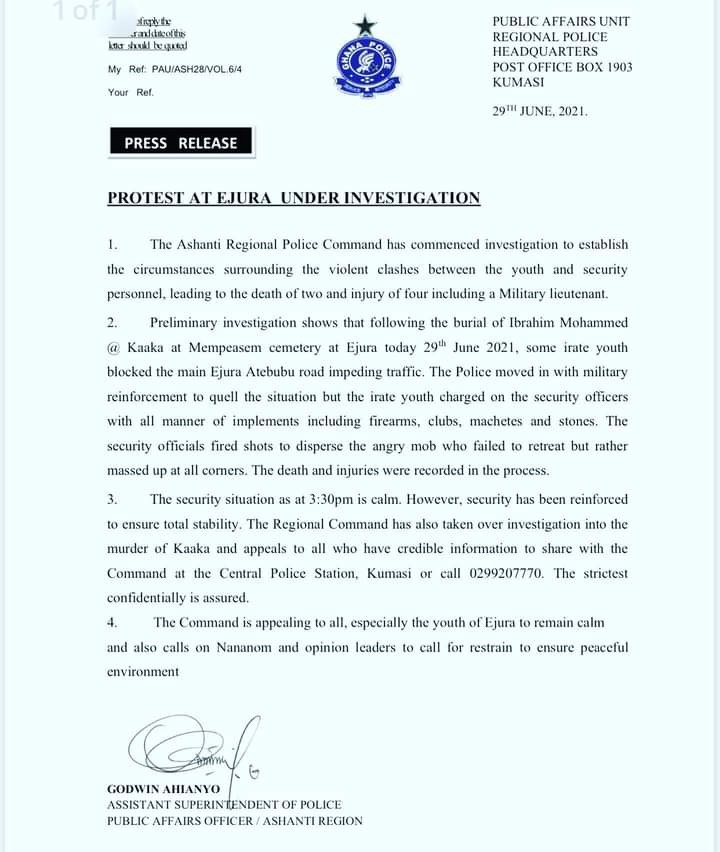