Woman Arrested For Allegedly Stabbing Her Boyfriend To Death In Ghana

By BuzzingSpank (self meida writer) | 6 days

A case of domestic violence in Ghana between a woman and her lover have resulted in death. 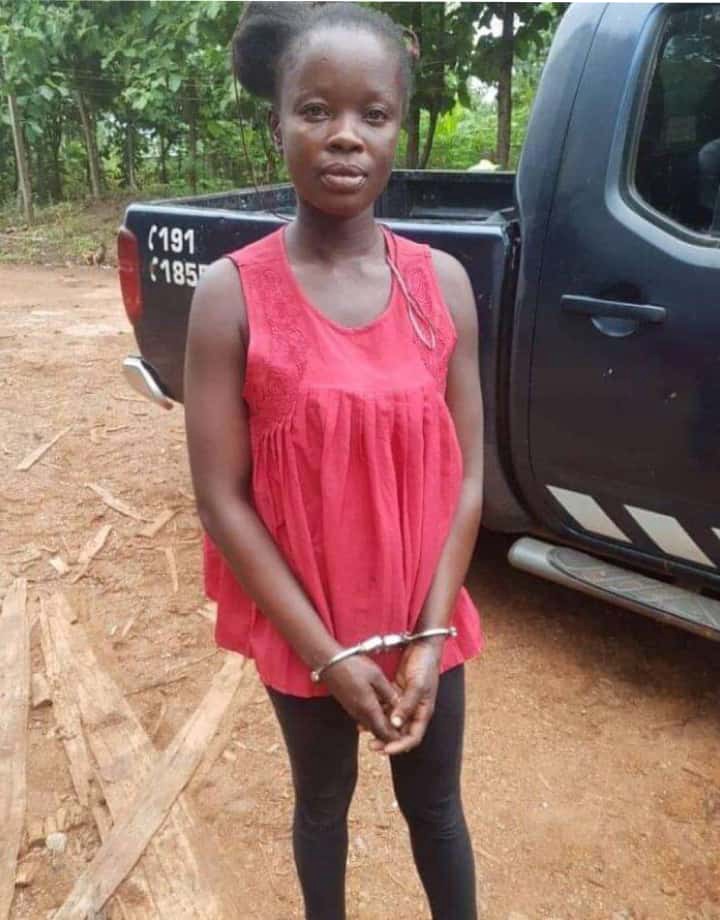 According to Berekum Hot Gossips, a 27 years old woman, Hilda Asumani was arrested by police over suspicion that she killed her boyfriend by stabbing him.

The hairdresser was said to have been arrested by the Police at Abesim in Sunyani Municipality for killing Prince Yaw Aboagye, a 30-year-old engineer of a said company.

The deceased who had fathered a child with the suspect having been in the relationship for about 6 years was said to have suffered series of wounds caused by the stab on his neck and chin.

Some tenant of the compound where the deceased was found noted that the couple used to engage in a number of quarrels.

The woman had suspected the deceased of having an affair with another woman and that was the origin of the quarrel which penultimately led to the death, a resident of the compound narrated.

Though the quarrel was later settled, Hilda refused giving back the phone she seized from the deceased.

A police source noted another quarrel between the two lovers ensued after the deceased denied his girlfriend a grass cutter meal that he was enjoying in the evening.

She had allegedly stabbed him four times on the neck and chin but tried saving him after her deed, but he gave up the ghost.

She is said to be cooperating with police in the investigation just as the corpse have been deposited in a hospital for postmortem.