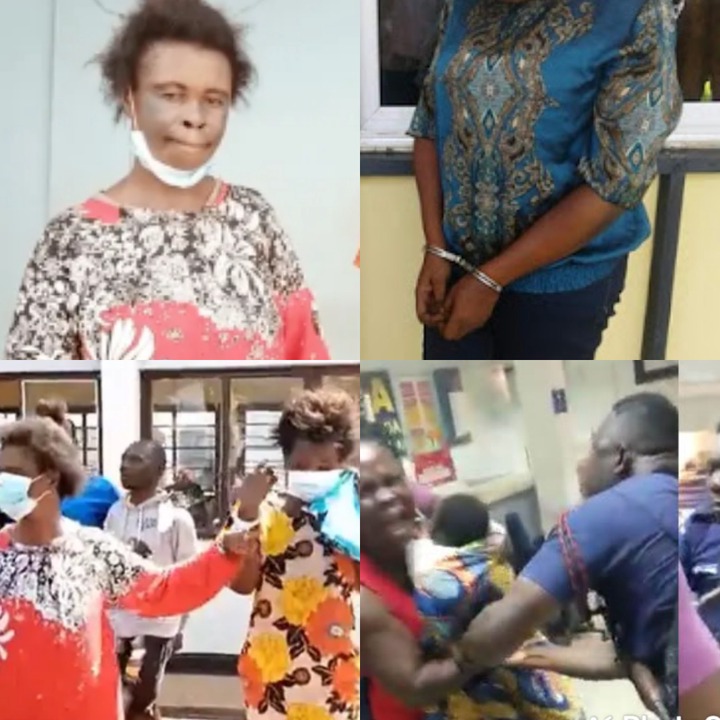 It was a scene of missed feelings when a 45 years old mother Theresa Asamoah was handed a 6 years jail term for stealing a new born baby.

According to the Chief prosecutor Inspector Oparebea, Madam Theresa Asamoah lured a pregnant Kayaye called Susan Pime to stay with them at Kumasi. With the lies that they are going to take care of her till she gives birth because they are good christians.

All these while, the daughter of Theresa Asamoah called Priscilla Appiah had put rags in her stomach faking a pregnancy for many months.

Priscilla Appiah was identified to be a rich business woman who produces Alata Samina in large quantities with many branches. However despite her riches, she hasn't been able to give birth to a baby of her own.

Nine months later, the Kayaye gave birth at the Kumasi South Hospital. The convict Theresa Asamoah quickly went to identify herself as the mother of the Kayaye. Due to how she had taken good care of the the Kayaye, she also accepted that she ( Theresa Asamoah) is her mother.

Theresa Asamoa then arranged with her rich daughter who has been faking a pregnancy to steal the Kayaye's new born baby. After the criminal act, they informed the Kayaye that her baby has died. She wept continuously and left for her Hometown at Nandom. The rich daughter of Theresa Asamoah also removed her rags under the pretence of giving birth. They presented the baby to her husband who was very happy.

Two years later, the Kayaye arrived in Kumasi only to discover from some street gossips that her baby is alive and grown. The gossips furher showed her the way to report and arrest Theresa Asamoah and her daughter.

After investigations, they accepted commiting the act. The Kumasi circuit court in it's own wisdom gave Theresa Asamoah 6 years to be in jail. A sentence many feels to be small. However, the laws have spoken. Her rich barren daughter Priscilla Appiah pleaded not guilty. She has been granted a bail of 100,000 Cedis which she personally fulfilled. Her fate will be determined soon.

Your Poor Performance is Unacceptable - Hearts Players Come Under Fire

We Have Missed The Services of Gladson Awako - Haruna